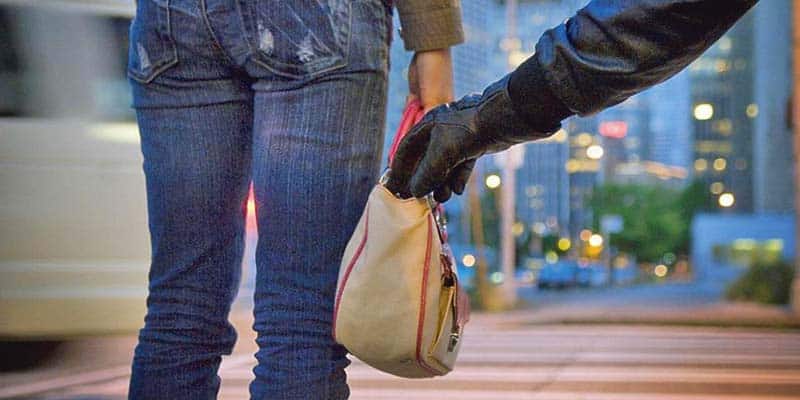 The annual crime statistics released by the government at the end of March showed that overall reported crime in the Algarve decreased slightly from 21,907 cases in 2017 to 21,680 last year (-1%) compared with Portugal as a whole (-2.5%). The very good news is that violent crime in the region decreased by 7.3% to 921 cases.

Safe Communities Portugal has undertaken an initial analysis of the report and more detailed figures provided by Direção-Geral da Política de Justiça to determine the crime situation for the Algarve and identify any noticeable crime trends. This is important because knowing the trends enables us to take appropriate crime precautions.

Putting the figures in context
Firstly, it is important to put all this in context, of what is happening in the rest of Portugal as well as Europe as a whole. In Portugal, over the last 10 years, crime has decreased around 22.1%, whereas in the Algarve it has decreased 25% during the same period. This is good news especially when considering the significant growth in tourism in the last few years. From a European perspective, Portugal maintains the lowest crime rate.

Algarve – the main trends
The decrease in overall crime is welcome as it reverses a slight increase in 2017 compared to 2016. Apart from this, crime has been decreasing steadily since 2008 when the total of crimes reported stood at 29,248.

The highest recorded crimes in the Algarve in 2018 were drink driving, followed by domestic violence and opportunist theft.

The main areas of increased crime compared to 2017 were related to fraud and forgery. A significant increase was recorded concerning drug trafficking, up from 393 to 466 cases, the highest in over 20 years.

With regards to property crime, there were some welcome figures, with opportunist thefts decreasing by 110 cases, an indication that people are taking greater care of their property. Pickpocketing decreased considerably (-20%) to 500 cases.

Together with a decrease of street robberies, down 9%, this is an indicator that crimes against tourists have decreased, as these are two of the main categories where tourists become victims not only in Portugal but in other countries as well. This is borne out by the fact that in Albufeira, which attracts the highest number of tourists, opportunist theft and pickpocketing fell by a quarter to 374 cases compared with 2017. These are the lowest in six years! Contributory factors include more focused and increased police patrols in the summer months and greater awareness through police campaigns and Safe Communities’ ‘Safe Tourism Programme’.

One of the most common crimes are burglaries and, in this respect, the situation was mixed, with burglaries involving break-ins increasing slightly to 1,199 cases (up 4.4%) and burglaries without break-ins decreasing by a similar amount.

The continuing decrease in thefts from vehicles from 1,252 to 1,209 cases is welcome.

Violent crime
There was a slight decrease in domestic violence, down from 1,437 cases in 2017 to 1408. This reverses a slight increase compared to the previous year.

Good news is that during 2018 there were once again no robberies at banks, pharmacies or on public transport in the Algarve. Robberies at commercial establishments (21 cases) were the second lowest for 11 years.

It was of concern that in 2017 residential robberies increased from 35 to 56 cases, but thankfully last year this fell to 47 cases. Many of the victims in these cases were the elderly with the culprits gaining access by pretending to be from various authorities.

Geographical distribution of crime
Compared to 2017, seven municipalities showed an increase and nine a decrease. In terms of the distribution of crime, Loulé had the highest number of reports, 3,661 (although this was down by nearly 100 cases concerning the previous year); followed by Albufeira 3,139 cases; and Faro 3,038 cases – reflecting generally the areas with the highest population and number of tourists. At the lower end of the scale, Alcoutim had the least number of reported crimes, just 105, followed by Monchique 175 and Castro Marim 192.

What we can all do to prevent crime
Although there is some good news, the level of crime that is preventable is still high. We can all do more by looking after our property, especially in public places.

Computer and online fraud are on the increase and here again we can do more by using strong passwords; avoiding opening suspicious emails and using up-to-date anti-virus protection.

Also, take care when booking holidays and use credit cards to book your accommodation rather than interbank transfers – this can help avoid becoming a victim of fraud.