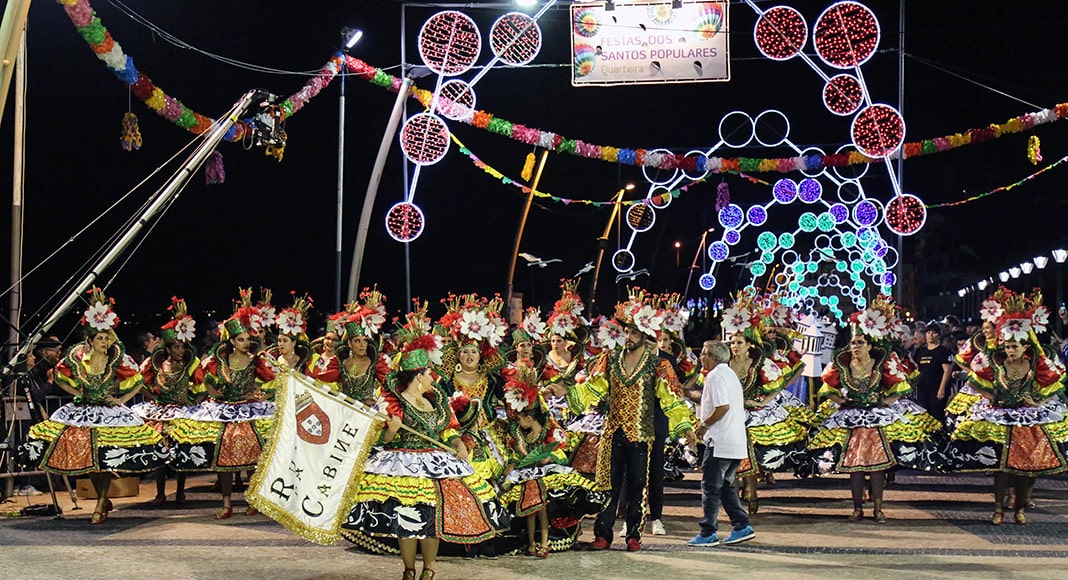 Portugal’s traditional Popular Saints celebrations are returning to the Algarve this month after two years during which they were cancelled due to the Covid-19 pandemic. Portimão, Quarteira, Ferreiras, and Castro Marim are all hosting their own celebrations.

Five parades are planned in Portimão, the first of which was already held last Friday (June 5) at the Portimão Arena. Mexilhoeira Grande’s football pitch will be the venue for the next parade this Friday (June 10), with festivities due to continue near Portimão’s recently revamped Lota building along the town’s riverside on Saturday, June 18. The two final parades will take place at Alvor’s riverside on Friday, June 24 and along Avenida Tomás Cabreira in Praia da Rocha on Saturday, June 25. All parades begin at 10pm.

Hundreds of people will be taking part in the parades, from members of local groups and clubs to local citizens. All in all, around 1,000 people are believed to be involved in the organisation of the parades, including choreographers and costume designers.

Known to be one of the most popular stops for Santos Populares celebrations in the Algarve, Quarteira will not be holding its traditional parades this year. Loulé council and the local parish council have justified the decision with the “successive lockdowns”, which prevented organisers from preparing the parades with the “necessary rigour”.

The special occasion will not be forgotten, nonetheless. Several ‘arraiais’ (street parties) are planned in Quarteira, the first of which on Rua da Cabine on Friday and Saturday (June 10 and 11). Rua da Alegria will also host three ‘arraiais’ on June 12, 23 and 28, while Rua Vasco da Gama will host two on June 17 and 18.

Businesses on Rua Vasco da Gama and Rua Bartolomeu Dias will also be exhibiting costumes worn in past parades between June 10 and 30, while an exhibition of photos from past parades will be displayed at Largo do Centro Autárquico on June 12, 23 and 28 from 10am to 9pm.

The small town of Ferreiras in Albufeira will also host Popular Saints festivities on June 12, 24 and 29, starting at 8pm at Largo das Ferreiras. The local parish council says on its website that there will be plenty of entertainment, from parades to the traditional ‘bailes’ (dances).

In the Eastern Algarve town of Castro Marim, celebrations will take place all the way through July 9. Nearly 20 ‘bailes’ are planned, but the highlight will be the ‘Arraial de São João’ on June 23 at Praça 1º de Maio, which will feature the final of the ‘Concurso de Mastros’ (Mast Contest) – a traditional event which sees local associations presenting their own decorated masts. The full schedule of events is available on the local council’s website.