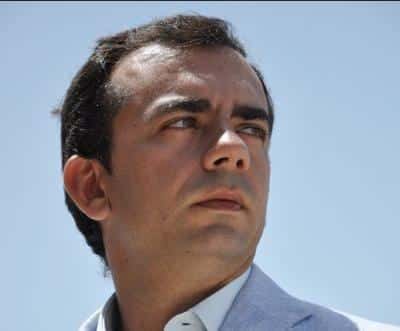 In an exclusive interview with Algarve Resident Editor Inês Lopes, the region’s tourism chief Dr Nuno Aires explains why the Algarve Tourism Board (ERTA) has an important role to play when it comes to educating people about the need for quality and professionalism in the tourist industry.

Dr Nuno Aires understands that his new post as President of the Algarve Tourism Board (ERTA) means a full agenda, but he says it is nothing he isn’t used to.

Although he officially took office on August 6, he feels well prepared for the job having previously fulfilled the role of vice-president at ERTA.

Aware that the global financial crisis is affecting just about every sector of the economy, he sees working with the trade and understanding the needs of businesses in the region as top priorities.

“The Portugal Tourism Board has created a series of incentives for businesses which employ seasonal staff such as restaurants, bars and hotels,” he said.

Every end of summer means unemployment rates in the Algarve increase drastically.

“Here in the ERTA building in Faro, we have a support office for business owners who would like to provide better working conditions for their staff. It is vital that they contact us.”

Dr Nuno Aires wants to reach out to the Algarve people so that together they can work with the same objective in mind – providing a destination par excellence that visitors want to return to time and time again.

“It is vital to invest in training in the tourist sector in order for the Algarve to stand out above the rest as a destination that not only has fantastic weather and beaches but also provides a quality service,” he said.

The majority of the complaints received by the tourism board have to do with poor service at restaurants and hotels, which is why investing in training is paramount. “Our universities are extremely well prepared at this level,” he said. “The younger generations that are coming out of university now should be qualified to provide a top service to our visitors.”

Poor signage on the roads has also led to a few complaints at ERTA but, according to Nuno Aires, every year improvements are made in this area.

The Algarve Tourism Board is working on a regional campaign to be launched in October, which will put emphasis on the need for everybody to get involved when it comes to promoting the region. Algarvians will be encouraged to welcome tourists with open arms, rather than crossed arms eagerly waiting for the end of summer and traffic jams to go away.

Nuno Aires is hopeful that the Algarve will react positively to the campaign. “I was told by Sir Cliff Richard once that our hospitality was the reason why he chose the Algarve to buy his property and not elsewhere,” he said.

As the region is being hit by the effects of the crisis and British visitors are much less evident in the Algarve this year according to the latest statistics, reports that people are cancelling their holidays due to swine flu do not seem to concern Nuno Aires.

The ERTA has been following official swine flu reports and working closely with the Algarve health authority (ARS) to ensure that more hospitals and health centres are equipped to better respond to the increasing number of cases in the region.

“This increase is understandable if we consider that the Algarve is visited by so many travellers. However, I am confident that our health authorities have the situation under control,” Nuno Aires said.

This summer’s car hire crisis added further concern to tourism officials. Nuno Aires said the shortage of hire cars was a result of poor decisions made by the car hire sector.

“I understand companies anticipated a slower summer and therefore chose to cut back on their fleets,” he said. “However, I expect companies to be prepared for next year, to avoid a repeat of the situation.”

Although the sun and sea will always be the reason for most holidaymakers visiting the Algarve, other attractions are being looked at by the Tourism Board.

Algarve wine has been given special attention this year with the appearance on the market of good quality wine by small and medium size producers.

A guide on the region’s wine industry was launched in Portuguese on June 26 by the ERTA in conjunction with the Ministry of Agriculture.

The English version, according to Nuno Aires, is expected to be printed before the end of the month, with 3,000 copies on sale in tourist offices across the region.

Diversifying the region’s tourist product is a way of keeping the spotlight on the Algarve. As well as wine, there was also special focus on the local gastronomy in this year’s Allgarve programme.

Golf is also highly positioned in the ERTA agenda as “this is an industry we should all be proud of as we have some of the best golf courses worldwide”.

A subject which has received much press coverage recently is the practice of naturism in the Algarve and the lack of official areas for this.

Naturists complain that few beaches are official for naturism and little is done to promote this ‘product’, with many choosing to go to Spain or other “more open minded” countries.

Nuno Aires says naturists must be respected and more needs to be done to accommodate them. “I sent an ERTA representative to a recent meeting about naturism in the Alentejo, specifically because I think we need to invest in this product.

“We have 200 kilometres of coastline – surely there is space for everyone?”

Plans for the future include the 2010 Allgarve programme and although Nuno Aires is not prepared to talk about it yet, he has revealed that street entertainment from international companies will be a high point next year.

Nuno Aires has a degree in communication sciences and was a former business administrator and former director of the ANJE business association.

He is due to be president of the ERTA until the end of his term in office in 2012, when there will be elections to decide who the new president will be.

He is married with two children and his hobbies include discovering new places to visit across the Algarve.