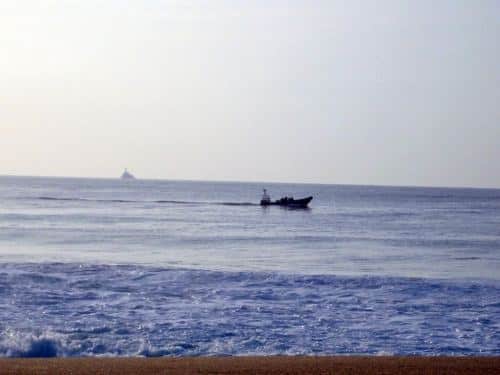 The Algarve continues to exercise its charm on foreign visitors staying in hotel establishments, this according to figures for the month of July released by the National Institute of Statistics (INE), which show an encouraging rise in business after a negative period of about four months.

The Algarve enjoyed an increase of 4.6% in the number of beds occupied, with the bookings coming predominantly from foreigners.

The city of Lisbon also registered a healthy rise of 4.2% while the Alentejo was up by 1.8% after a negative period over the previous six months.

More French (17.5%) German (15.2%) and Brazilians (10.4%) are visiting Portugal but fewer Spanish are coming (-14.4%), especially to the Algarve, apparently as a result of the high charges and complicated method of payment of tolls introduced on the A22 motorway.

The Italian market has also dropped by 6.2%.

The INE revealed that, on a national level, the increase of beds occupied in July (5.1 million) was due to a rise of 4.8% of foreign visitors and the total hotel establishment revenue during that month was just over €240 million, representing a 1.5% jump on the same month last year.

The Portuguese, however, are spending less and over the past 11 months reflect a reduction of 5.3% in bookings.

The brighter picture that is beginning to emerge from the July results is a welcome improvement on the downward trend in overall national revenue for the period from January to July this year which was just over €1 billion, down 2.5% on 2011.

Overnight stays were down 0.4% in the first seven months of the year when compared to the same period in 2011.