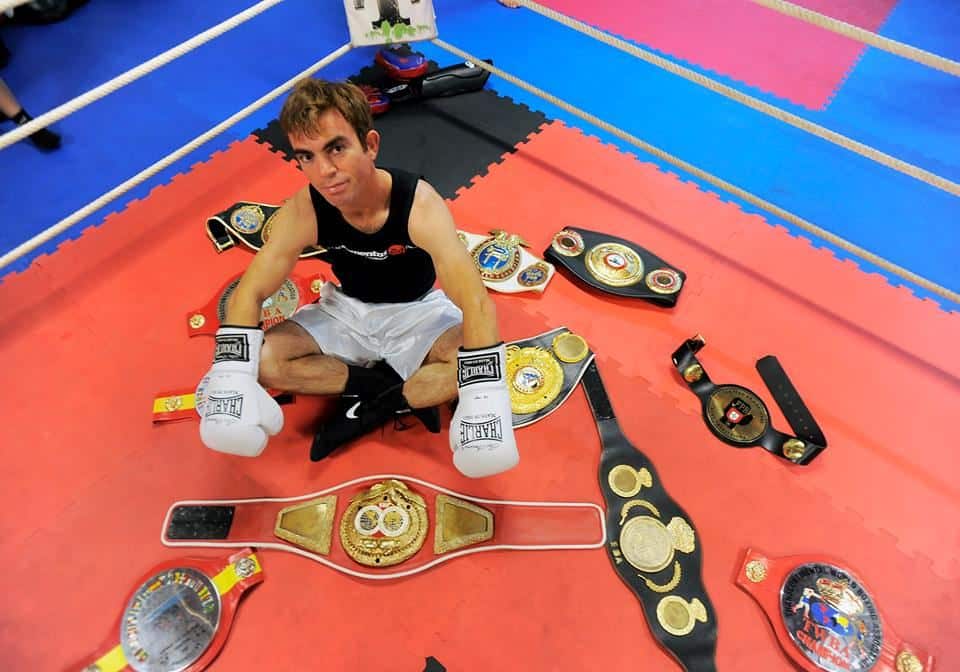 A horrific gangland shooting at a Dublin hotel that saw a drug kingpin killed and two others shot was witnessed by Algarve boxer António Bento ‘Algarvio’ and his crew on Friday afternoon (February 5).

The boxer had finished his weigh-in for a Clash of the Clans bout against Irish rival Jamie Kavanagh and was getting ready for lunch when he and his team saw men dressed as police with AK-47 rifles storm into the Regency Hotel.

“When they came in, they pointed their guns at us and told us to hide under the table,” Ricardo Ferro, the boxer’s physical trainer, told Jornal de Notícias.

David Byrne, described by Irish media as a “drug kingpin” and “one of the leading movers of the Kinahan drugs cartel”, was shot dead “right in front of our team”, he added. According to media reports, he was shot once in the head and twice in the body.

Up to 300 boxing fans, including children, had gathered to watch the weigh-in before the gunmen opened fire.

Irish broadcaster RTE has said “police suspect the shooting could be related to an ongoing feud between two criminal gangs following the murder of Dubliner Gary Hutch in Spain last year”.

Six men are believed to have been involved in the shooting. Three were dressed as Garda police, while another was disguised as a woman and was photographed tearing off a blonde wig as he fled from the hotel.

The gang escaped in a grey Ford Transit van which was found burned out nearby. The vehicle was firebombed to destroy any forensic or DNA evidence, writes the Daily Mail.

Police have set up checkpoints throughout the city to prevent a retaliation attack.

Kavanagh and Bento were due to go head to head on Saturday evening but the fight was cancelled and has not yet been rescheduled.

They were to fight for the WBO European Lightweight title.

Born in Olhão, Bento is a 39-year-old boxer currently ranked 178 in the world and number one in Portugal.