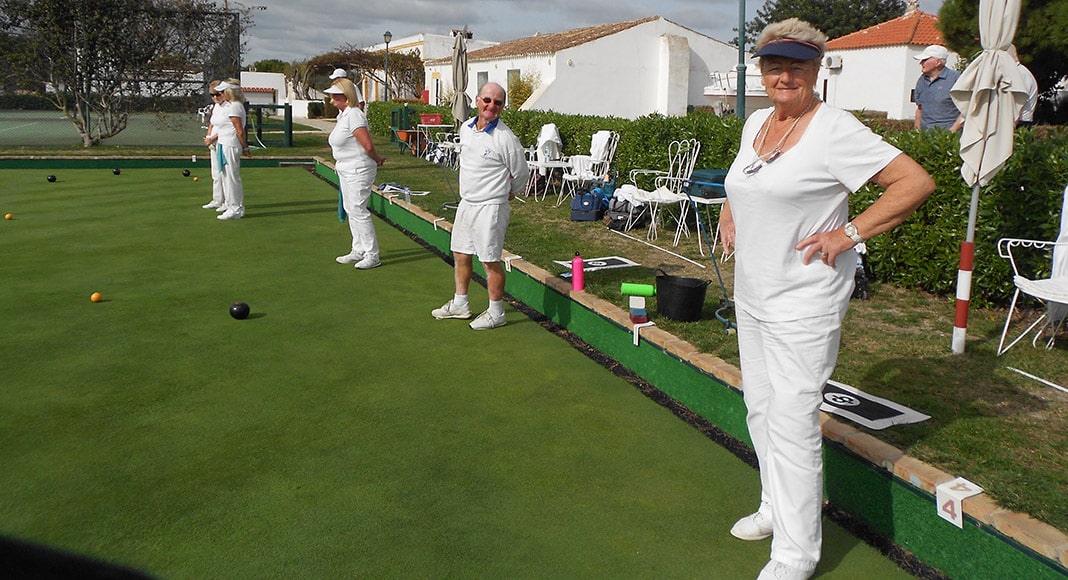 Week four of the Australian Pairs competition was held at Pedras Bowling Club, and this time on Wednesday, February 12, not the usual Tuesday. It was a cloudy day but very pleasant for bowling. Albufeira held off Pedras winning four points whilst Pedras won six; Floresta won seven points from Alvor who won three points; Tavira won six points from Valverde winning four.

Floresta remain at the top of the League Table with 29 points, with Pedras chasing closely in second place on 26 points, whilst Albufeira in third place with 20 points. Only one more match to be played so an exciting finale is promised.

Thursday, February 13 was our Super 10’s competition and it was a beautiful day for the bowlers. Albufeira won six points from Alvor who won two points; Valverde and Floresta shared the points with four each, as did Pedras and Tavira. Balaia were the resting team this week.

This maintains Pedras at the top of the League Table with 59 points, Floresta are snapping at their heels with 57 points and Valverde in third place on 48 points.
Saturday, February 15 was a beautiful day for our penultimate match in the rounds for the Winter League. In League ‘A’, Valverde Vikings took all eight points from Floresta Foresters; Tavira Tigers shared the points with Alvor Amigos with four each; Pedras Panthers took all eight points from Alvor Rooks; whilst Balaia Pods won two points from Albufeira Cats who won six points.

This keeps Albufeira Cats at the top of the Table in League ‘A’ with 90 points and Floresta Foresters in second place with 76 points, and Pedras Panthers in third place on 64 points.

This maintains Valverde Vulcans at the top of League ‘B’ with 71 points, Floresta Huntsman in second place with 62 points, and Valverde Vipers in third place on 52 points.

One more week before it is decided which teams go forward to the semi-finals.