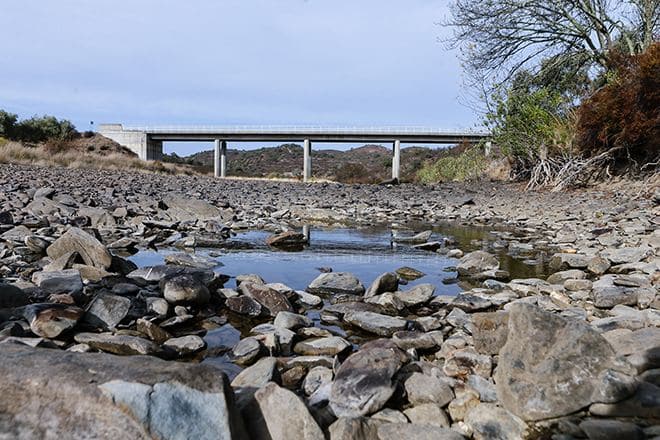 A group of researchers is developing a plan for the Algarve to adapt to the consequences of climate change.

The study, entitled “Intermunicipal Plan to Adapt to Climate Change”, was ordered by the Algarve Municipalities Association (AMAL).

“It was an idea that came to us months before the drought,” AMAL president Jorge Botelho told Correio da Manhã tabloid.

The researchers will be analysing how the Algarve’s climate is expected to evolve and what impact the changes will have on the region’s water supply, agriculture, coastal areas and tourism.

“People need to understand that the climate is changing and that the tendency is for the climate of the north of Africa to move to Portugal and other southern European countries,” says Filipe Duarte Santos, a climate change specialist who heads the National Council of the Environmental and Sustainable Development and will be leading the research group.

As he told Lusa news agency, the study will analyse the changes expected not just in the next few years but until the end of the century.

Researchers, including university professors, mayors and members of public institutions, will be analysing the consequences of more “extreme weather occurrences” such as floods and droughts, and the possible spread of new diseases through mosquitoes which become more common in situations of changing weather.

They will also be analysing the impact of climate change on coastal areas where sea levels are expected to rise half a metre, especially along the Eastern Algarve.

The Intermunicipal Plan to Adapt to Climate Change is expected to be completed by the end of 2018.

It has a €470,000 budget, 85% of which is covered by Operational Programme for Sustainability and Efficiency in the Use of Resources. The remainder is provided by the Algarve’s 16 borough councils.

“The document will give us clues and guidelines to concrete measures. I believe the final report will show us what to do to fight climate change and the progressive desertification of the land,” Jorge Botelho told CM.