Portugal Resident
Home Algarve News Algarve beekeeping in “state of calamity” due to wildfires and lack of... 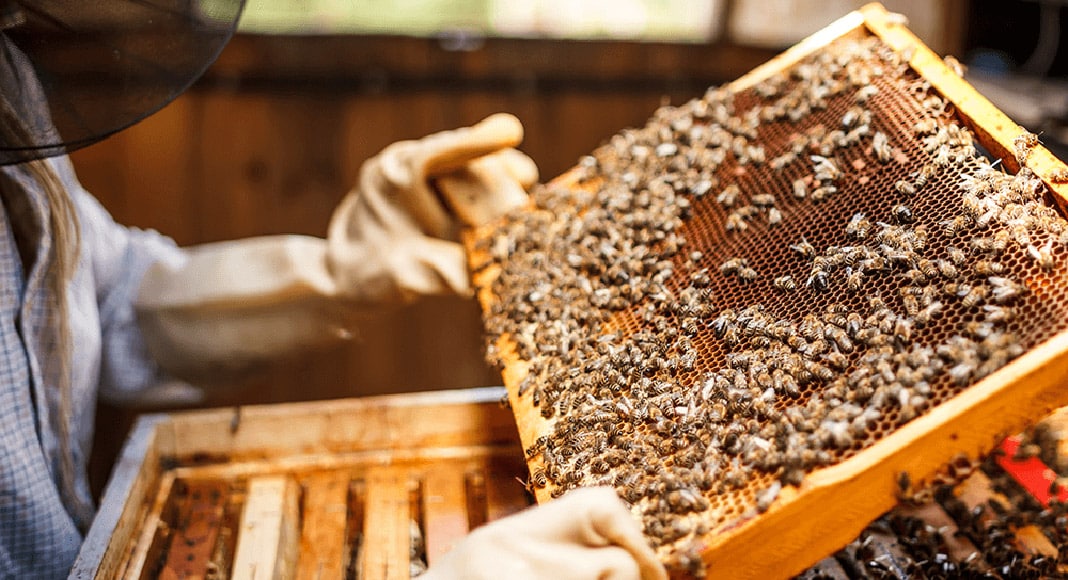 The Algarve’s beekeeping sector is in a “state of calamity” due to the destruction caused by wildfires, the lack of State support and the effects of pesticides used in agriculture, warns a local beekeeping association.

“Every beehive, even those that weren’t destroyed (in last summer’s fires), have to be moved because there will be nothing for bees to eat for a period of a few months,” said Manuel Francisco, president of Melgarbe, the Association of Eastern Algarve Beekeepers.

Added Francisco, it will take “between two and three years” for the vegetation to grow back in the areas devastated by the fires that broke out in Monchique, Castro Marim, Vila Real de Santo António and Tavira.

While the association boss thanked the regional agriculture and fisheries board (DRAP Algarve) for their efforts to ensure the survival of the remaining beehives by “temporarily providing” sugar for them to feed on, he called for stronger measures.

“What we need is the type of support that is provided in other European countries, where local councils and government provide direct support to beekeepers,” he told Lusa news agency, adding that beekeepers could receive support based on how many beehives they have or how much honey they produce.

Said Francisco, this would help them support the increase of production costs and cover at least some of their losses.

The Alentejo and Algarve account for around 20% of Portugal’s beehives and produce over 1.1 tons of honey, much of which is exported. However, wildfires, climate change and droughts have taken a toll on production levels, explains Melgarbe expert Paulo Ventura.

“In the Algarve, 6,000 hectares housing around 3,500 beehives will be sterile for at least two years,” Ventura said, adding that between 700 and 800 beehives were lost in the Eastern Algarve’s fires last summer and that others are dying due to the harsh conditions.

He added that “direct support would be crucial to continue fighting against climate change, fires and pesticides”.

Pedro Valadas Monteiro, regional director of agriculture and fisheries, has acknowledged the losses and said that providing sugar to beekeepers was a “last resort to avoid further losses”.