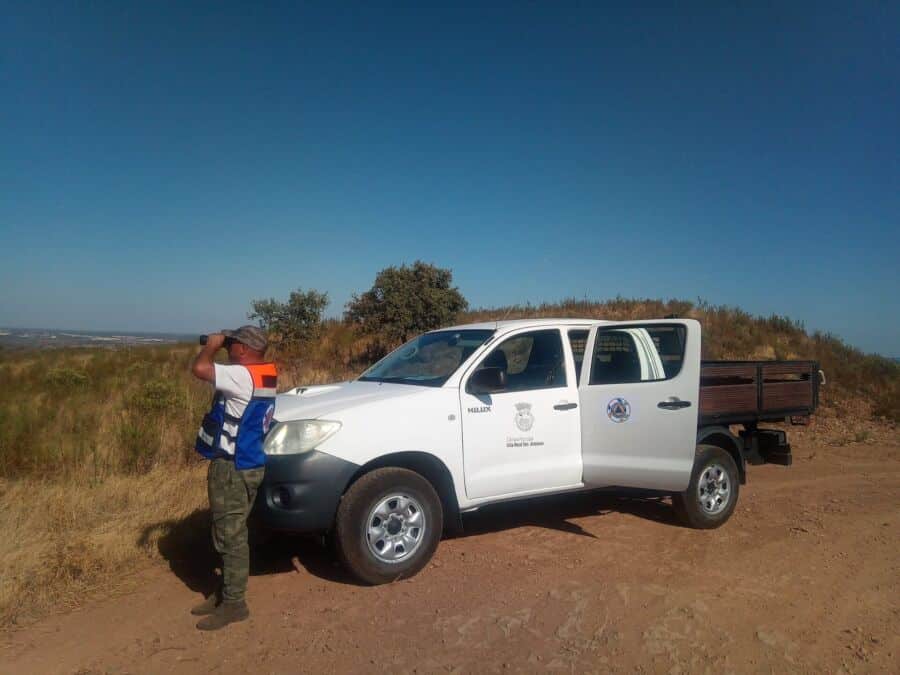 Civil protection authorities in the Algarve have beefed up the region’s wildfire surveillance during Portugal’s Situation of Alert, which lasts until Tuesday (August 23).

The goal is to quickly tackle any fire that may break out in the region during this period of particular wildfire risk, according to a statement released by the regional command of the National Authority of Emergency and Civil Protection (ANEPC).

Fifty-two observation teams have been set up, using “means and resources” from town councils, parish councils, hunting associations and other entities, which the regional command describes as a “strong reinforcement for the early detection of possible fires” in rural areas.

Local councils have also arranged for the placement of 28 land-clearing tractors in strategic locations according to the needs of each borough. These vehicles are operated by teams of Sapadores Florestais (professional firefighters), the regional civil protection command adds.

Meanwhile, 22 ‘Zonas de Concentração e Apoio à População’ (areas where people affected by fires can find some temporary shelter) have also been set up in every municipality in the Algarve. These areas are described as “essential to provide refuge to the most vulnerable populations in emergency situations.”

These preventive measures were put in place to “reduce the time it takes to respond in the most vulnerable areas of regional territory,” backed up 86 “intervention teams” made up of 375 firefighters.