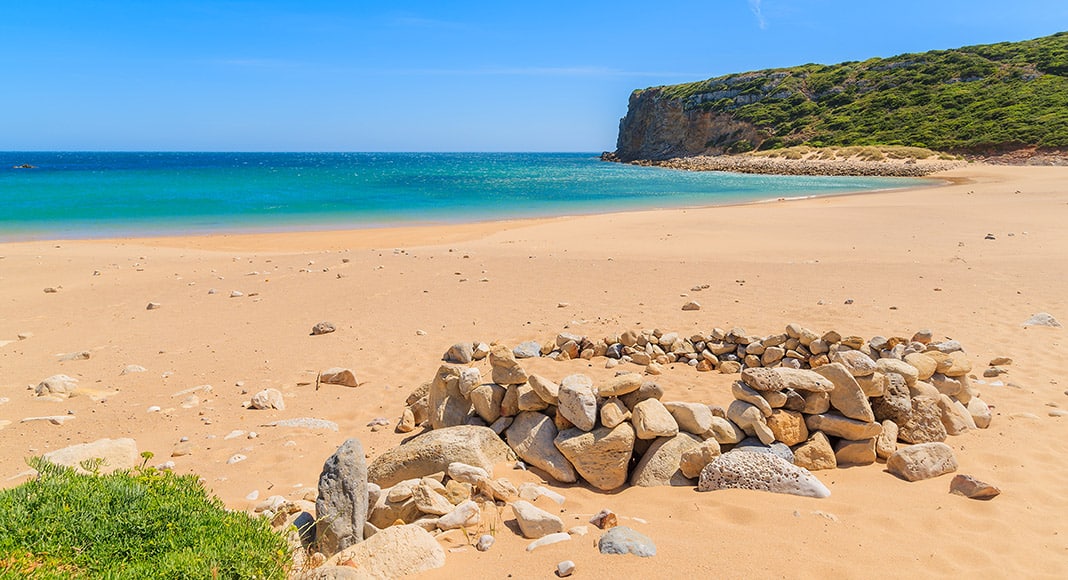 Friday saw the Algarve receive the worst news it has had since the start of the pandemic: the British government has left Portugal out of its ‘green list of airbridges’, meaning Brits desperate to escape for a summer holiday face the prospect of two weeks in total self-isolation on their return to UK.

It’s a decision that appears to have been made without any understanding of the true picture.

As determined diplomatic efforts are underway to try and force Downing Street to ‘rethink’, The Spectator put Portugal’s virus reality into two eminently clear sentences: “Portugal has recorded an impressively low Covid-19 infection and death rate (with just 159 deaths per million people, compared to 652 in the UK), especially when compared to neighbouring Spain (607 deaths per million people). The impact of the pandemic could have been far more severe in a country where nearly one in three people are aged over 65, and which has the lowest number of intensive care beds per capita in all of Europe.”

Yet, British authorities didn’t look at any of this. Nor did they take into account Portugal’s robust testing programme. They made their decision to essentially kneecap the travel industry that habitually brings in 2.4 million British tourists every summer by counting ‘new infections’ per 100,000 inhabitants.

Given that Portugal’s new infections are, in the main, asymptomatic, dealt with promptly (19 parishes of Greater Lisbon are still in a new form of lockdown) and hundreds of kilometers from the Algarve – and mindful of the fact that Portugal’s ‘level of lethality’ is massively lower than that in UK – the rule is, as foreign affairs minister Augusto Santos Silva has described it, patently “absurd”.

But absurdity isn’t the point. The point is the decision is destroying lives.

Unemployment has risen in the region of the Algarve by over 200%, and we haven’t even reached the ‘low season’ yet.

Earlier this week, the OECD estimated the region could end up losing 40% of its businesses, while Expresso has since reported that 70% of bookings for July cancelled following the British government announcement.

With our own government scrabbling to create support programmes and the arrival of much-lauded EU ‘aid’ still months away at best, the situation could hardly be worse.

Adding to the agony is the fact that ‘new cases’ are being recorded throughout the world, many of them in countries that have been deemed ‘safe’ to travel to by UK (see below).

Cases in the Algarve have also never been an issue. In the four months since the virus started cutting its swathe through the world, the Algarve has only recorded 15 deaths. There have been 651 cases of infection – with no new cases reported since the start of the week – and only 15 of them have ended badly. That’s the lowest number of deaths per region on the mainland. Even the largely rural Alentejo has had more deaths (17), yet still Britain, with over a quarter of a million people infected and 44,400-odd deaths, deems the Algarve a ‘no-go travel destination’.

Said Expresso on Saturday: “The decision of Boris Johnson’s government has left the region in shock.”

President of the regional tourism board João Fernandes told reporters on Friday: “We are bitterly disappointed, and we do not understand. This situation is unfair and damaging for tourism in the Algarve. We are being penalised for telling the truth,” he added – alluding to suspicions that other countries are being less than transparent about their situations.

Meantime, Brits already here running hospitality businesses admit to feeling they have been “thrown under the bus”.

Writing over social media, Pickwicks Tavern in Olhos d’Água wrote: “So Boris and Co have decided that Portugal, with its 1,598 total deaths from Covid 19 is deemed ‘unsafe’. Yes, there has been a ‘hotspot’ in Lisbon, of exactly the same type that has caused Leicester in the UK to go into lockdown, but this hasn’t stopped pubs etc. across the rest of the UK opening today” and indeed going on to cause a rash of new infections and closures.

Writer Peter Taylor returned to UK on a practically empty plane from Faro last week, posting over Facebook: “The Portuguese feel hard done by. They are proud of being our oldest ally from way back in 1386 and are always kind and welcoming towards us Brits. They deserve better. The quarantine of air passengers should not apply to Portugal. We should be able to pile over there now, no worries, just like people going to France and Spain. I’ve never asked anyone to share one of my posts before because they are pretty random. But if you agree with this one, please share and give a bit of support to the sunny Portuguese”.

The gist of his message is being rammed into every available orifice of the British government as we write this text – and we’re told foreign office talks are ongoing.

Fingers are tightly crossed, but it is already fast approaching mid-July, and our tourism sector is in despair.

Countries deemed safe for Brits to travel to without the need for quarantine include:
Spain (28,392 deaths / 299,210 infections and currently two lockdowns in place)
France (29,933 deaths / 168,810 infections and 2o0 ‘clusters’ described as ‘under control’)
Germany (9,103 deaths / 198,355 infections, and two local lockdowns in place involving half a million inhabitants)
Italy (34,899 deaths / 241,956 infections and reporting various virus ‘hotspots’)
Belgium (9,776 deaths / 62,123 cases – 65 of which are new – and ongoing deaths albeit limited in number)
Austria (excellent numbers – only 18,421 cases and 706 deaths – but reporting new clusters)
Croatia (low numbers but reporting new cases all the time. Local papers warn: ‘Epidemiological measures not being ramped up’)
Denmark (again low numbers but lots of issues with the virus affecting mink farms)
Australia (excellent numbers but currently seeing strict lockdowns due to rising tally of infections)… As this text went online, we received an email from a reader in Luxembourg:

“Apologies if this is irrelevant, but I noticed that nobody seems to be reporting that visitors from  Luxembourg do not have to quarantine if they travel to England, but visitors from Portugal do.
“The basis for this, as I understood it, was the high number of COVID-19 cases per million in Portugal, but this is even higher and rising in Luxembourg (see attached data from ft.com).
“I do not know if there is a story in this, but to me, it shows an inconsistency with the method from England which seems to be favouring Luxembourg over Portugal…”