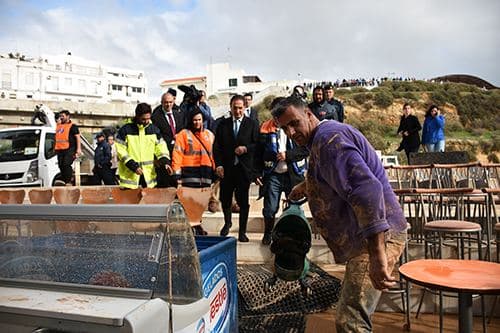 Writing a full length novel is difficult enough but publishing it can be an even harder task.

For Algarve author Suzy Turner, determination and a little bit of alternative thinking is the key to success.

After writing professionally for a number of years, including for the Algarve Resident and as Editor of the Algarve Goodlife Magazine, Suzy has now turned to focus on her love of writing fiction with her first completed novel, Raven, now on sale.

Suzy told the Algarve Resident: “I first started to write Raven last April and had managed to complete the first draft after only a couple of months. The process of rewriting took quite some time as I freely admit to being pretty lazy and also to getting distracted by the internet frequently!”

Raven has been written for young adults (YA) although the themes of the book and style of writing mean that it can easily be read and enjoyed by all ages.

Set in the province of British Columbia in Canada, Raven focuses on the story of Lily Taylor, a young girl who has no choice but to move to Canada after the inexplicable disappearance of her parents.

When Lily arrives in Canada, she soon learns that her family has been hiding some intriguing secrets and that she is far more than your average girl with some very special abilities.

“The book is aimed at young adults but like the Harry Potter and Twilight series, it is equally possible for adults to read it and I have had some great feedback from adults who said they have not been able to put the book down once they have started,” said Suzy.

After a long career in magazines and newspapers in the Algarve, Suzy was able to turn to some of her friends in the industry here to help her out with the editing of the book while for further information about what young adults like to read and how best to write it she turned to advice from a teacher friend in the UK.

Suzy said: “I have been really lucky to be able to call on friends in the business, like Christina Alcock and Eloise Walton, to be able to help with the editing while Gill Ibrahim gave me her insight as a teacher to guide me in rewriting.”

“I love to people watch and the characters I meet in the Algarve have helped to inspire me, while the front cover picture of the book was taken in Monchique as it reflects the eerie atmosphere of Raven.”

Raven is available to buy online as a digital e-book and the choice to publish online came after a series of rejections from agents and subsequent research into digital books.

“I had received a number of rejections from agents, who had said they liked the book but it wasn’t for them and after a conversation with a friend of a friend I started to look into the viability of online publishing.

“It quickly became clear that this was a real option, with a growing market and reading about the success stories of authors such as Amanda Hocking, who has gone from selling no books to more than 185,000 copies in less than a year, shows it can be done.”

Raven by Suzy Turner is available to buy now from www.smashwords.com

For further information about Suzy’s projects, including the development of her next book in the series, December Moon, please visit www.suzyturner.blogspot.com