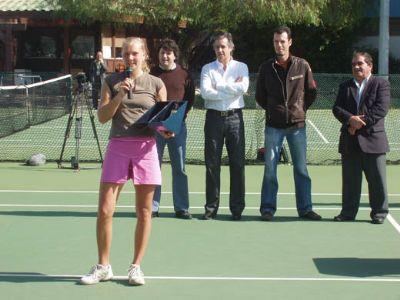 The Czech Republic’s Darina Sedenkova was the big winner at the ITF Albufeira Ladies Open last weekend. The 23-year-old world No.609 brushed aside Italian second seed Lisa Sabino 6-3, 6-2 on Sunday to add the singles title to the doubles equivalent she had taken with partner Lucie Kriegsmannova the previous day.

The final will be played at the Portimão and Rocha Club’s courts this Sunday.

Abroad, the Algarve’s Rui Machado is encountering problems in continuing his spectacular 2008 form, suffering second and first round defeats in Brazil and Morocco respectively. In contrast, Frederico Gil has become the highest-ranked Portuguese male player ever at No83 in the world with brilliant consecutive victories over Marcel Granolers (ATPNo47) and Nicolas Almagro (No18).