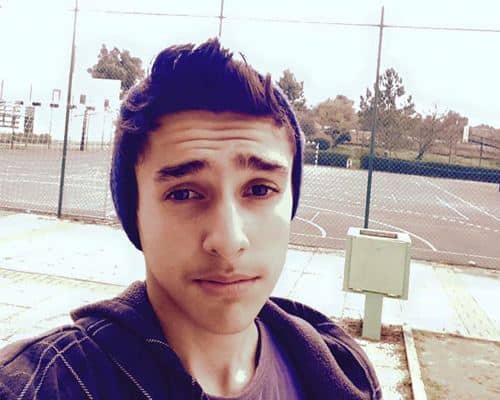 With results of an autopsy due within the day (see update below), gruesome details of Rodrigo Lapa’s murder are now being reported in all the nation’s media.

The body of the 15-year-old described by schoolmates as “timid” and someone who “got along with everyone” was found with “a rope around the neck and hands tied with copper wire”.

According to national tabloid Correio da Manhã, missing stepfather Joaquim Lara Pinto had already “confessed” his bad relationship with Rodrigo to friends and neighbours – explaining that he had decided to return to his native Brazil “so as not to have problems with Justice”.

As it is, his flight from Portugal means that he may never be extradited to face charges.

University lecturer and television commentator on the implications of all kinds of crime Rui Pereira told CM the best Portuguese authorities can hope for is a trial in absentia, followed by the communicating of any sentence conferred to the Brazilian authorities.

It would then be up to police in Brazil to locate Lara Pinto and impose whatever penalty transpires, he said.

But if police here can eventually prove that the dead teen’s mother was complicit in covering up for her fugitive former lover, there may well be no charges, adds the paper, as “the law has an exclusion clause for direct family members – parents, children, partners” which means that protecting a family member, under the Portuguese penal code, does not constitute a crime.

With the suffering of Rodrigo Lapa now clear for all to appreciate, CM has given the scenario that led to his brutal death.

“He was killed following an argument about money,” claims the paper.

There apparently was a “nest-egg” in the house which Lara Pinto accused the boy of taking money from without permission.

“One thing led to another” and the youngster is thought to have died shortly afterwards.

“The way the body was found – near the (family) home, in an isolated spot, with a rope round the neck and hands tied with copper wire – indicates that the boy had been strangled.”

“Everything indicates that the murder was committed close to the place where the body was found,” adds the paper, revealing that the morning of the day Rodrigo was reported missing, Lara Pinto was seen “looking for things in a storeroom of the house, and looking furtively in every direction as if he was afraid of being seen by anyone”.

The autopsy is being performed today (Thursday) at the office of legal and forensic medicine in Portimão’s Barlavento Hospital, while Rodrigo Lapa’s mother has now told reporters that she cannot give any further statements.

CM adds in a side story today that this is the third time that Portimão’s PJ has found itself investigating the death of a minor which may never be completely explained.

In 2004, there was the disappearance of eight-year-old Joana Cipriano, in Figueira – whose mother and uncle were eventually charged with her murder, but whose body was never recovered, and three years later, there was the disappearance of three-year-old Madeleine McCann from a holiday apartment in Praia da Luz – a case that has ignited all manner of conspiracy theories but which to this day remains the most famous and expensive missing person’s inquiry of all time.

As investigators attempt to find the missing pieces to this latest puzzle, just a few kilometres down the road in Lagoa a 16-year-old has been reported missing from home after an argument with her mother.

For now, the case is being treated as a “voluntary runaway” (click here).

UPDATE: News reports say the autopsy has been performed but “complementary exams” have been requested which could take anything up to six to eight weeks. In the meantime, Rodrigo’s body is due to be released for burial.