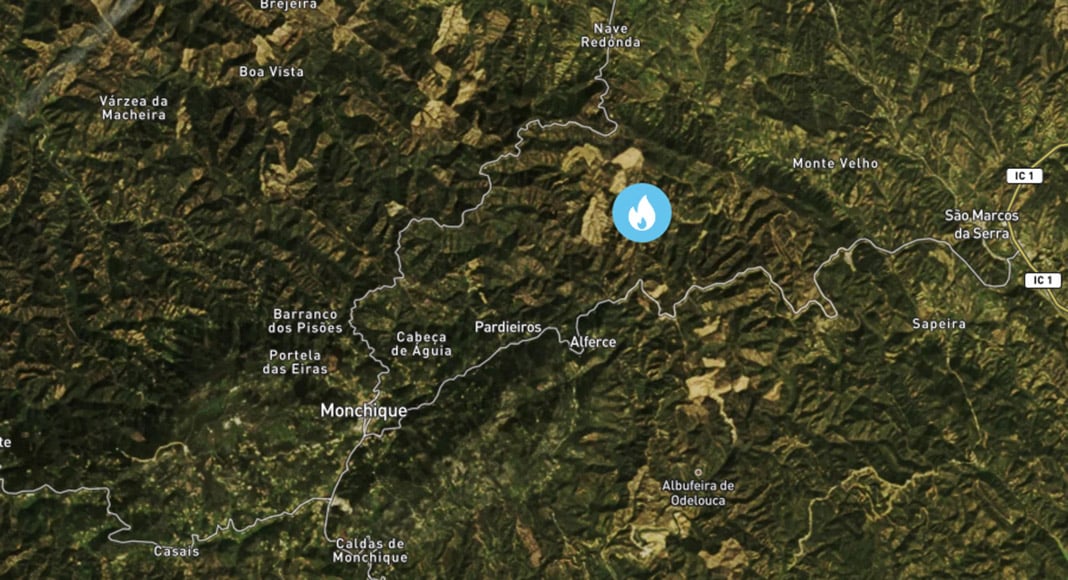 A wildfire that broke out north of Alferce, near Monchique, in an isolated area is currently in a “resolution stage”.

The alert was raised at 2.20pm with firefighting teams quick on the ground just minutes later and waterbombing aircraft tackling the blazes from above.

In total, over 100 firefighters, assisted by 26 vehicles and five aircraft, are ensuring the fire is kept under control, particularly due to the windy conditions.

Monchique was badly affected by wildfires in 2018.