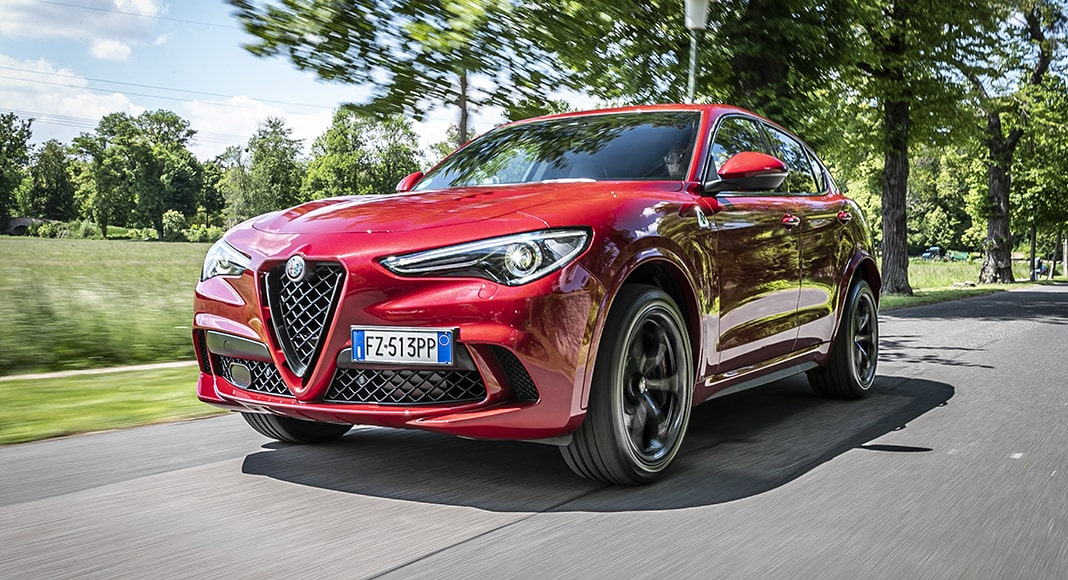 An Italian SUV with a Ferrari engine, Alfa Romeo looks and an extraordinary personality. It’s the end of an era, but what a way to go.

There probably aren’t many cars as different as a Fiat 500e and an Alfa Romeo Stelvio Quadrifoglio. It’s not a bad two-car garage either; one an eco-city runabout, the other an old-school, petrol-powered SUV – they complement each other perfectly, don’t they?

Well, none of them live in my garage, but I did have the chance to drive them back-to-back and it was an illuminating experience. The Fiat, as I wrote on these pages last time, is a very interesting representative of the electric trend sweeping the industry, but its limitations are obvious: it’s always a second car and suitable only for urban mobility.

The Ferrari-derived 2.9 litre V6 engine makes 510 horsepower and a noise that, if you are a petrolhead, is pure musical bliss. 100km/h is dealt with in 3.8 seconds, there are carbon-fibre bucket seats and optional carbon-ceramic brakes. It’s as if the Stelvio was born a supercar but decided it didn’t want to spend its life in a dehumidified garage, it wanted to be driven – and so it gave itself a bit more everyday practicality.

It sits on the same Giorgio platform as the Giulia and weighs 1830kg. At 4.7 meters long, 1.68m tall and 1.95m wide, it’s not a small car by any means, but there are much bigger performance SUVs out there anyway.

The two main, and most obvious, differences to the Giulia saloon are the high driving position and the four-wheel drive system. Unlike its rear-drive smaller cousin, the Stelvio has all its wheels doing the work all the time and, therefore, always feels a little less light on its feet, but also more planted and surefooted.

Driving the Quadrifoglio is strangely satisfying. ‘Strangely’ because this is, after all, a big SUV and ‘satisfying’ because, well, there’s a Ferrari-engineered engine upfront, an Alfa Romeo badge and much more (really, much more) performance than you would believe. The Stelvio pulls strongly from low revs and gets to the 6500rpm red line in the blink of an eye. With eight forward gears from a well-calibrated torque-converter automatic transmission, controlled by terrific paddles mounted on the steering column, you start building a connection with the car that seems more supercar-like than SUV.

The way this thing corners beggars belief, but the engine is so special even straights are fun. You feel inclined to stretch it more and more just to see what it can do and how it sounds. After a while, all other cars – on the road and the ones you drove before – start looking quite slow in comparison. It’s the four-wheel drive system’s tremendous ability and that engine – the confidence they give you is amazing.

Even when you feel the back moving around a bit, the car never feels out of control.

But – you might ask – what about the mundane everyday stuff? The errands, the school route, the holiday trips? No worries there. Just dial back the aggression of your right foot and enjoy the available space, the comfort(ish), the practicality.

Apart from a slight drinking problem (510 ponies need a lot of feeding), there is no reason to think this is not an awesome daily driver. And, besides, if you are willing to pay €100,000 for the car, I am sure the petrol bills won’t be that relevant.

The cabin is not as well-appointed as a BMW’s or an Audi’s, but it feels sporty and the architecture of the dashboard is well laid out. The steering wheel, in leather, alcantara and carbon fibre, is spectacular as are the aforementioned paddles.

This is not, however, a car for everyone. It’s a typical Italian super-performer but in an SUV package. It has loads of attitude and a personality all of its own. It also looks pretty good for something that is the aesthetic opposite of a low-slung Ferrari or Lamborghini.

I don’t need to tell you that, driven after the 500e, one feels like what is coming and the other like what it has been like. For those who see the car as transportation, the 500e – or an electric car in the same price bracket as the Stelvio – must feel like the more logical purchase.

On the other hand, the Alfa Romeo Stelvio Quadrifoglio is a celebration of everything that made people fall in love with cars. Nobody will buy it, nobody, except for that one reason: love. Love of the automobile.

Good to know cars like this are still available. I hope we can still enjoy them for many years to come. 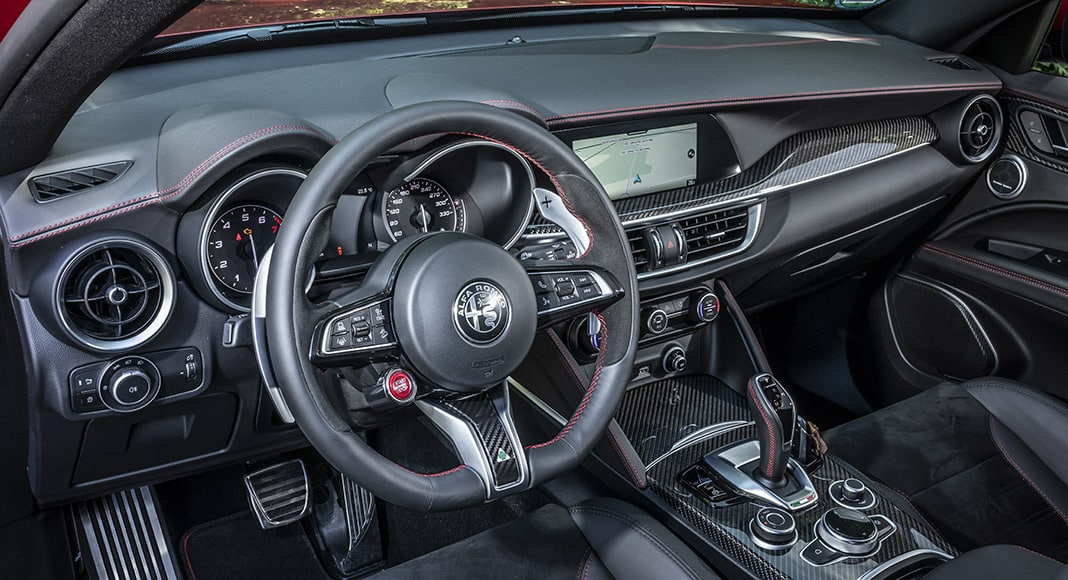 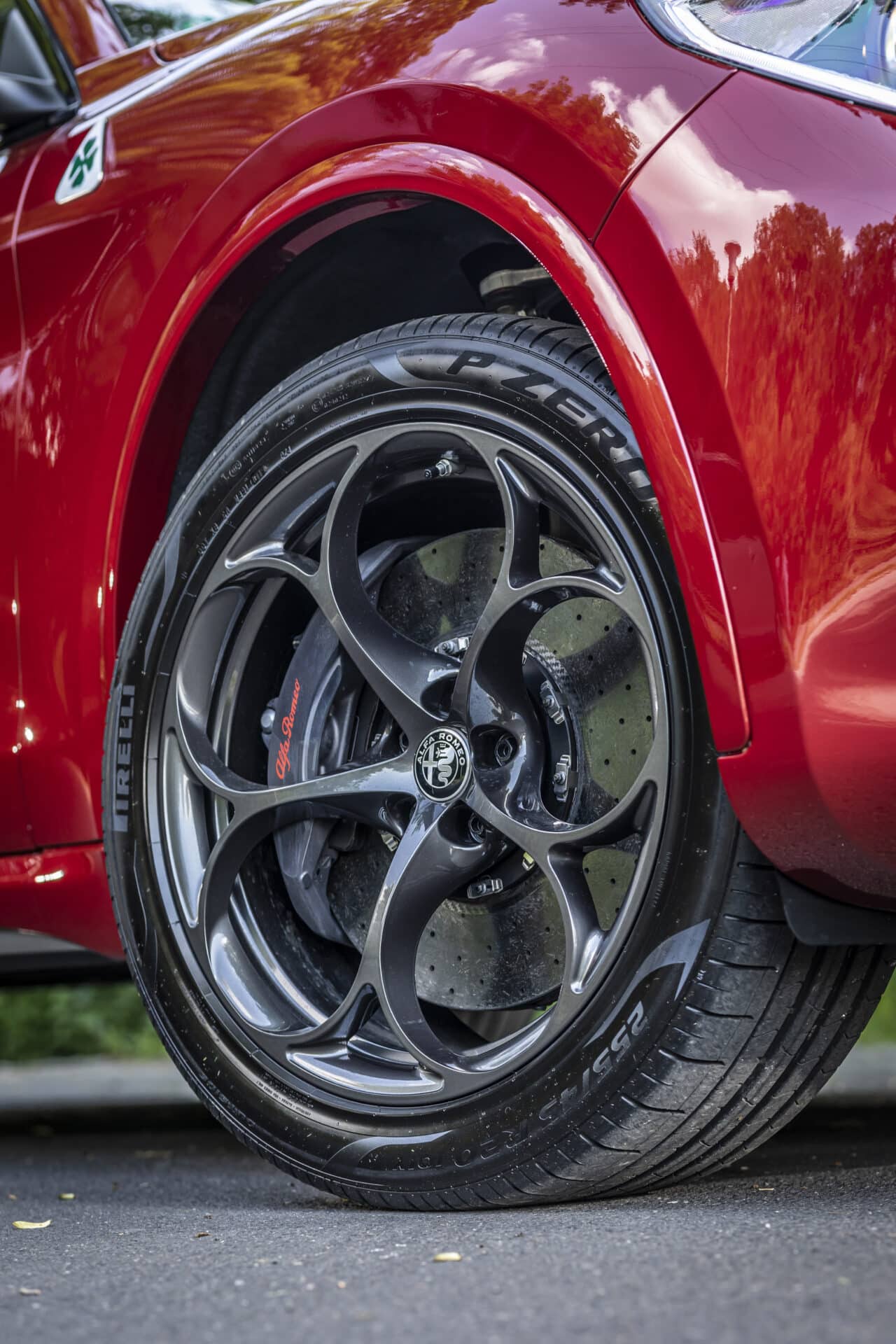 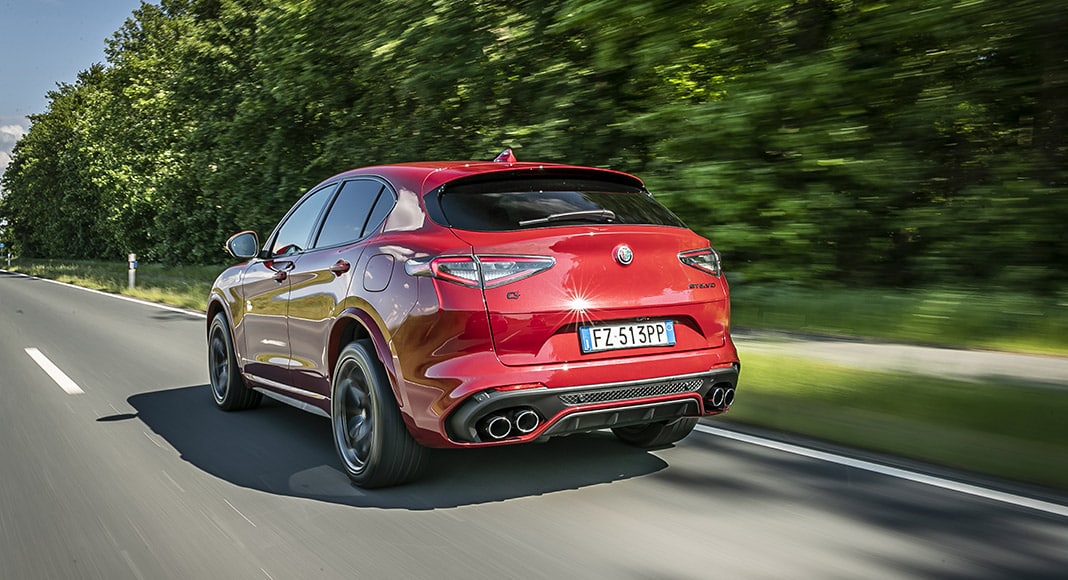