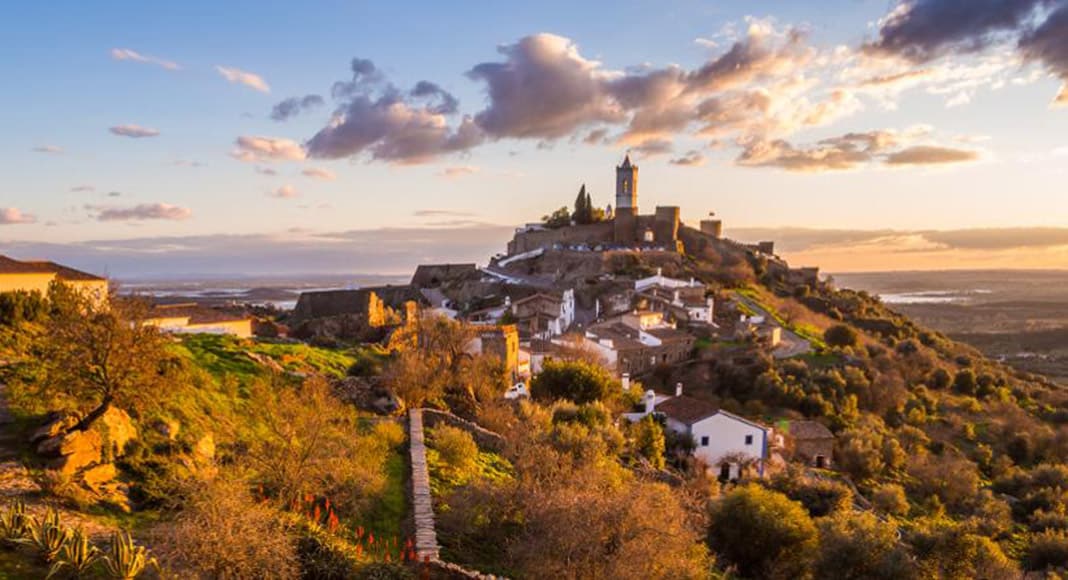 Rural Alentejo – the Portuguese region with the least number of Covid-19 cases and so far only one death, of an 87-year-old with ‘underlying pathologies’ – has been dubbed as the safest place for tourists to go once lockdown is over.

Specialists in tourism from all over the world cite its ‘sanitary safety’, wide open spaces with very few people and small hotels.

Says Rádio Renascença, this was one of the messages coming out of a video conference organised by the Association for the Touristic Promotion of the Alentejo, which went ahead earlier this week.

Bringing together ‘various tourism specialists from the United States, Brazil, Germany, the UK and Spain’, the overwhelming response was hugely positive.

Said Maria Pereda of Spain’s New-link travel agency, Spanish nationals are so tired of their own lockdown that she is convinced they will be travelling as soon as they can. “They’ll be taking holidays in July and through the summer for sure”, she told RR – and ‘Madrilenos’ (people from Madrid) “see no problem at all in coming to Portugal”.

“It’s much safer going to the Alentejo than going to a supermarket in the city”, she said, citing all the other plus points offered by the rural region, including value for money, excellent gastronomy, contact with nature, traditions and ‘kindness’ of the people.

Indeed Pereda suggests its name for the Aletenjo to start marketing its ‘own brand’. This was a suggestion backed by colleagues working in other markets. João Sampaio e Castro for example promotes Portuguese tourism in Germany, and he told RR the interest of Germans in the Alentejo as a holiday destination is most definitely growing, as can be seen from response during recent tourism fairs in Stuttgart and Munich.

Nonetheless, it’s unlikely the region will see many Germans before the end of the summer – as their government is still ‘advising against’ nationals taking holidays abroad. Sampaio e Castro believes October will see things start to open up – and this could be “an excellent opportunity for the Aljentejo”, he said.

United States travel and tourism agency Louis Karno & Communications is equally bullish, saying Americans who want to travel will be seeking “quiet places, without lots of people, where they can have short breaks”. Bizarrely, for Americans, “Portugal is the closest country in Europe” – just a 6-7 hour flight from Boston, even closer if the destination is the Azores.

Thus Jayme Simões of the agency believes the Alentejo’s time has come: “Portugal is at the top of (people’s) list and they’ll also be looking at the Alentejo”, he told RR.
According to Simões, many Americans already know Lisbon, Porto and the Algarve. They need to learn that there is also “something sensational that is the Alentejo”.

The only fly in this ointment, of course, is how much the cost of travel changes as a result of Covid-19 (see story also to come).

Airlines are looking at the future and realising prices will have to go up, and certain routes will have to fall by the wayside for the fact that they will not be profitable.

It’s all an enormous challenge – and according to Vítor Silva of the association of the touristic promotion of the Alentejo – will involve ‘reinventing’ the way tourism is presented.  In the Alentejo’s case this will mean “not letting go of what the Alentejo stands for”.