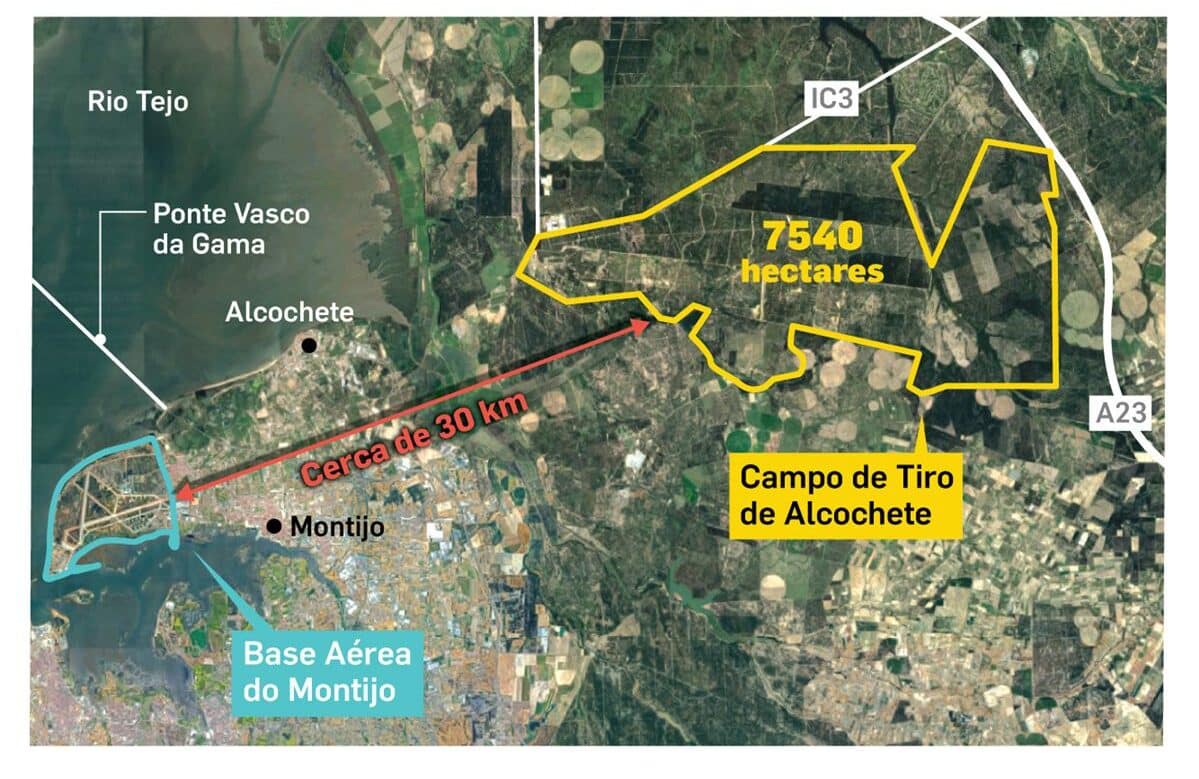 With the ‘urgent need’ for a new airport to relieve pressure on Lisbon’s ailing Humberto Delgado terminal back on the political agenda, a “chorus of voices” is now pushing for Alcochete (full name Campo do Tiro de Alcochete), not Montijo, as the best option, reports SIC television news.

Yesterday, president of LNEC (the national laboratory of civil engineering) Laura Caldeira told a parliamentary hearing that the Alcochete option has always been the one her entity preferred, as it “has a long-term future”, in that it allows for ‘expansion’ in case of further increases in air traffic.

Montijo is a much smaller site (see image above) and rife with other problems – but for political reasons this was the one plumped for by António Costa’s government in 2019.

Today, president of Portugal’s Order of Economists António Mendonça has reinforced the Alcochete idea, saying in his opinion it is the location that best-serves the country’s long-term strategic needs.

Mendonça was speaking at another stage of the hearing requested by PCP communists, stressing his ideas cannot be interpreted as “an institutional position” as his Order has not yet studied the issue in depth.

“A project of this nature has to be thought out fundamentally in strategic terms,” said the former minister of Public Works, Transport and Communications (for PS Socialists, between 2009-2011). But, in his view: “the Alcochete scenario is the one that seems most in accordance with the vision of a strategic nature”.

António Mendonça stressed that “everything that needed to be studied has been studied” concerning possible locations for Lisbon’s new airport. What is important now “is to make a decision“. The costs of not doing so are “very high”.

“I would like to draw attention to the national waste that is associated with all this time of indecision and all that has been spent… not exactly five pence,” he added.

Mendonça also said the new airport should consider the interests of flagship carrier TAP – which has expressed its opposition to building in Montijo and the whole ‘two airports’ model.

According to SIC, these two ‘heavy-hitting’ interventions – coming exactly when airlines and the tourism sector want to see a decision finally taken – could be the end of the Montijo option, which almost no-one has supported for a very long time.