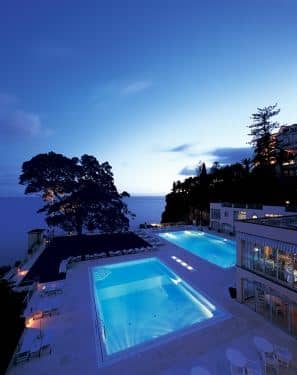 With the reopening of the Interpretation Centre, Alcalar is now becoming more popular than ever

It was a partnership destined for success: since the Interpretation Centre of Alcalar reopened its doors in March, after the Algarve’s Regional Culture Board decided to jointly run the infrastructure with the Portimão Museum, visitor numbers have soared.

“Whilst before the centre had three to four visitors per day, we now have on average 20 to 30 people daily,” says Isabel Soares, archaeologist at the Portimão Museum.

The Interpretation Centre of Alcalar, sited near Alvor, was originally inaugurated in 2000 and, after this year’s reopening, it has already welcomed more than 1,500 visitors, an impressive figure for such a small structure.

Although some renovation work took place, most changes were operational, with more staff members present to welcome visitors and more activities taking place at the centre.

An ancient necropolis, Alcalar takes us back 5,000 years, when a pre-historic community established itself north of Alvor due to its appealing natural resources – the streams of Arão, Torre and Farelo provided fresh water, transportation and access to fish and shellfish, whilst the rural location abounded with game.

First explored in 1880, archaeologists have since found a wealth of traces of the community’s lifestyle, activities, use and occupation of the site and also an insight into their relationship with death.

Classified as National Monuments, Alcalar’s megaliths comprise three types of funerary tombs: the hypogeum, a type of mass grave where the lower hierarchy members of the community were deposited, dolmens and tholoi, which feature a crypt covered by a vault.

At the centre, apart from an introductory exhibit in Portuguese and English, visitors will find two tholoi, both in a great state of preservation. With guided tours available on site, visitors can then head to the surrounding locations to visit the other tombs, some of which are not yet fully disclosed and are awaiting further excavation.

Based on the many traces and artefacts found in Alcalar, the team at the Portimão Museum has prepared several activities available on request that will teach visitors more about the life of this pre-historic community: from baking pottery and bread and re-enacting hunting scenes to moving huge stone blocks with the help of a clever lever system – just like our Alvor ancestors would have done. One of the activities that has proven to be particularly popular amongst children is the archaeologist’s box, where they have to carefully dig for ceramic fragments according to basic archaeological methods.

Saying that the project has also enhanced the possibilities for culture in the rural Algarve and with more visitors than ever, president of the Portimão Museum José Gameiro recognises that “this partnership definitely surpassed our expectations”.

To find Alcalar, follow the signs at the junction opposite the Le Méridien Penina resort, near the Alvor exit on the EN125.

Ticket price: €2 (there are discounts for groups, families, seniors and youngsters aged between 16 and 25). A joint ticket for Alcalar and Portimão Museum costs €4.