Albufeira Council announced last week a €1.3 million project to build a municipal kennel, a dog park and pet cemetery. Also included in the plans is the purchase of a vehicle which will be converted for animal rescue situations.

Councillor Cláudia Guedelha said the project has been in the works for several years. It aims to tackle the “daily concerns, difficulties and challenges” relating to animal welfare that have been identified in the borough with the help of the GNR’s SEPNA department, the local volunteer firefighters and the town’s animal wellness centre, as well as local animal associations and foster families.

In fact, the animal wellness centre is due to be incorporated into the future municipal kennel, which will be built on the same plot and will represent an investment of around €709,000. Construction is due to begin in April and last 18 months, the local council revealed.

Boasting a capacity for 120 animals, the kennel will feature a reception area, staff changing rooms, coordination office, a veterinary clinic, sanitary facilities, a range of multi-purpose rooms, a cattery, two areas for dog pens and a quarantine area.

Meanwhile, the dog park is due to be built nearby and is being planned as a “natural extension” of the animal wellness centre. It will comprise a fenced-off field for dogs to exercise “freely and safely” with equipment to keep animals stimulated.

“The goal is to allow animals to expend their energy in order to avoid aggressive or destructive behaviour, many times linked to a lack of exercise, social interactions and play,” the council said.

With construction also due to begin in April and expected to last 75 days, the dog park will cost nearly €188,000 to build.

Albufeira Council is also planning to build a pet cemetery on a plot of land north of the municipal cemetery. The infrastructure, says the council, “will fill a void in the borough”. Costing nearly €250,000, the cemetery’s construction is due to begin in August and last 100 days.

Said Guedelha, the pet cemetery will offer a comforting place for citizens to visit their pets’ remains: “People will be able to say goodbye to their pets, which they have cared for their whole lives and which deserve our respect.”

The council also announced an investment of nearly €95,000 to purchase a vehicle which it aims to convert into an “animal rescue vehicle” for the transportation of animals. It will be equipped to provide immediate care to animals in need.

Albufeira Mayor José Carlos Rolo has praised the project and highlighted the pivotal role that other entities such as the local GNR and volunteer firefighters will play in the success of the scheme. 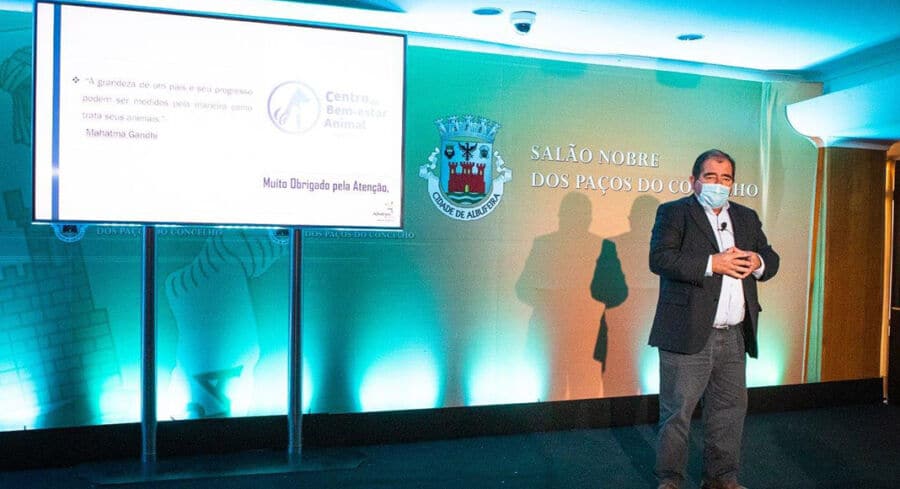