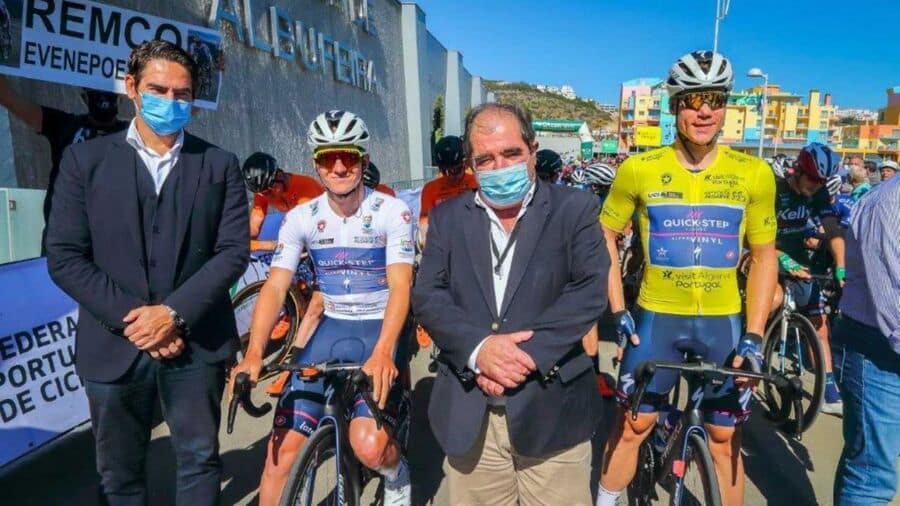 Albufeira is preparing to host the fourth stage of the 49th edition of the Volta ao Algarve and the 46th International Amendoeiras cross-country race.

Albufeira’s February sports calendar is marked by two events of great importance for cycling and world athletics, the Volta ao Algarve and the Amendoeiras cross-country race.

On February 18, Albufeira’s Marina will host hundreds of national and international athletes competing in the fourth stage of the 49th edition of the ‘Volta ao Algarve’ by bicycle.

The fourth stage of the race, covering over 177 kilometres, starts in Albufeira and heads towards Alto do Malhão, in Loulé. 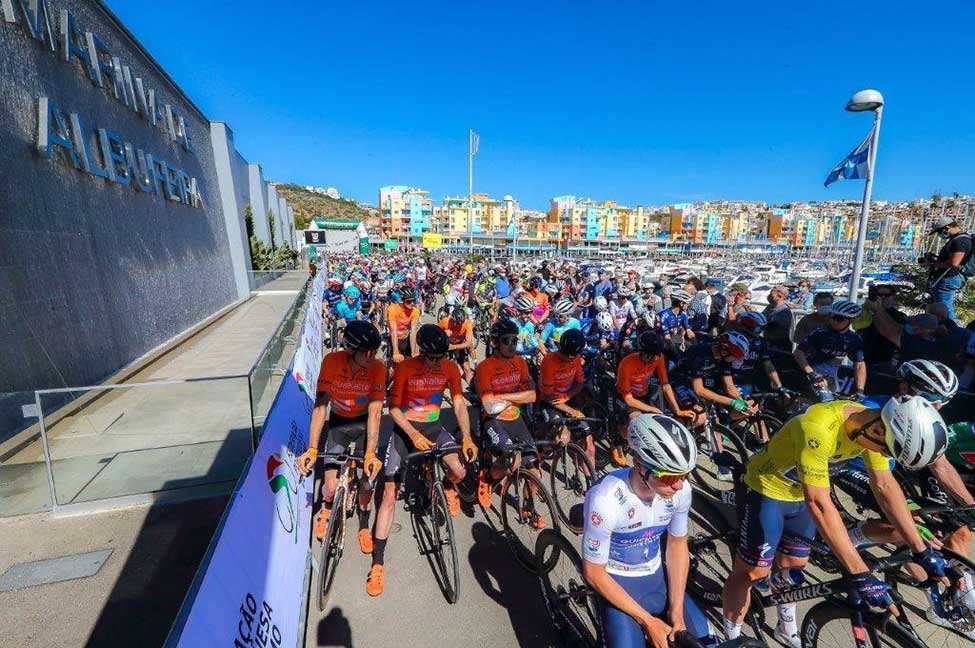 Athletes and their respective delegations will arrive at Albufeira’s Marina at 09:30, from where they depart at 11:10. They will head towards the Avenida dos Descobrimentos, and pass by some of Albufeira’s landmarks, such as the Cais dos Navegadores, Alameda da Orada and Largo Jacinto D’Ayet, for a symbolic «tour» of the city. The official departure is scheduled for 11:20 on the Avenida dos Descobrimentos.

The 49th Volta ao Algarve runs from February 15 to 19, with the entire route spanning 795 kilometres, divided into five stages. Sixteen international teams will compete this year, four of which are professional (Caja Rural- Seguros RGA, from Spain; Human Health, from the United Kingdom; Tudor Pro Cycling Team, from Switzerland and Uno-X Pro Cycling Team, from Norway), and nine Portuguese teams.

Another much anticipated sporting event in February is the 46th International Amendoeiras cross-country race, disputed on the legendary Açoteias track. 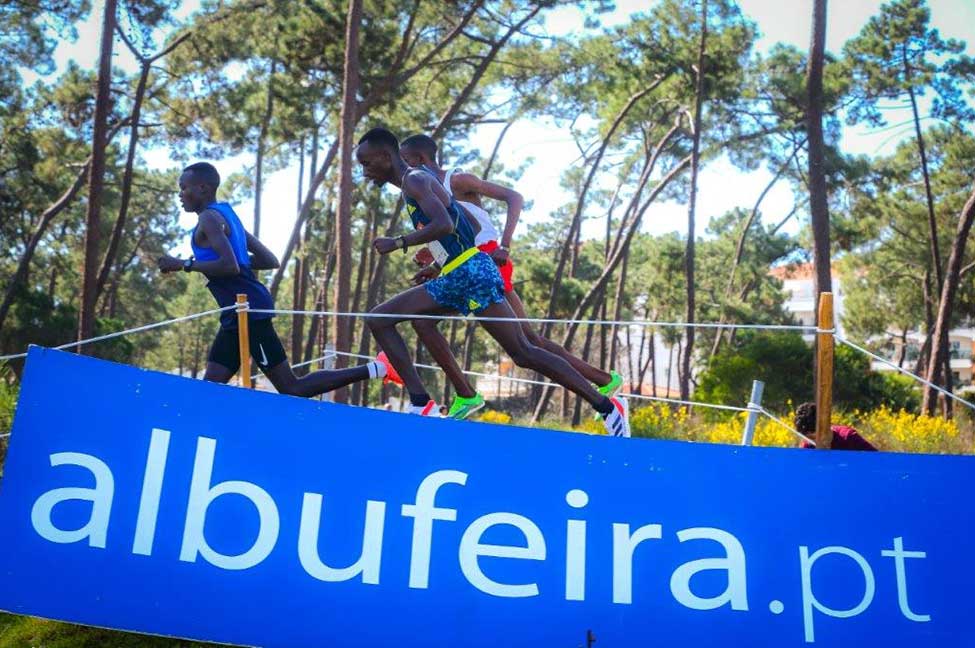 The «Golden Sneakers» competition takes place on February 26 and brings the world’s top athletes in the sport to Albufeira.

Hundreds of participants will run in the 14 levels that make up the competition. Each of which has different events and routes, including Federated, School and Adapted Sports.

«These are two anchor competitions in our municipality and are part of the History of Sport in Albufeira. We are very pleased to welcome all the athletes, coaches and managers», said the mayor, José Carlos Rolo. He underlined that «along with many other sporting events, it is yet more proof that Albufeira deserves to be the European City of Sport in 2026.» 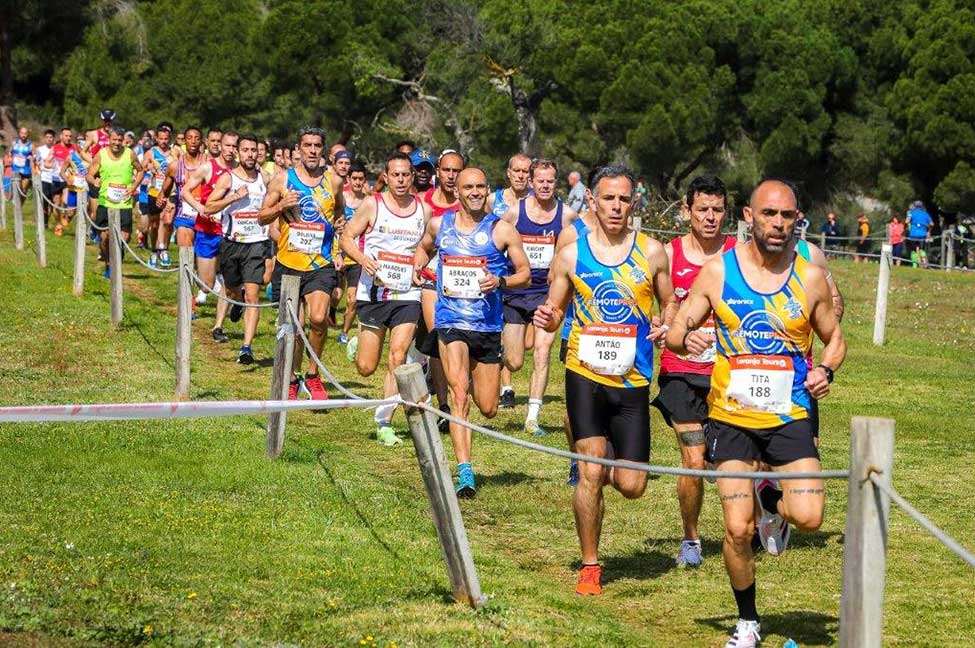 Sports and Youth councillor and vice-president Cristiano Cabrita says that «sport is growing in Albufeira, in terms of sports, clubs and supporters, but above all, in training».

«It is essential that we host events of this calibre, which every year captivate more young athletes, whether in cycling or athletics. We are here to cherish these legendary events, which are a remarkable example for our youth, of which we expect champions in the future», he concludes.