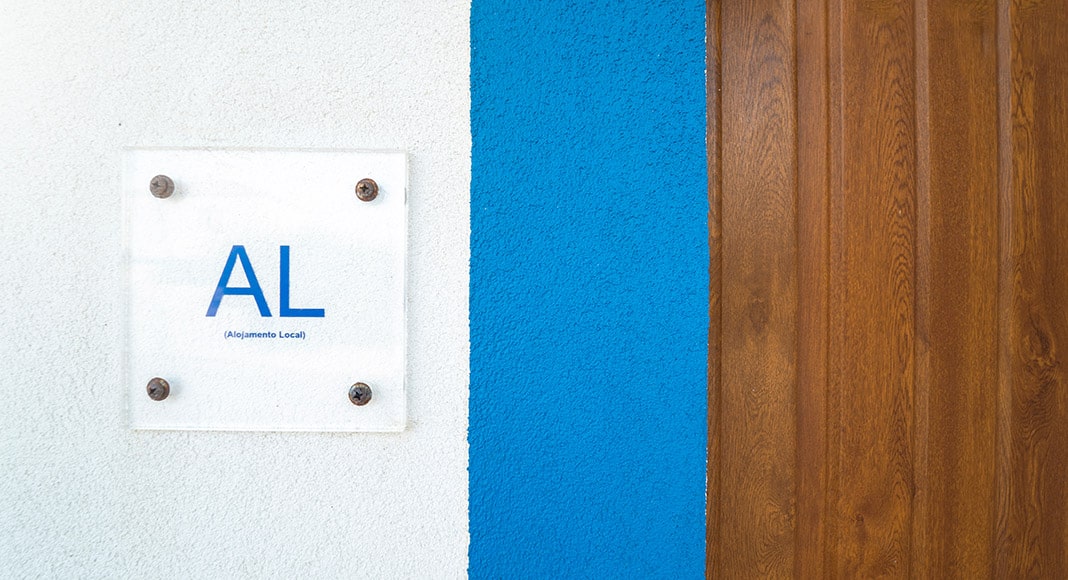 Apartments in residential buildings should not be rented to tourists, says Supreme Court

A decision by the Supreme Court has been described as “a bombshell” for the AL sector (Alojamento Local, or short-term tourist lodgings). But is it?

Last week, the Court announced the “uniformization” of a ruling regarding the AL regime – property owners should not rent out a residential unit subject to a certificate of division (known as ‘propriedade horizontal’ in Portuguese), which is destined for “habitation”, within the AL regime.

The Supreme Court decision was unanimous, said Público, with almost 30 judges supporting it.

Público newspaper ran this as an exclusive, but it was quickly picked up by other media sources – the simple reason being, this could potentially create a tidal wave of issues, and indeed it caused widespread panic among the AL sector.

Leading judge Paulo Rijo Ferreira admitted the number of cases likely to come denouncing AL activity in apartments ‘destined for habitation’ could now snowball – while there are real ‘economic risks’ on the horizon.

If people cannot rent out apartments they purchased in good faith for this kind of investment, they may well choose to rent them out illegally – this is the concern – meaning the State could stand to lose hundreds of thousands, if not millions, of euros in tax revenue.

This is certainly the view of Hélder Martins, the new president of Algarve hoteliers’ association AHETA, who believes the Algarve will be seriously affected by this ruling.

The ‘infamous parallel beds’ (illegal holiday rentals) of the past (before the AL regime was introduced) will “certainly return”, he warned in an interview with Lusa on Monday.

Eduardo Miranda of the AL association has done his best to minimise the prospect of damage to the sector, saying he fears “the consequences of media coverage” much more than the likelihood of an “avalanche of cases” in the courts.

“What this ruling says is that in conflicts that end up in court, preference will be given to condominiums,” he explained last week. “But in the law of 2018, this issue ended up being largely bypassed. In order to avoid conflicts in court, the law created a mechanism, called ‘opposition’, which allows the condominium to make a request for cancellation (of an AL), which is simple, free and relatively easy,” he said.

And, he stressed, this mechanism has resulted in very few cases making their way to court, as they can be solved easily through arbitration.

Be that as it may, this is a judicial ruling that aims to bring uniformity to the AL regime (see box). It follows previous contradictory court rulings, according to Idealista: in 2016, the Appeal Court of Porto ruled that owners could opt to rent out their properties to whomever they chose, as AL activity was “compatible” with permanent residence; another (from Lisbon Court of Appeal), also in 2016, ruled in favour of people who live in apartments destined for habitation and found themselves obliged to share it on a daily basis with strangers who frequently caused noise beyond the ‘normal hours’.

The Supreme Court’s latest decision intends to bring uniformity to the AL activity.

Judge Rijo Ferreira has been cited as expecting “significant disruption” within the AL sector (there are 101,534 ‘alojamentos local’ units registered in Portugal, 65,750 of which are classified as apartments), while lawyers sounded out have said they too see the ruling as a “bombshell”.

André Miranda (no apparent relation of Eduardo Miranda) – a partner in Pinto Ribeiro Advogados – said the Supreme Court ruling will “supercharge” the likelihood of success for future lawsuits, even though these will have to be analysed case by case.

Vítor Amaral, president of the Portuguese association of condominium management companies, is also of the opinion that the decision will lead to “greater judicial conflict”. He is expecting “a lot more discussion on this question in the coming condominium assemblies”, which are already dealing with new rules on the running of condominiums as it is, he said.

WHAT THE SUPREME COURT DECIDED

The wording of the Supreme Court decision establishes that “in the regime of propriedade horizontal (properties that are subject to a certificate of division), the indication in the constitutive title that a certain building unit (‘fração autónoma’ in Portuguese) is intended for habitation must be interpreted in the sense that tourism rentals are not allowed”.

The decision essentially means residents in apartment blocks/condominiums who complain about out-of-hours noise, increased dirt and wear-and-tear of common areas, access by strangers to garages and residential buildings are completely within their rights and should not have to endure AL in a setting designed for permanent residences.

But there are still a lot of grey areas.

For example, according to Público, the Supreme Court ruling does not establish a law. Nonetheless, it raises the question: can and should local authorities go on conceding new AL licences in buildings where the constitutive title is for permanent residence?

Other questions centre on, should local authorities request the constitutive title of the property? Should they ignore the ruling altogether? What does the ruling mean regarding checks by ASAE (the health and safety agency)?

Officially, the government says that it “does not comment on court decisions nor does it consider it appropriate to comment on the impact of (this) particular decision”, Secretary of State for Tourism, Commerce and Services Rita Marques told Público.

But she conceded that it will be “analysing the subject” for the obvious reason that the consequences are potentially very dramatic – not least the likelihood of a loss of tax revenue if property owners flee the AL regime.

As media sources picking up Público’s story have pointed out, from now forwards, according to the ruling, anyone living in a condominium destined for ‘habitation’ will feel more empowered to demand the end of this kind of activity in the building in which they reside – independently of whether this AL has been functioning for years”.

Lawyers already predict that court cases could take years before a resolution is found.

What does and could this all mean for owners of rental properties?

The ruling cannot be applied to standalone villas, even if part of a residential condominium, considering that they have not been subjected to a certificate of division (propriedade horizontal).

The ruling was clearly dreamed up for apartment buildings destined for habitation but could eventually apply to townhouse-style properties in condominiums developed for residential use that fall under the same (propriedade horizontal) classification as apartments.

However, AL licences on properties potentially exposed to the ruling still stand and will remain in place until such a time that an official complaint is lodged with the authorities, in which case an AL licence can be revoked.