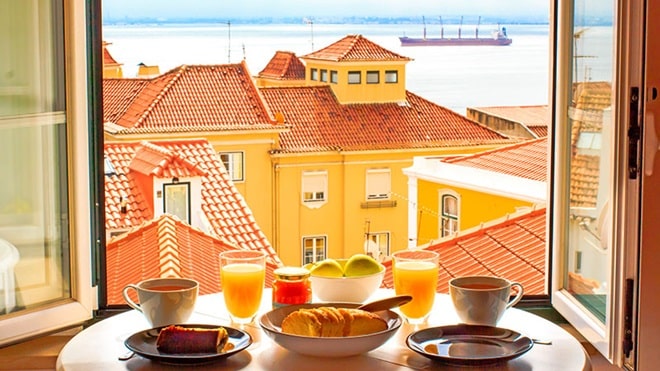 The potentially explosive decision by the Supreme Court which considered habitational buildings (apartment blocks/ condominiums) cannot be used for ‘alojamento local’ (short-term holiday lets) is being studied by the government.

Officially, the government says that it “does not comment on court decisions nor does it consider it appropriate to comment on the impact of (this) particular decision”, Secretary of State for Tourism, Commerce and Services Rita Marques told Público.

But she conceded that it will be “analysing the subject” for the obvious reason that it is potentially very dramatic.

As media sources picking up the exclusive Público story have pointed out, “from now forwards, according to the ruling, anyone living in a condominium can demand the end of this kind of activity in the building in which they reside – independently of whether this AL has been functioning for years.

A “torrent of law cases are expected”, calling out AL in apartment blocks and condominiums – in Portugal classified as “horizontal property”.

The wording of the Supreme Court decision establishes that “in the regime of horizontal property the indication in the constitutive title that a certain fraction is intended for housing must be interpreted in the sense that ‘alojamento local’ is not allowed”.

The decision essentially says that all apartment block/ condominium residents who have complained about ‘out of hours noise/ increased dirt and wear-and-tear of common areas/ access by strangers to garages and residential buildings have been, and are, completely within their rights. They should not have to endure AL in a setting designed for permanent residences.

But there are still a lot of grey areas. For example, according to Público, the Supreme Court ruling does not establish a law. Nonetheless, it raises the question can/ should local authorities go on conceding new AL licences in buildings where the constitutive title is for permanent housing?

Other questions centre on should local authorities request the constitutive title of the property? Should they ignore the ruling altogether? What does the ruling mean regarding checks by ASAE (the health and safety agency)?

Eduardo Miranda, president of ALEP – the AL association – has done his best to discount the impact of the ruling, but he agrees, the law now needs to be fully clarified.

If the situation remains as it is, this could end up developing into a national problem, he warns, as AL activity could go ‘underground’ (meaning keep going, but undeclared – and therefore not paying the relevant taxes).

Lawyers are more of the opinion that the ruling is a bombshell.

André Miranda (no apparent relation of Eduardo Miranda) a partner in Pinto Ribeiro Advogados dubs it “superpowerful” for the success of new lawsuits, even though they will all have to be analysed case by case – and one of the judges involved in the decision has said very much the same. It has huge implications, even for the national economy, said judge Rijo Ferreira.

Vítor Amaral, president of the Portuguese association of condominium management companies, says the Supreme Court’s decision will inevitably lead to “greater judicial conflict”. He is expecting “a lot more discussion on this question in the coming condominium assemblies which are already dealing with new rules on the running of condominiums.