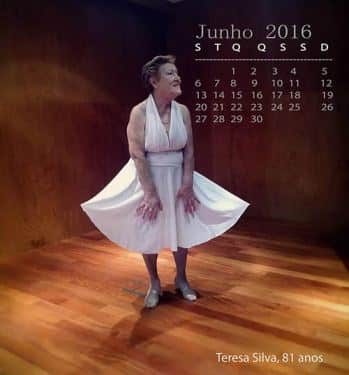 Passengers arriving at Faro airport on Monday morning were faced with chaos after freak winds overnight ripped off several sections of roof at the airport, injuring five people.

Thousands of passengers were stranded at the airport with planes unable to takeoff or land due to the adverse weather conditions and accumulated debris on the runway. Several flights coming in to Faro had to be diverted to Seville.

Roof sections in the arrivals and departures halls, as well as the air traffic control tower, were severely damaged by the storm at around 5am. A spokesman from Faro Airport told the Algarve Resident on Monday: “Several metal structures supporting the airport’s roof have been destroyed and some are beyond repair.

“As a result of the damage, access to around 50% of the check-in area, 100% of the arrivals public area, the food court and the boarding area’s commercial zone is blocked for safety reasons.”

A spokesman from Faro Hospital confirmed to the Algarve Resident that only one of the victims from the Faro airport incident had been admitted at to hospital. He said on Wednesday: “The victim, a 26 year old Brazilian resident, is still in the surgical unit but his condition is stable. None of the other victims were admitted to the hospital.”

At the end of the day on Monday, hundreds of passengers were still waiting at the airport for information about their flights, with many spending the night at the airport while some others with flights rescheduled for the next day opted to pay for an extra night in a hotel.

Local resident Russell Newton told the Algarve Resident: “I was on the 10:15 Monarch flight to Birmingham. After a couple of hours, the airport announced that the Monarch passengers would be bussed to a local hotel and flown to Birmingham the next day (Tuesday at 10:15). Unfortunately I had to be in Birmingham at 09:30 on Tuesday. So I came home, missing an important seminar.

“I have requested a refund from Monarch but was told that the circumstances were beyond their control and if I have a travel insurance policy, I may be entitled to make a claim.”

A British passenger, who wished not to be named, said that it was easier to obtain information through the media than the airport staff.

Another passenger, from Ireland, shared the same feelings, complaining about the lack of support from the airport staff.

She said: “I witnessed the roof collapse and was even hit by debris, but decided not to seek medical assistance as I was concerned I would miss my flight.

“However, my biggest worry is the lack of support and food for the stranded passengers, particularly babies. The airport staff has not said a word to us.”

Faro airport director Francisco Mendes Correia said on Monday morning: “The restaurant area is inoperable. Our main concern now is to ensure the safety of passengers by blocking access to certain areas.”

ANA Aeroportos Director Rui Oliveira said: “We are now assessing the total damage and repairing some of the most urgent areas.”

In a statement sent to the press, Faro Airport said an emergency action plan to ensure the airport’s normal operations as soon as possible had already been drawn up and was to be implemented in three phases, with the first phase already in place and expected to run until this weekend, with the priority being to fly all stranded passengers to their destinations.

On Tuesday, some of the airport operations had been restored but at reduced capacity. A spokesman said: “We expect to have six landings and six take-offs per hour today and there should be no delays.”

In the second phase starting next Monday, the airport hopes to have all the necessary conditions to accommodate all arriving and departing air traffic, albeit with limitations to the quality of service and customer care.

During the third phase, which could last from 10 to 12 weeks, part of the damaged areas are expected to be rebuilt in order to minimise inconvenience to passengers and ensure an acceptable level of service at the airport.

A further 12 weeks are expected to be needed until all damage is repaired and normal operations are restored at the airport.

The Faro Airport spokesman added: “We don’t believe this incident will put people off coming to the Algarve. The positive image of the Algarve should not be affected by this.”

Passengers wishing to know how the Faro Airport incident may affect their flights should contact the following customer support lines 289 800 617 or 289 800 801.
1″>news