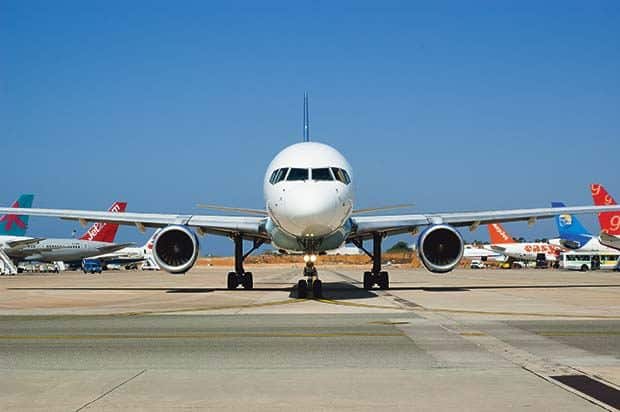 Portugal has become a battleground for airline giants like TAP, Ryanair and easyJet, which are trying to capitalise on the country’s record tourism numbers by launching new routes and more frequent flights this year. It’s a clear sign they want to be at the forefront of Portugal’s “tourism boom” which is only strengthening the country’s position as one of Europe’s top destinations. It’s also the kind of news that will delight those looking to travel to Portugal, as the increased competition will likely translate into more variety and cheaper ticket prices.

According to Diário de Notícias newspaper, at least 20 new routes are being launched this summer in Portugal while several air links which started in the winter will be extended into the summer season.

DN also says that all airlines that operate in Portugal, “without exception”, are predicting increases in passenger numbers.

Portugal’s flagship carrier TAP, which flies to 84 destinations in 34 countries, is expecting passenger numbers to grow 7% in 2018, which translates into a surge of one million passengers. In 2017, the airline registered 14.2 million travellers.

The airline will be launching new routes in Lisbon and Porto this year while also strengthening its already-existing air links, especially those to long-distance destinations.

TAP clients will soon be able to fly from Lisbon to Florence and Nouakchott (Mauritania), while Porto will be linked to Milan, Barcelona and Ponta Delgada (Azores) starting March 25.

DN adds that the airline will also increase the frequency of its flights to the Brazilian cities of São Paulo, Brasilia and Belo Horizonte, as well as Toronto (Canada) this summer.

But TAP is far from alone in the all-out battle for more passengers.

Irish low-cost airline Ryanair is expecting to reach the 11 million passenger mark in Portugal this year, a 6% increase compared to last year. This summer alone the airline will operate a total of 121 air links in Portugal.

In total, Ryanair will be launching nine new summer routes in Portugal.

Lisbon will be linked to Brussels, Baden, Frankfurt and Krakow by the low-cost carrier, bringing the overall number of Ryanair air links at Lisbon Airport to 28.

The airline will also increase its presence in Porto with new routes to Manchester and Malta and the extension of the Frankfurt and Naples air links, which previously only existed during winter.

The airline wars also involve easyJet, which plans to launch six new routes this summer – two of them in Porto (Ibiza and Zurich) and four in Faro (Bordeaux, Milan, Naples and Berlin).

DN also reports that German airline Lufthansa is “optimistic” about its 2018 operations in Portugal.

“2018 started strong, our additional seats are being booked and bookings are above the levels we expected,” a source for the airline told the paper, revealing that its Lisbon-Frankfurt route has seen its capacity increase 19.2%.

Meantime, Transavia has increased the frequency of its flights to and from Portugal, offering 2.9 million seats this year (11% more than last year).

Says the airline owned by the Air France KLM group: “Portugal continues to be a success story for the company, standing out as a dynamic and strategic market and one of the fastest-growing in all of Europe”.

The group’s expectations for this summer are “very high,” and while it has refused to announce its programme for the season, it revealed that it will be launching a route between Ponta Delgada and New York this spring, in partnership with Delta Air Lines.

It’s all great news for national airports, which last year set a new benchmark of over 50 million passengers.

In the Algarve, Faro Airport is better equipped than ever to receive more people, having inaugurated a new terminal building last year.

At the time it opened, it was described as “bigger, more modern and efficient, and better looking”, making life much easier for passengers arriving and leaving the airport.