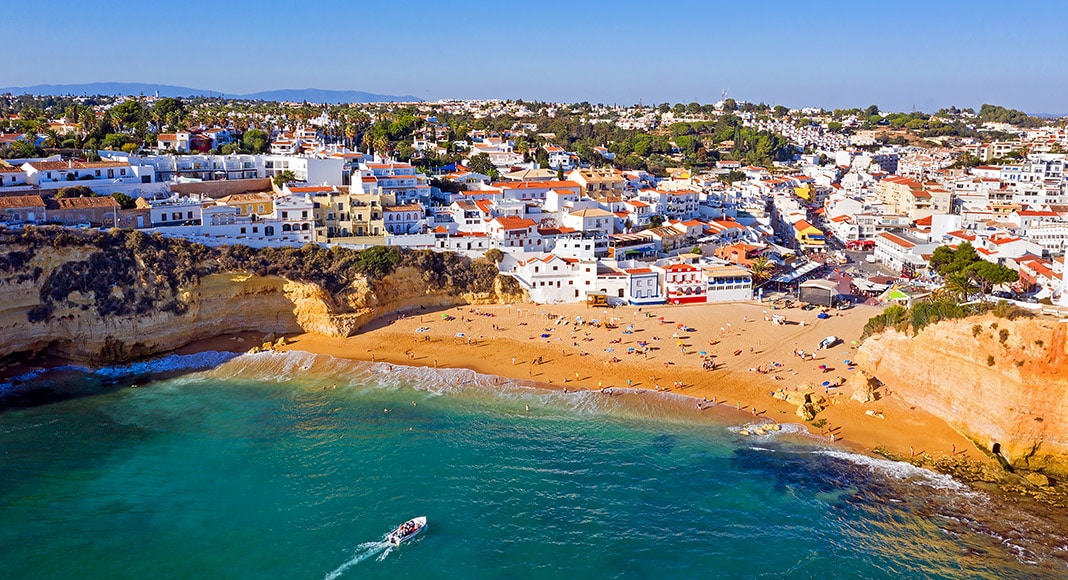 The last few days have been a nightmare roller-coaster for Portugal’s tourism sector. After weeks in which a promised ‘air bridge’ with Britain assured the arrival of British holidaymakers for what is left of the summer, a spike in cases of Covid-19 in areas of Greater Lisbon seemed to throw the whole scenario under the bus.

UK media started churning out stories that Portugal was to be ‘dropped’ from the list of ‘safe countries to visit’ – meaning any Brits that decide to come anyway would face the prospect of going into 14-day quarantine on their return home.

The ‘air bridge’ concept is one that will do away with the need for quarantine. For a sector already counting the cost of the pandemic with a rising sense of panic, the prospect of not securing one would be the final straw.

Desperate diplomatic efforts have thus been going on apace, with interior minister Eduardo Cabrita telling journalists over the weekend that the situation could not, in truth, be more ridiculous.

Britons will be safer in Portugal than they could possibly be in UK, he stressed – particularly as investigations by media sources like The Financial Times have shown Britain is releasing ‘woefully incomplete’ data on the extent of infections in the country as it is.

The sudden question over Portugal’s long-expected air bridge came as cases of the virus in a number of parishes in Greater Lisbon spiked alarmingly – albeit not translating into an increase in serious infections or deaths.

Those boroughs are now under a second lockdown and, as tourism bosses stress, they are not places that would be frequented by tourists. They are often boroughs in which largely low-paid workers live who commute into the capital on public transport.

As the ‘outcry’ over the iniquity of losing the air bridge has gained traction, The Telegraph did concede on Monday that the Algarve, “the third most popular destination in Europe for UK holidaymakers”, has only “a small fraction” of Portugal’s virus cases, while southern Portugal in general “has recorded just 612 cases since the start of the pandemic”.

“No Covid-19 patients have died there for nearly two months,” the paper admitted.

This has added fuel to the fire of those fighting Portugal’s corner.

Francisco Calheiro, president of the Portuguese Tourism Confederation, told The Telegraph that he simply “could not believe” that the country faces being excluded from Britain’s air bridges on the basis of a very arbitrary translation of data.

It’s not simply the Algarve that has what Calheiro calls “a low expression of the virus” – the Alentejo too is one of the least affected areas, as are the autonomous regions of Madeira and Azores. Indeed, Madeira hasn’t yet suffered one death to Covid-19.

As voices started rising across the board against the looming ‘threat’ of losing British tourists, the British government itself seems to be back-tracking.

First the list of air bridges was promised for Monday. Then it became Wednesday, and now – at time of writing – it is “the end of the week”.

In the Algarve, a last-minute petition demanding “Give Portugal an Air Bridge!” amassed almost 4,000 signatures in less than 24-hours and was still charging forwards as we wrote this text.

Of course, there are also those who wonder at the folly of Portugal even courting the prospect of British tourists – particularly in light of newspaper stories suggesting ‘data’ is skewed and there are actually many more cases of the virus in Great Britain than authorities there are reporting.

There is also the faction – involving the travel industry and airlines like BA, Ryanair and easyJet – that says the whole airbridge concept is “a fiasco”, “unworkable, poorly thought through and economically damaging”.

George Morgan-Grenville of British tour operator Red Savannah described the policy as having “more holes in it than a sieve”, telling website Travel Weekly: “The (British) government has rushed through these measures with no scientific evidence supported by its SAGE advisory group and no consultation with the travel companies that matter.”

He could have added that the measures also appear to have missed the fact that Portugal was the first country to be distinguished by the “Safe Travels” seal of approval by the World Travel and Tourism Council on the basis of all the efforts taken by the tourism and hospitality sectors to ensure visitors are protected as much as humanly possible.

In the end, Francisco Calheiros believes politics and lobbying must have somehow ‘gotten in the way’ of good sense.

If news stories are to be believed, ‘safe’ countries that will almost certainly get airbridges with UK include Spain, Italy, France, Germany and Turkey – most of which have had far higher death tolls and almost all of which are also faced with new localised ‘outbreaks’.

“If the British are forbidden to come to Portugal, someone is going to profit,” Calheiros has told The Telegraph. “If you are a typical English family with two kids who wants to come to a beach, have a summer vacation, if you are not going to Portugal, you have another alternative and that alternative will profit with them. Yes, I believe there are some politics (involved). Of course there are.”

Today (Thursday), the Telegraph has reported that the British government is actually due to scrap its airbridge policy altogether and allow Brits to fly on holiday to no less than 75 destinations without the need for quarantine on their return. However, Portugal’s inclusion in the list of 75 is still in question.