Air support is back over Quinta do Lago this afternoon after a reignition in one of the many hot spots left from Wednesday blazes.

Two planes and two helicopters were scrambled at 1.30pm.

The Alerta Incéndio Florestal/ Forest Fire Alert Facebook page, followed by so many during the fire season, has just announced: “There has been a flare up in the Gambelas/Quinta do Lago fire. It is now showing as active again on ProCiv. For updates on numbers please see the original Gambelas fire post below. For all other comments post here”.

One of the comments following says: “Houses at risk . Neighbours fighting fire with garden hoses“.

Another has written: “I have a friend that lives there, it has gone past Vitacress and IBC. Wind is pushing towards Almancil” – meaning yet again this fire that caused so much anxiety on Wednesday is roaring back into life. 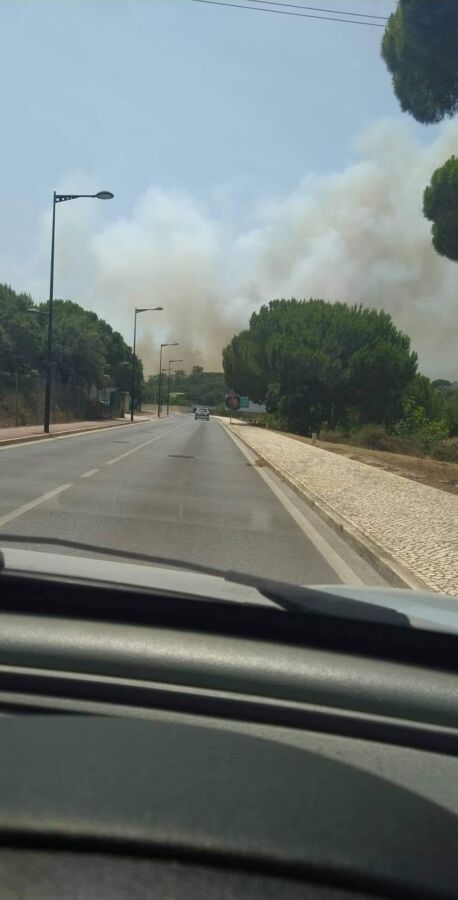 236 firefighters at the scene, backed by 84 appliances.

An interview of a homeowner on site has raised the question as to whether this new blaze is the result of a reignition, or whether it was caused by something else. The woman told SIC Notícias that she believes it began in a rubbish bin, but cannot confirm that.

Within less than an hour of this new fire starting, heavy machinery had been mobilised in a bid to stop the flames spreading.

According to SIC the fire was taking hold in an area of pine trees, and spreading through undergrowth in the direction of Almancil.

This fire is now featuring on website fogos.pt as “in resolution”, meaning the prompt response by firefighters/ Civil Protection appears to be worked the necessary magic, again.

Back to the national scene, which is still full of issues, albeit many more fires now are in resolution than they were earlier this morning.

This afternoon, a fire in Spain was approaching the border near Bragança, leading to the evacuation of the village of Petisqueira.