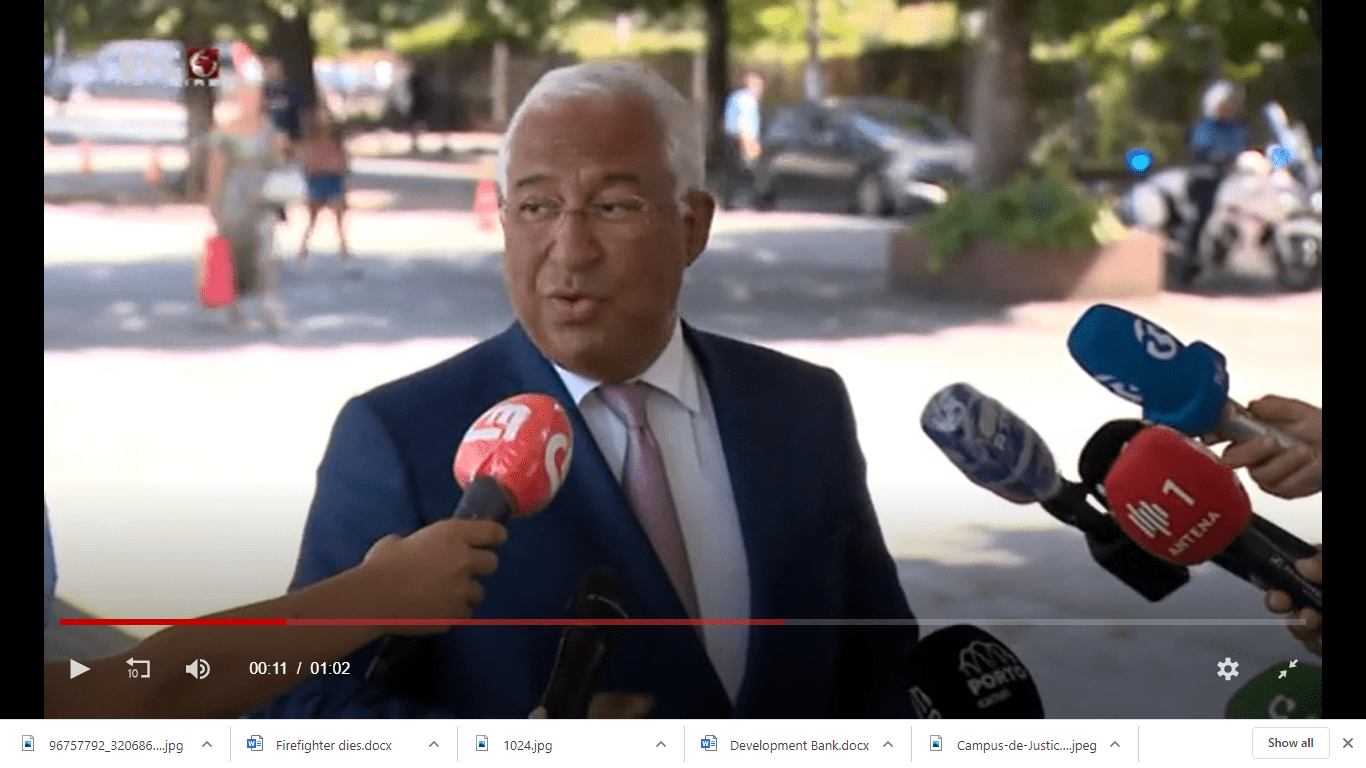 The bottom line as specialists opened discussions this week on the developing Covid situation in Portugal was that the country can’t go into another lockdown.

Repeating a pledge made earlier this summer, prime minister António Costa has said: “We are at a crucial moment”.

Yes, infections are bound to increase as children return to school and many workers return to work after the traditional August month of holidays, but “we have to avoid at all costs the solutions we had to adopt in March and April”.

From a social and economic point of view, another lockdown is “obviously not sustainable… We cannot all stop working again and return to a global paralysis of the economy because we know the brutal impact it is having on employment, the income of families and the lives of businesses”.

These were the words as Mr Costa went into the meeting in Porto which was expected to end with the announcement of at least some of the measures that will be coming into force next week when the country returns to a State of Contingency.

As things transpired, there was no announcement. Part of the meeting was transmitted live. The main message emerging being that the country is “much better prepared” in the event that it could face a ‘second wave’, while experts actually doubt this is coming.

But the reality remains that the Rt number (meaning the transmission rate) is now 1.12 – hence the constantly increasing number of infections that have spiked since the middle of August.

Stressed DGS health authority medical advisor Pedro Pinto Leite the way forwards is to “reinforce advice on physical distancing, hand-washing, the use of masks and other forms of individual protection, the need to keep interior spaces well-aired and the absolute necessity to avoid touching one’s eyes, nose and mouth”.

He said this message is particularly relevant to the over 80 age group which has most suffered as a result of Portugal’s outbreak, and the under-30s who are powering the increase in infections.

As for the epidemiological situation, the consensus is that deaths are becoming less in spite of the rise in infections. Of the 1,840-odd deaths so far, the crushing majority have been in the over-80s age group, followed in a much lesser way by the over-70s.

Meantime, the search is on now for 12,000 volunteers for a nationwide test on immunity to the virus. With the rising number of infections – few of which are leading to serious illness – immunity is growing.

The João Lobo Antunes institute of molecular medicine will be running the tests. Anyone interested in taking part should do so via: www.painelcovid19.pt or telephone 800 100 062 between 8am and 6pm.