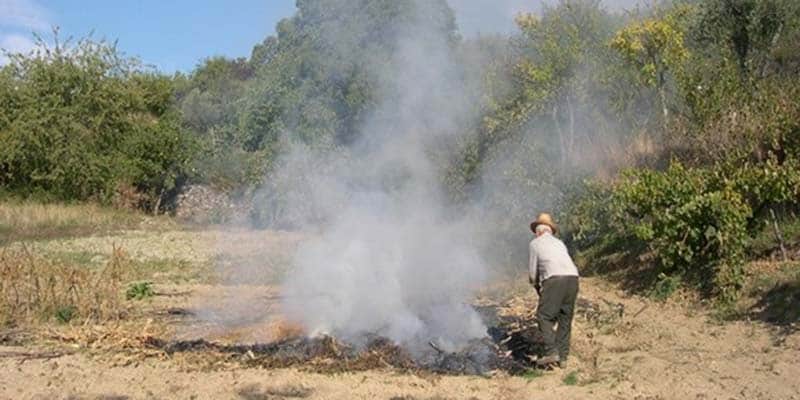 From today (March 1) anyone thinking of having a bonfire, or of clearing land ‘the traditional way’ by fire, faces a new set of regulations.

The development is just one of the measures emerging from the latest ‘Organic Law’ governing Civil Protection, approved by the Council of Ministers yesterday.

In a nutshell, it is all part of the ongoing State effort to keep citizens safe and reduce fire risks following the devastating fires of 2017 in which over 100 people died.

Today’s ‘bottom line’ is that anyone intending to start a fire of any kind in open countryside must not only get advance permission from local authorities, they must have firefighters, or at least forestry sappers, on hand.

“Queima Segura” covers any kind of outdoor fire, whether material to be burnt has been piled into a heap, or whether it lies where it has been cut, explain reports.

Promoted by the government, it is designed to be actively supported by borough councils and should go a long way towards guaranteeing improved fire safety.

Minister for the Interior Eduardo Cabrita accepts that ‘queimas’ or ‘queimadas’ (as land-burnings are called) were the causes of “many of the fires that broke out in October 2017”, causing untold human tragedy and damages.

Indeed, the old ‘understanding’ that land-burnings can go ahead unsupervised outside the traditional fire season has now been well and truly scrapped.

In October 2017, a number of these land-burnings were started by farmers and agricultural workers ‘expecting rain’.

A report – also published this week – by the team working with independent forest fire expert Domingos Xavier Viegas- explains that the rain was on the way, but it didn’t come quickly enough.

Addressing reporters, Eduardo Cabrita conceded that for a future less ravaged by wildfires, there has to be a “radical change in the conscience for prevention by Portuguese society”.

In other words, people have to appreciate how their behaviour, whether traditional or otherwise, could put others in danger.

But the changes are by no means foolproof.

Explained Viegas in his latest report, the nationwide campaign to get homeowners to clear their land within a 50 metre perimeter is still not be enough.

“Unless everything is cleared, the risk of the property being hit by fire cannot be significantly reduced.”

Said TSF radio: Investigators discovered that many houses (back in October 2017) were “hit by projectiles coming from a great distance, even when there was no vegetation close to the building”.