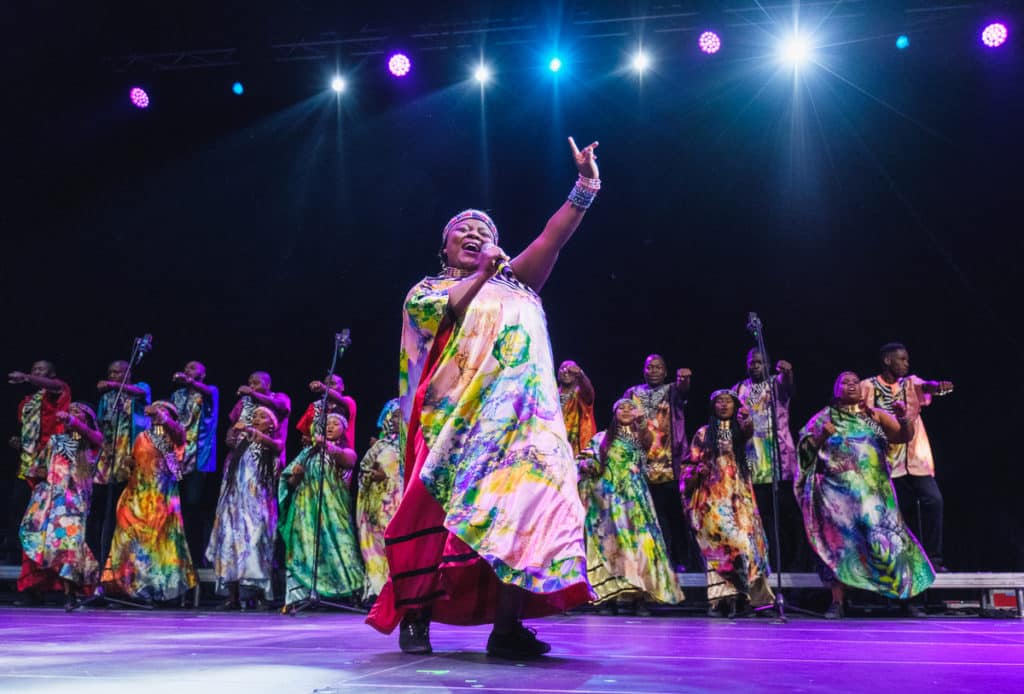 The musical group Soweto Gospel Choir, composed of the best artists from South Africa, arrives in Portugal in November for five shows full of rhythm, colours and inspiring messages.

On November 23, the city of Porto will host the African gospel music show at the Coliseu Porto Ageas, followed by the stage at the Centro de Artes e Espetáculos in Figueira da Foz on November 24.

The South African choir performs on November 25 and 26 in Lisbon, at Centro Cultural de Belém, and finishes the national tour in Leiria, at Teatro José Lúcio da Silva on November 27.

Tickets are already on sale at UAU.pt, ticketline.pt and at the usual places.

For this European tour, the shows are divided in two parts, which promise to “conquer the audience by the incomparable and inspiring power of African gospel music: in the first part the choir presents ‘Freedom’, in memory of the legacy of Nelson Mandela, passing on a message of hope and joy; in the second part, the South African ensemble brings to the audience international and timeless gospel classics, such as the chilling renditions of Leonard Cohen’s ‘Amazing Grace’ and ‘Hallelujah’.

Soweto Gospel Choir was established in 2002 and over the years won over audiences by the charisma and personality of the shows, in which they perform traditional and contemporary themes in an exciting harmony full of South African rhythms.

These electrifying performers have shared the stage with some of the biggest names in world music including U2, Aretha Franklin, Stevie Wonder, Robert Plant, Celine Dion, Red Hot Chili Peppers, Josh Groban and recently Ben Harper.