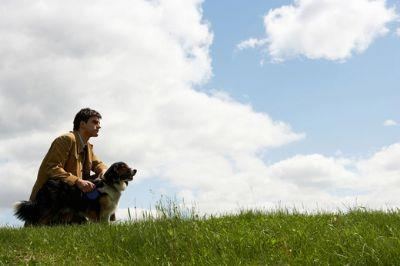 The laying of poison bait in the countryside continues to claim lives of animals in Portugal, a terrible and wholesale way to destroy indigenous predators but also the properly controlled dogs in the presence of their owners.

Thought to be by those with a need to protect their livestock but also by the sporting fraternity seeking to preserve game, it is against European Union law and also that of Portugal, yet it continues unchecked. Within the past month, I have been told of two cases in the area of Messines while members of a walking club were following the Algarve Way.

In the first instance, two dogs ate bait laid by the wayside: one died and one survived but with poor health and low life expectancy.

In the second incident, a small rescue dog died despite attention from a local vet. Agony for the victims and heartbreak for their owners are of no concern to those responsible as I remember only too well when we lost Gemma. She died from Strychnine poison picked up within the area of our holding and despite every effort from the vet, met a slow and horrid death. While animal life seems to be considered fair game and it cannot be equated with that of human beings, there is a parallel here to the cowardly bombers who lay their explosives and sneak away to watch others die.

Easter having come and gone, it is to be expected that a few holidaymakers will have visited some part of the walk that is way-marked from Alcoutim on the Spanish border to Cabo de São Vicente in the extreme west. Now being presented as an Activity Holiday, visitors from other countries might also be accompanied by their dogs and such adverse publicity can only be counter productive for the tourist industry in Portugal.

The weather was clear and sunny until Easter week apart from thin high cloud, some of which was from vapour trails in the jet stream teased out across the sky to merge with patches of Cirrostratus. Thus tempered, the heat of the sun and its ultra violet rays were just right for some gentle tanning. Being fairly quiet out in the sticks we usually strip off, but the other day we were rudely awakened when a four-track came rattling up the drive and caught us minus everything but our blushes.

With little chance of sunbathing in the UK, we were making the most of it before having a chilly spring break beside the waters of Milford Haven in Pembrokeshire; a most beautiful place, but frequently veiled in rain according to TV weather forecasts.

Meanwhile, our excellent gardener continues to smarten the place up. An afternoon devoted to painting some scruffy outbuildings combined with rebuilding dry stone walls and strimming, has transformed the place from set-aside land to neatly rustic, with further improvements in the pipeline. We have been thinking about installing solar heating to which end the house and environs were given the once over by a highly qualified young lady, recently graduated in Mechanical Engineering at Faro University.

Because renewable energy from the sun is an obvious way to reduce pollution of the atmosphere, some countries assist with grants, but Portugal has a system that allows a tax reduction instead. As a result, this rules out any benefit for lower income groups that pay little, if any, tax but which are more in need of financial encouragement.

Perhaps we should go for wind power instead and take a leaf from the Boss’s book. Today accompanied by like minded friends, he found more than enough wind out in Lagos Bay to satisfy the keenest of sailors and, on his return, settled down to some serious virtual racing. This has become a regular feature and certainly keeps thousands of armchair helmsmen happily employed and out of mischief. Rain, having held off until the Easter break, began to fall shortly after holidaymakers arrived for their dose of sun, sea and sand. As we tucked into fish and chips last night within the Marina precinct, it was sad to see parents and children walking back to town under streaming umbrellas, with very little to do but return to their accommodation and watch television.

No doubt the sun will shine just as we leave for Wales, but the arrival of this much needed rain will help the countryside to hold on to its lush vegetation and the hills to remain green and full of wild flowers well into the month of May.

Reed beds along the dry river course now stand shoulder high, once more with their stems in water and offering camouflage to Herons as well as Great Egrets, a fairly common sight standing motionless or stalking an unsuspecting frog with stately concentration. Occasionally one glides in over the house early in the morning to land on our neighbour’s lake and we have to move very quietly if we are to see it before it takes off, circles overhead and flies away toward the Barragem da Bravura. The other day, a large black bird flew up from behind a dry stone wall on our land.

Gaining altitude very slowly, it barely cleared the trees and at first glance I thought it was a Cormorant until I saw the bright yellow beak. Someone’s Muscovy duck was off on a jaunt which is unusual because they are very much home birds, excellent mothers and unlikely to wander far.

Margaret Brown can be contacted by emailing features@algarveresident.com