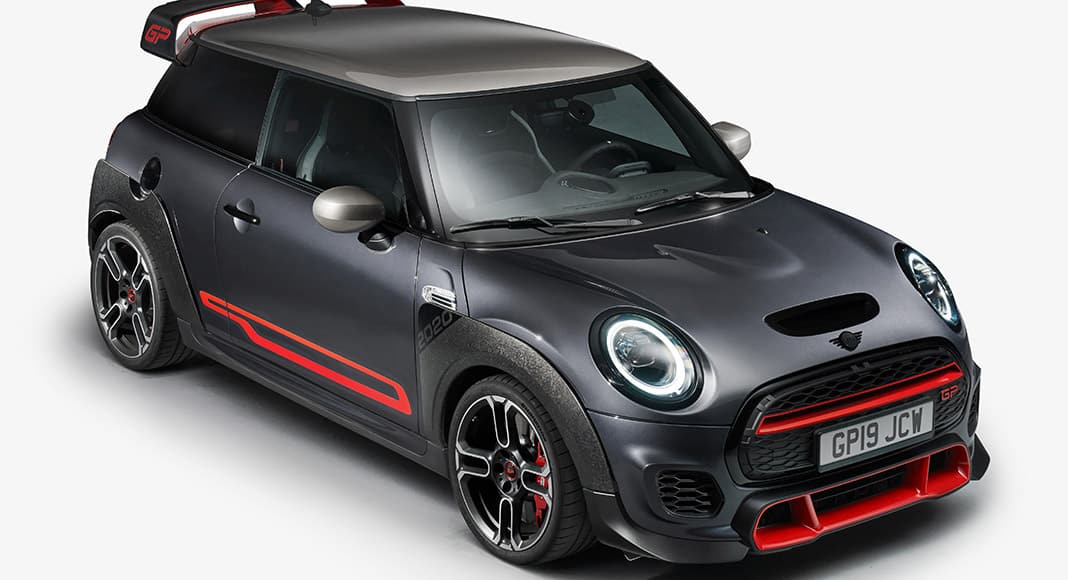 A Mini with 306 horse power? Yes, sir, that is correct. And it might just be what the doctor ordered.

They are all sold out, so if you want one it will have to be second-hand. Despite the fact this is a nearly €53.000 Mini, all 37 units destined for Portugal from an overall production of 3000 cars have sold out in no time.

This piece of information tells us two things in my perspective: first, there are at least 37 people that think €53.000 is a fair value to pay for a Mini; and second, Mini as a brand still has a lot of pull with its most loyal fans.

Luckily, the BMW press department thought it a good idea to have one for themselves too and they let me drive it for three days.

So what exactly is the Mini GP? I am sorry, that is not correct; the name of this car is Mini John Cooper Works GP. Now the John Cooper Works versions are already the spiciest of the Mini range, but near the end of every generation’s lifecycle the guys at Mini come up with something bonkers.

The GP is, in some ways, the very definition of a hot hatch, but with a teeny, tiny difference. A hatch is a small, compact, practical car for a family. A hot hatch is a hatch with added sportiness, meaning more power, beefed up brakes and suspension and impressive performance. The Mini GP, however, does not have rear seats. In the name of lightness, they were removed and a crossmember was added to help keep the luggage in place. One of the things that make a hot hatch a hot hatch is therefore gone.

So in other ways the Mini GP is not exactly a hot hatch. In fact, with this much power, no rear seats, an automatic gearbox and a limited-slip differential, the GP is almost a small supercar isn’t it? Having driven the GP I witnessed first-hand that this is a Mini that, on the right road, will actually give a bloody nose to most de facto supercars.

The GP uses the same engine as the regular John Cooper Works, but with a bigger turbocharger, new pistons and conrods and the necessary additional cooling, putting out a mighty 306 horse power for a 1255kg car. Like every other GP before it, this one is the fastest Mini ever produced, with a 5.2 seconds time to reach 100km/h and a top speed of 265km/h. Not very Mini. Quite maxi, actually.

The carbonfibre extensions on the front and rear axles are filled by dedicated 18-inch wheels and in the back there is a frankly ridiculous (in the best imaginable way) rear wing that would look outrageous in a concept car, let alone a production model. Suspension towers are much stronger and there is a strut brace under the bonnet for better torsional rigidity. You can see what Mini tried to do with this: to extract the maximum performance from every aspect of the car.

Now that you have the technical specs all cleared up, let’s talk about what matters: the driving. Well, one thing is for sure: this is not a refined car. It is noisy, the ride is quite hard, it goes about its business in a shouty manner and tramlines strongly when the asphalt is less than perfect. You can never relax behind the wheel and when the pace is bordering on the illegal it feels as demanding as a full-on super sports car.

For better or for worse, every minute on the road in this thing is an event. If you feel like it, then you will love this car; I did most of the time, because I knew I only had it for a limited period of time and I had to make the most of it. But I wouldn’t see me driving one on a daily basis. However, as a third or fourth car – as I suspect it will be for most buyers – it is absolutely brilliant. Just a big shot of adrenaline to make a Saturday morning worthwhile. Then I suggest you take the rest of the day to recover from the work out.

I know some people who have the first and second Mini GP in their garages and I can see them adding this GP3. Because it is different enough from its predecessors and because it is different enough from pretty much everything else. Objectively, there are better cars at this price point but I am certain that matters precisely zilch for all 3,000 people who got one worldwide. Remember what I said in the beginning: they are all sold out. 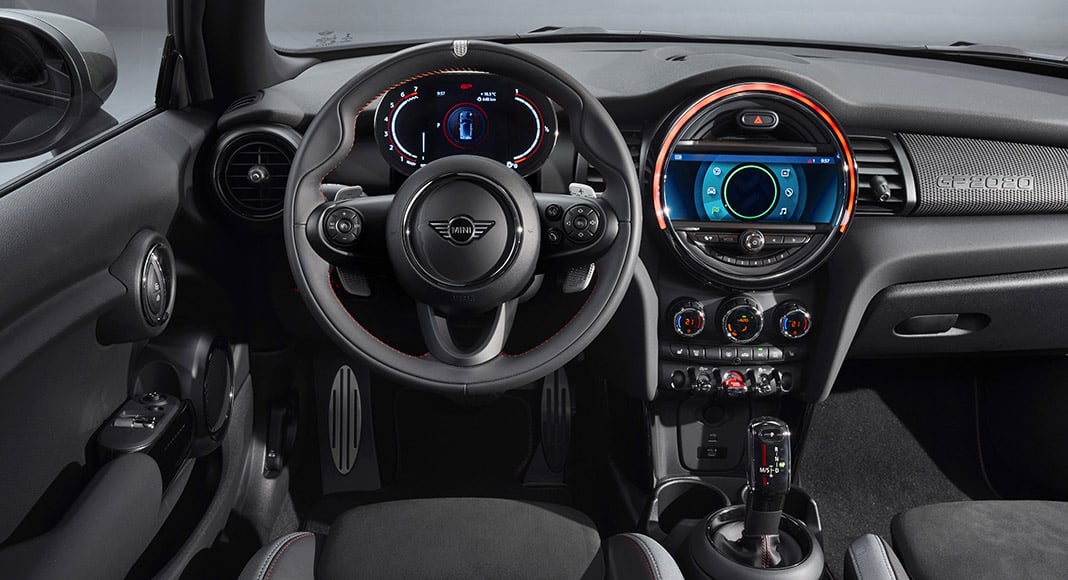 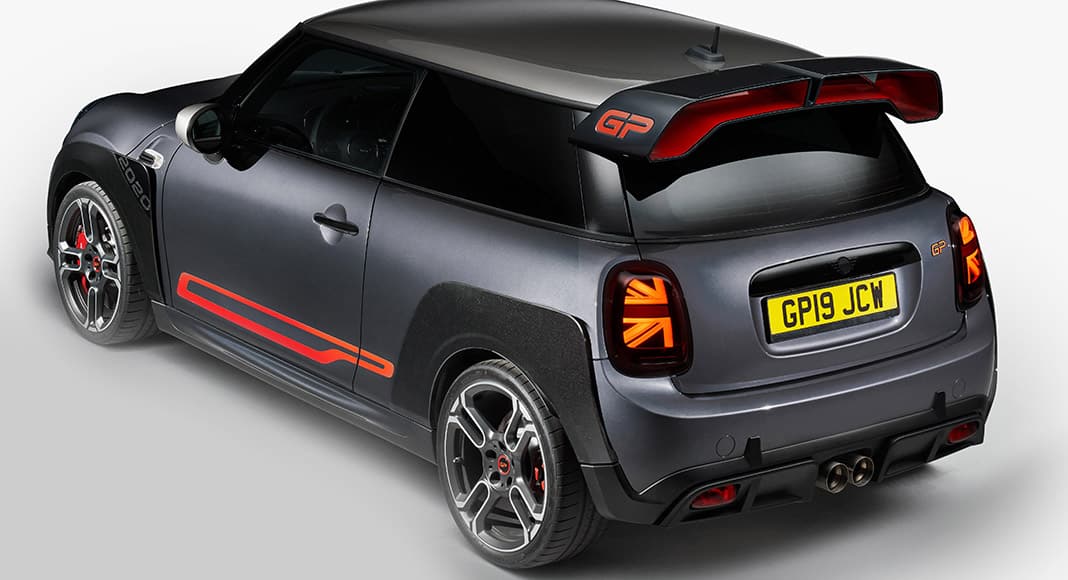 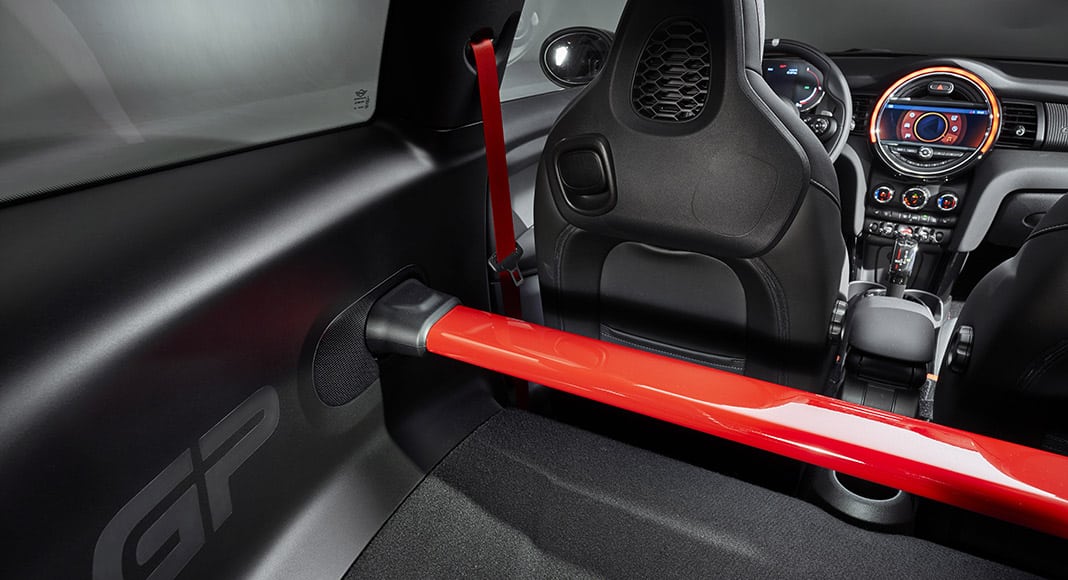