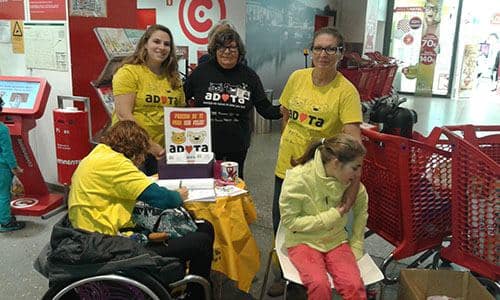 Tavira-based animal charity ADOTA is urging the council to provide a space where it can set up a shelter for its “unwanted dogs and cats”.

“We’re having a meeting with councillor José Guerreiro next week and hope to hear some good news,” said the charity’s founder Cristina Dentinho.

ADOTA has already started a petition to show the council how many people support the idea.

Charity workers told us they were surprised by the “fantastic response of local animal lovers” and though Dentinho could not specify how much food was collected, she confirmed it was “way more than expected”.