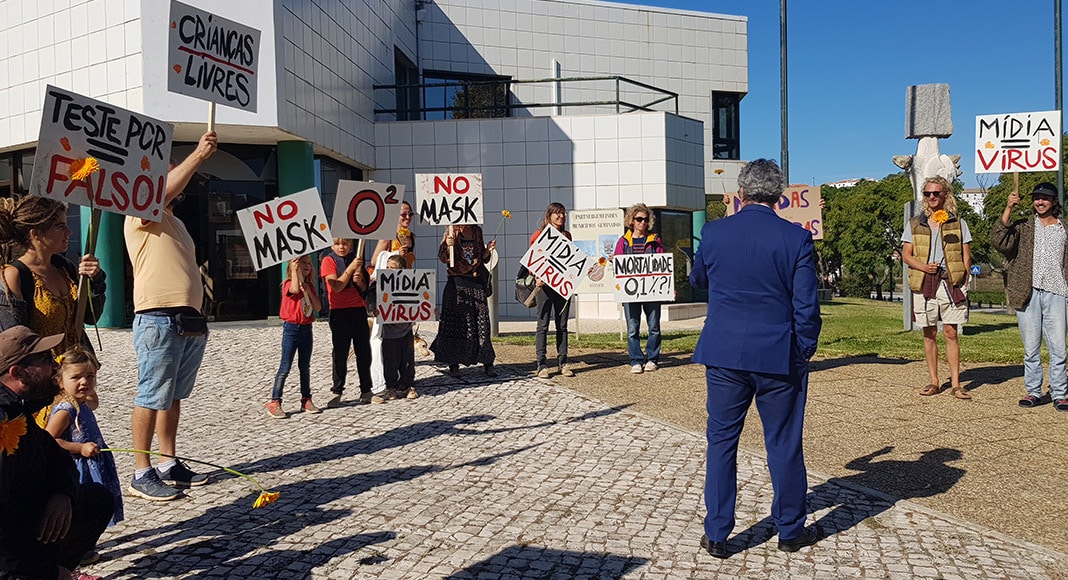 President Marcelo is due to visit Aljezur today – and activists have been waiting for him since early this morning.

The town that featured so prominently in the anti-oil fight, has shifted focus with the times and is now deeply concerned with measures imposed as a result of the pandemic.

Indeed, those involved in ‘ABC Aljezur’ would argue that this isn’t a ‘pandemic’, but more a ‘coup d´état’ that is relentlessly eroding civil liberties.

Backed by ‘advogados pela verdade’ – a group of lawyers that took part in demonstrations in Lisbon earlier this month (click here), ABC Aljezur has decided that the visit today by President Marcelo (part of his ongoing series of visits to help raise spirits in the Algarve, if not the region’s ‘popularity’ as a tourism destination) is a perfect moment to show the level of distrust bubbling under the surface.

With newspapers highlighting the fact that GNR police are today ‘reinforcing’ checks on compliance with government measures brought in under the State of Calamity, the truth is citizens everywhere are starting to question ‘what is really at issue here’. The feeling is that it cannot simply be a respiratory virus that leaves the majority of its victims unscathed (if they show symptoms at all).

Despite the fact that PM António Costa has said he ‘hates’ enforcing new restrictions on the country, people have become ‘suspicious’.

According to ‘advogados pela verdade’, there is a clear agenda underway. The State of Calamity today is to be followed, they say, by a new State of Emergency in two-weeks time, in which the prospect of a new confinement has already been mentioned in Público today by the prime minister.

“It’s not simply our civil liberties at risk”, says the lawyers’ group. “But our freedom to earn a living, feed our families”.

The group insists it will be waiting to ‘confront’ President Marcelo whose ‘itinerary today’ involves ‘inaugurating’ the town’s new pedestrian footbridge.

In the meantime, ABC supporters held a peaceful demonstration in front of the council building (see image). 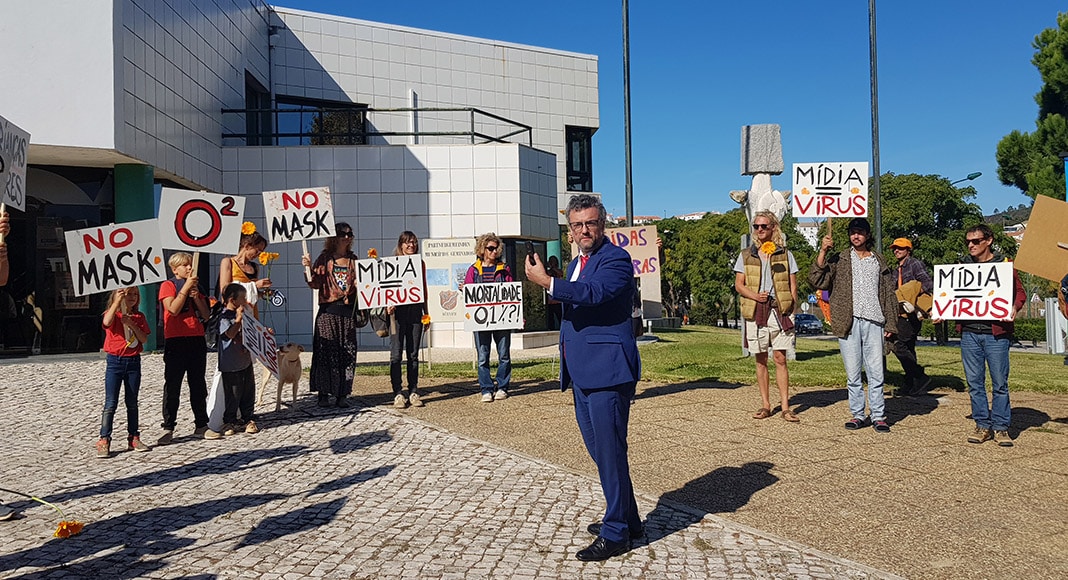