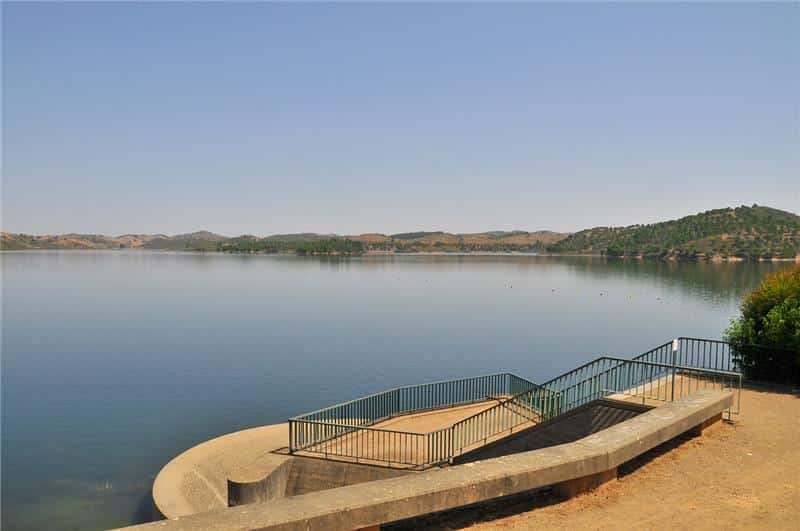 Local outrage over an antiquated irrigation system that has been pumping millions of litres of perfectly usable freshwater into the sea for 45 years has finally hit home.

Authorities in charge of the Mira irrigation network have “initiated investment”, says Lusa, that should see the whole system hauled out of the Dark Ages and into a world where drought has become one of the burning issues of climate change.

Said Manuel Amaro Figueira of the association of landowners and producers using the network (ABM): “Total modernisation is the objective of candidacies (to European fundings).

“We’re talking about millions of euros”.

The network is currently operating at a level that sees 40% of water removed from Santa Clara dam, in the Alentejo, ‘lost’ as it crosses over 12,000 hectares, servicing 2,500 ‘customers’ in various municipalities.

As the Resident highlighted earlier this summer, the final stop in this profligate cycle sees gallon-upon-gallons of water jettisoned into the sea near Rogil – with the roar of whitewater that keeps environmentally-concerned residents awake at night (click here).

Bit by bit, says Figueira, the damage will be staunched.

“This year we automated one (distribution block)”, Figueira told Lusa, “at a cost of almost €4 million”.

The system now has two automated blocks, says the news service, with two further blocks of 1000-hectares each up next.

These blocks will both need an investment of around €9 million, said Figueira, for which the government is hoping to get funding.

If all goes according to plan, the system could end up retaining 95% of its water – a saving of up to 20 million cubic metres per year.

But the emphasis is on ‘hope’: it’s clear from Lusa’s report that the likelihood of the government finding funding from within its own budget is zero.

Indeed the story is presented as if the fuss local people have been making about water wastage has been somehow over-the-top.

Agriculture Minister Capoulas Santos told Lusa that “in the post war period” all irrigation systems were constructed along the Mira network’s lines. Many of these have since been improved, he said – but “this is not the only dam in the country with a system that registers such a huge amount of water loss”.

It is however the dam visited by Bloco de Esquerda MP João Vasconcelos last month, resulting in his description of wastage as “unbelievable”, and his pledge to take the issue up in parliament.

It’s now a question of ‘waiting to see what happens next’.

As Lusa concludes, the Santa Clara dam – which receives its water from the Mira river and then feeds the irrigation network – is currently running at 53.4% of capacity. Without significant rainfall, waiting – without automated results – is just not an option.