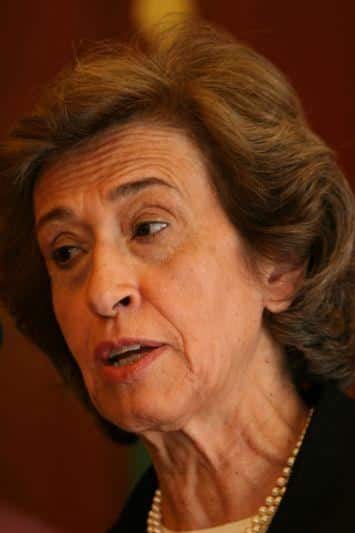 Reflecting an increased disenchantment with the policies of José Sócrates’ ruling centre-left Partido Socialista party, the Portuguese centre-right netted 31.68 per cent of the vote in Sunday’s European Union Elections.

Mirroring an overall tendency seen in most of the European Union’s 27 member states, the centre-right Partido Socialista Democratica (PSD) party led by veteran economist Manuela Ferreira Leite, unexpectedly swept the board with a higher margin than most polls had predicted.

However, analysts say that the crushing defeat for José Sócrates has more to do with internal dissatisfaction at home rather than any clear understanding of the workings and policies of the European Union as a whole, and could be an effective barometer for the fortunes of the Prime Minister at the forthcoming General Election in October this year.

In the European elections, won as had been expected by PSD MEP candidates Dr Paulo Rangel, Carlos Coelho and Graça Carvalho among others, the PSD walked away with 31.68 per cent of the votes, the PS (Vital Moreira, Edite Estrela among others) bagged 26.58 per cent, the left-wing Bloco de Esquerda (Miguel Portas, Marisa Matias, Rui Tavares) garnered 10.73 per cent, the communist CDU party (Ilda Figueiredo, João Ferreira) picked up 10.66 per cent while the conservative right wing CDS-PP party (Nuno Melo, Diogo Feio) trailed behind with 8.37 per cent.

However, the European elections, which saw a record level of absenteeism running at around 63 per cent in Portugal, not only reflects the electorate’s disenchantment with the Lisbon government and its political class as a whole, but also a growing disillusionment with the European Union and its leaders as Europe faces one of its worst economic and financial crises since the end of World War II.

But the results show much more than that – they show a profound ethical, moral and political crisis and deepening social disquiet which is opening the door to extreme and nationalist parties in Europe with victories for far right and fascist parties like the British National Party and anti-immigration and EU parties like the UK Independence Party (UKIP) in Britain.

Overall it was the centre right parties in Europe that gained in these elections, a victory which means that the European Popular Party (EPP) maintains its comfortable position as the leading party in the European Parliament.

It was a particularly good night for the governments of the two main economic powers in Europe, France and Germany, but a dreadful defeat and indictment of their policies for both Britain’s Prime Minister Gordon Brown and Ireland’s Prime Minister Brian Cowen.

Overall Portugal scooped up 22 seats while José Sócrates’ PS party saw its vote share plummet by 18 per cent with the Greens and centre and far right parties picking up the slack.

And even though the PSD party won, its margin was still short of the votes it won in 2004.