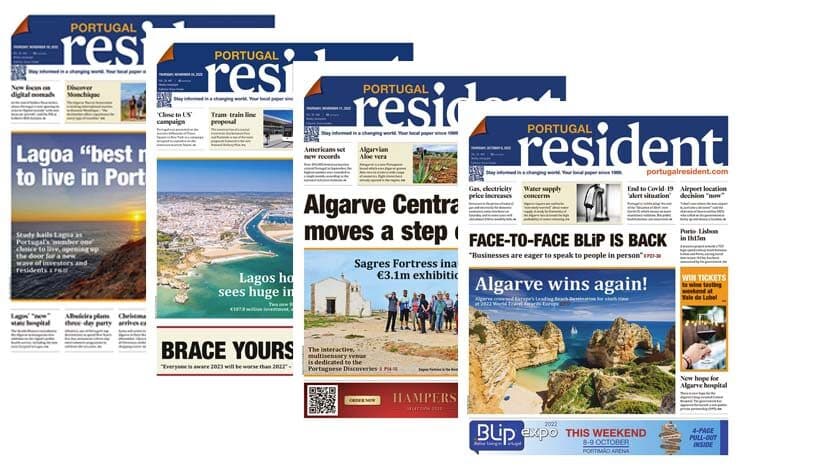 Established over 30 years ago in 1989, the Portugal Resident weekly newspaper is a local read for the English-speaking community in the Algarve. With thousands of readers, it has a paid circulation area that stretches from east to west of the Algarve. Paper and digital subscriptions are sent to readers around the country and world.

Its readers “appreciate the quality of an excellent newspaper and are willing to pay for it every week. It is a trusted and respected publication including sections to suit a wide variety of readership; publishing unrivalled and unbiased news”. Aside from local and national news, regular sections include sport, business, property, food & wine, entertainment, lifestyle, motoring and health.

The Portugal Resident also sends out a weekly newsletter of news and feature highlights, which people can subscribe to.

It all started as an idea by Canadian couple Dan and Carole Heffernan, whose first love was bowling – though they also enjoyed spending the day producing the easy-to-read local Discover magazines in the 1980’s out of two adjoining apartments in Praia da Rocha.

At the time named Algarve Resident, the first edition was published on November 8, 1989.

The paper’s first editor Reg Reynolds was just as keen to start writing his own books, so he renounced his editorship, leaving journalist Natasha Donn in charge. The Heffernans decided to move to Spain and sold the Algarve Resident to Sheena Rawcliffe and Tony Purbrook, who created a popular publication that answered the needs of a growing expat community.

In 1993, the paper left the back bedroom of the Rawcliffes’ villa and moved into real offices in Lagoa.

In the early years, the Algarve Resident was a family affair. Sheena’s father, along with Tony, sold advertising space and Sheena’s stepmother worked on the administration side. Sheena’s son Mark later added to the family affair that was quietly changing the face of Algarve media coverage.

The publication was originally in A4 format, but it was soon obvious that the paper should ‘grow up’ into a real tabloid format.

During its growth, it worked with professional editors/publishers, the first being Brian Adams and then Mike Almond. Both brought new insights into the publication. In 2005, Inês Lopes, a long-standing member of the editorial team having worked closely with previous editors, was appointed editor and has remained in that role since.

In 2012, the Algarve Resident was acquired by the Open Media Group, a well-established publishing group, under publisher Bruce Hawker and his business partners. 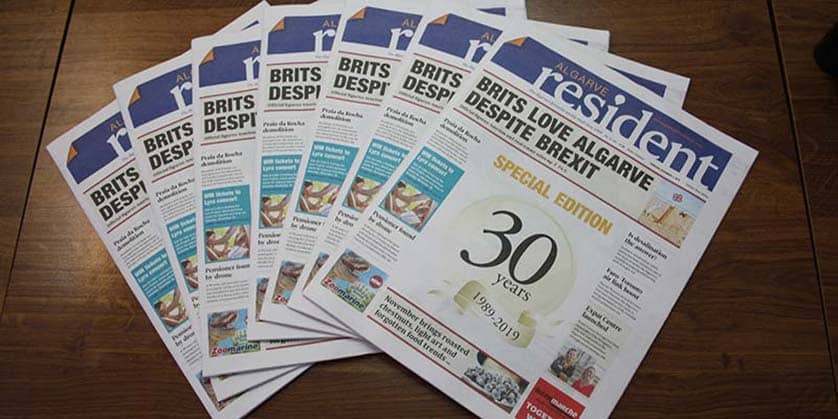 It was a special evening for the Algarve Resident team as the newspaper celebrated its 30th anniversary on November 8 with a special event at the five-star Tivoli Carvoeiro Hotel.

Guests enjoyed excellent wines courtesy of Quinta dos Vales and delicious canapés served by the staff at Tivoli Carvoeiro. Resident chefs also put on a show by cooking a delicious ‘xerém’, a kind of corn porridge with shrimp and shellfish.

Bruce Hawker, CEO of the Open Media Group, publishers of the Algarve Resident, thanked all those in attendance for showing their support over the years, as well as the team which produced what he described as the “biggest and best edition of the Algarve Resident yet” (the celebratory 72-page November 7, 2019 edition).

He also highlighted the launch of the new revamped Portugal Resident website, which was redesigned and improved in various ways. The result is a website that is more appealing and easier to use, making it a more enjoyable experience than ever to stay up to date with what is going on in the Algarve and Portugal.

The event was a great way to mark such an important milestone for the newspaper.

Editor Inês Lopes said: “Each edition represents the hard work of a fantastic, professional team who, to me, are more than colleagues. They are family.”

Distributed to newsstands by VASP, Portugal’s leading press distribution company, the Portugal Resident is available in most newsagents in the Algarve, with a cover price of €2.

Extra print run and distribution at local and international events.

The Portugal Resident website  was launched in 2014 and is one of Portugal’s most popular English-language online news sources. The site underwent a complete re-design at the end of 2019 and continues to grow. The daily news portal has many resources at its disposal as far as English-language publishing in Portugal is concerned, with a team of journalists and writers contributing daily to the project.

Backed up with extensive lifestyle content, portugalresident.com is described by publishers Open Media Group as “the one-stop shop for those searching for information about Portugal in English”. 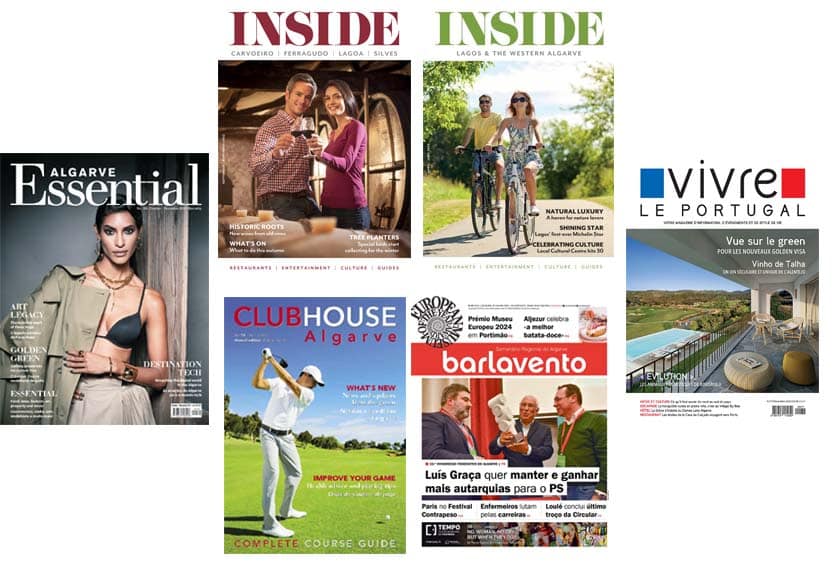