Portugal Resident
Home Lifestyle Motoring Abarth – While we still can 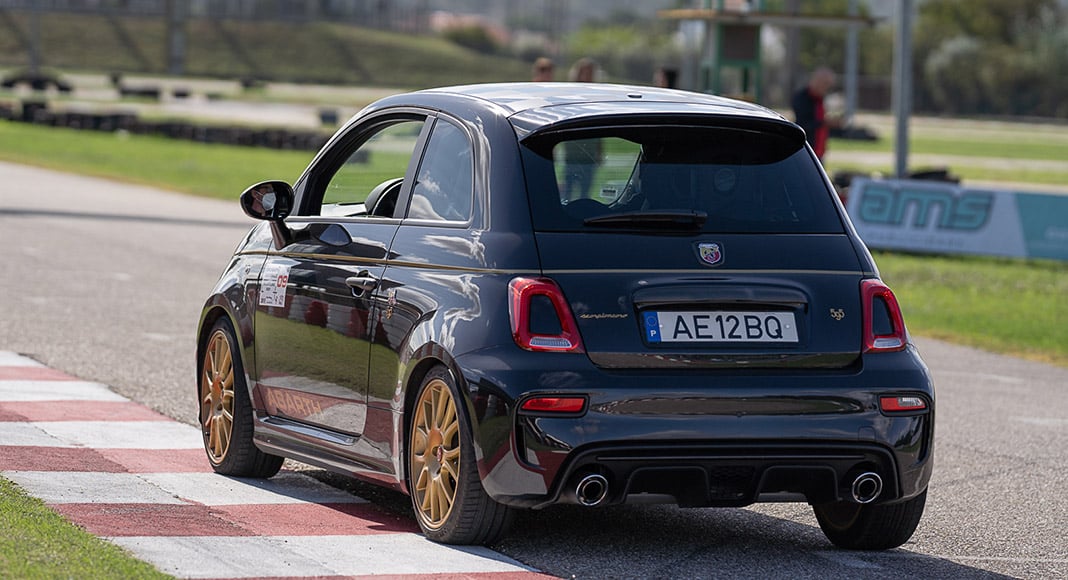 I joined 37 other Abarth models on a 350km tour through the centre of Portugal. Hope all that petrol burning is okay with you, dear reader.

It is hard to book a press car these days that does not come with an electric motor in it. It doesn’t really matter if we’re talking about a €200,000 electric Porsche or a simple Fiat Panda Hybrid, combustion-engined cars are out, electric vehicles are in.

However, the general picture is moving much faster than that. More than 50,000 German citizens have signed a bill that wants to ban cars from Berlin’s city centre. Not petrol and diesel cars, but cars altogether. They say EVs are also polluting agents. When they get to 170,000 signatures, the bill will be discussed in the German parliament.

Now, even if nothing comes of it yet, it is clear the way the world looks at cars is going to change faster in the next decade than it has ever changed since the first motor vehicle hit the road.

I guess, then, it is time for people who see cars as a passion to really hurry up and enjoy them as best they can and as soon as they can because who knows what’s coming?

With that in mind, I thought it to be a good idea to free my 500 Abarth from its daily duties, press the Sport button and bring out its wilder side for a whole weekend. The first Giro Abarth Portogallo, or Portugal Abarth Tour, took place on the weekend of October 2 and 3 and it was fun. Petrol-powered fun.

Organised by the Fiat Club of Portugal with the support of Fiat themselves, the Giro Abarth was an invitation-only event whose goal was to bring together as many different models of Abarth 500 and Punto as possible and show participants that it doesn’t matter what model they were driving, every Abarth is special.

Starting from Lisbon, the leading car, a yellow 695 Biposto Record (note the jealous tone), led the cars to the beautiful Alentejo and Ribatejo regions.
Organisers were careful enough to take the convoy through some empty roads, leaving room for the little scorpions to breathe freely and explore the punchy four-cylinder engines and rorty exhausts.

The tour comprised of a total of almost 350km, of which 5km were understandably more memorable than the rest. On Sunday morning, the 38 cars proceeded to the Abrantes karting circuit where each participant was given the chance to explore his or her car to the limit. Now, a karting circuit is usually too small for a driver to have any fun, but because the Abarths – especially the 500s – are so small, believe me, they are fun to throw around a narrow and short track.

Depending on driver skill and horsepower – after all, the least powerful car present had 135 horsepower and the most powerful 220 horsepower – going round the Abrantes circuit can be more or less stressful for the co-drivers.

My wife said she didn’t like me as much when our turn going round the track ended as she did when it began. I took that as a compliment.

From there, we followed our fellow Abarthisti to Quinta das Oliveiras where the Giro ended after a very big, very nice lunch.

Now, on the way home, cruising in our 160 horsepower 500 esseesse from 2010 – which, by the way, we bought new and have used virtually every week ever since – I got to thinking about this whole revolution we are witnessing right now and how so much will be lost.

This camaraderie born out of love for performance, engines, noise and racing is something that will probably be frowned upon in a short while. Will the so-called petrolheads be made to feel like a sort of legal outlaws who, despite the fact they can still drive high-performance machines, should morally decide not to do so?
I want to say no, but that is not an unlikely scenario. Look at the Germans. The home of Porsche, Mercedes, BMW; the country of Walter Rohrl, Michael Schumacher and Sebastian Vettel. Thousands of people are mobilising to simply ban the automobile as a personal means of transportation. To me, it’s scary, but maybe to some readers it’s just progress.

These are important questions we should all be asking ourselves as the world is built around personal transportation, not public. Can we live with such a sudden change? Do we have to?

Will synthetic fuels be the solution to most of the problems the car faces today as clearly electric mobility is not the definitive answer? Can synthetic fuels allow petrolheads to keep enjoying their passion without guilt? Will non-car-loving people accept that, and will politicians know what are the right decisions for each person as an individual and for us all as a society?

These and many other questions regarding the automobile are not going away and I, for one, don’t envy those who have to answer them. Meanwhile, what I know for sure is this: in 2021, a time when we can still drive a performance car that burns petrol, an Abarth is the easiest and cheapest way to have something special in the garage and make every journey an event. If you fancy one, time is of the essence. 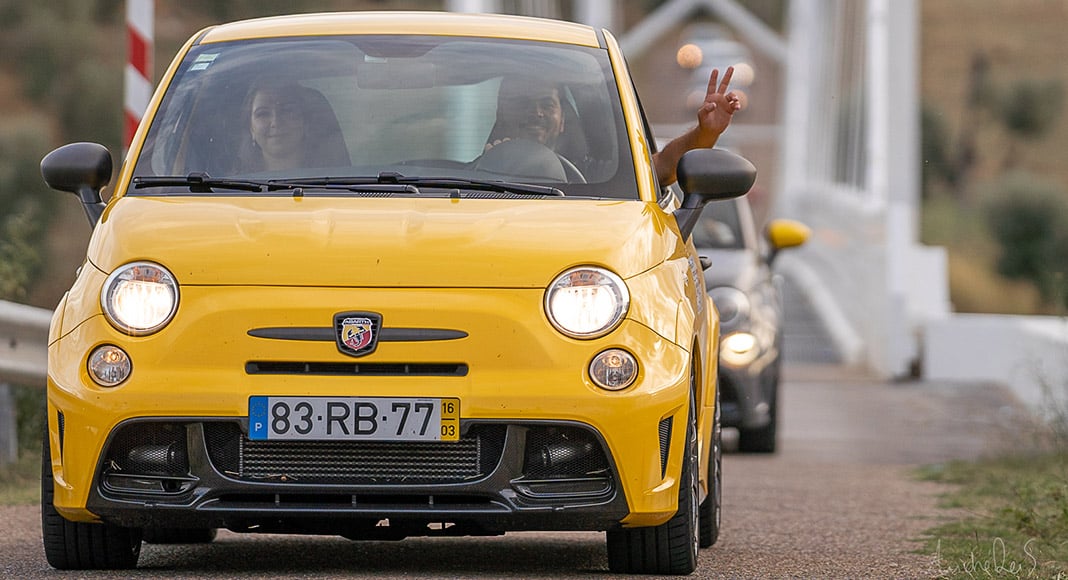 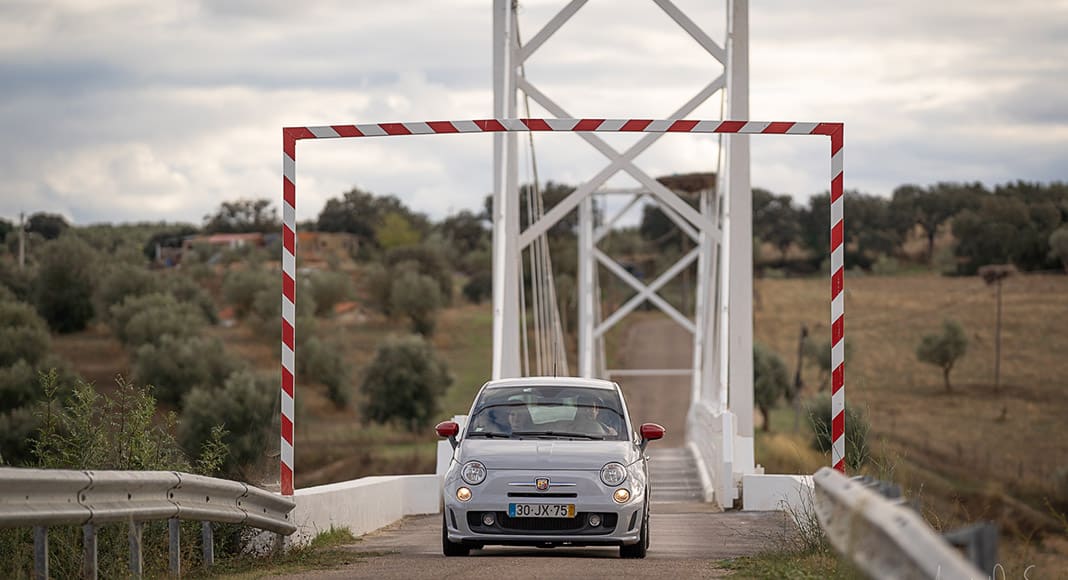