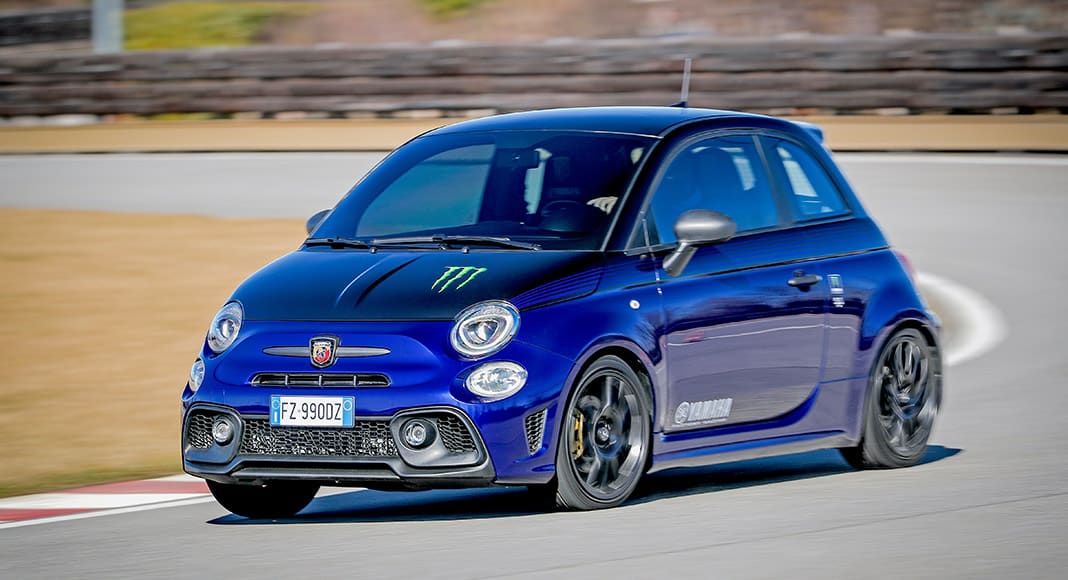 I said hello to 2021 at the wheel of a motorcycle-themed Abarth 595 with a retractable canvas roof. Hope the year stays just as interesting.

There must be better ways to start the year, but I was pretty happy with mine. I was driving an Abarth 595C Monster Energy Yamaha.

Well, let’s put this 500 into context, because, lest we forget, this is still a Fiat 500, a car launched in 2007 that has become a modern icon and still sells today as if it was recent news.

I am not an impartial observer here, mind you. We have four Fiat 500 in the family – two regular ones and two Abarth versions – so you could say I quite like this little car. But you would be more to the point if you said I love it.

I have been driving an Abarth 500 Esseesse for 10 years now. Bought it new from the Abarth showroom in Lisbon in October 2010 and it has been one of the family daily drivers since. At the time, the Esseesse was the most powerful version of the range with 160 horsepower and I never felt it lacking in stamina. Nor has it ever let me down. Put some petrol in, change the oil once a year and drive.

Still, to this day, I have not driven a small car I’d take over my Abarth to drive around town every day. I have driven more practical, more efficient, cheaper-to-run cars, but one that I have preferred? Nope. I still love my 500.

This means every time I drive a more recent model, I am always curious to see if something has changed dramatically, because in its core this is still the same car. Fiat have been churning out different editions – some more exclusive than others – of the Abarth 500 for a decade now and whereas some have gone basically unnoticed, the same cannot be said of this new Monster Energy Yamaha.

First of all, why put a motorcycle constructor’s name on your Fiat? Well, in one word: Rossi. In two words: Valentino Rossi. Although the Italian legend has not won a championship in 11 years – and most likely will never do again – he is still the most adored rider of all time and the marketing departments at Abarth and Yamaha thought they could do something with it.

Abarth as a brand has always been about freedom, about a kind of controlled rebellion that gives it a unique ethos. Curiously, it brings it closer to the same ethos displayed by motorcycle racing. Besides, how many road cars come with their own sponsor on the side?

Colours are Scorpione Black and Podio Blue, the same as on Rossi’s bike, and the sound comes courtesy of a Record Monza exhaust for the full racing effect. It’s loud, I tell you. This is certainly not the Abarth for those who want to remain anonymous.

So far so good, but let’s get down to business. What about the driving? Well, if, like me, you are used to driving an Abarth 500 on a regular basis, this one is not radically different. With only 5 horsepower more than my Esseesse, it does feel a bit livelier, especially in Normal mode. The engine seems to have less inertia and is willing to gain speed with more ease.

The chassis is also more compliant than in my car, dealing with bumps with confidence and not letting so much shimmying and shaking into the cabin. This has got to be a result of a more careful tuning, because suspension-wise both setups are the same, as are the dampers – Koni FSD on the two models.

The main difference, however, is the steering. I always felt the steering weight between Normal and Sport in my Abarth was poorly judged and the engineers have finally got it right this time around. There’s more feel in both settings and the weight is just more natural more of the time.

The rest remains basically the same. This little car is still as zingy as ever, putting a smile on the driver’s face every time you give the throttle a nice push. Its diminutive dimensions and light weight make it a hoot to throw around corners and the manual gearbox and punchy turbo engine have a kind of old-school experience that we are beginning to understand will be gone from the market in a very short period.

I should mention the press car was a Cabrio, a cool option if you can live with a compromised boot in exchange for the al fresco experience. I tried to put the top down, but it was just too cold these past few days. It does seem like an appealing optional though. The 595C Monster Energy Yamaha starts at €29,984 but add a few goodies like auto A/C (€2,800), bi-xenon headlights (€850) or an audio Beats system (€600) and €35,000 won’t be far away.

If that seems like a lot, I suggest you try a base model Abarth 595. It has 20 horsepower less, but the driving experience is 90% the same. And it costs from just €22,000. Even Valentino Rossi would think that was a pretty sweet deal. 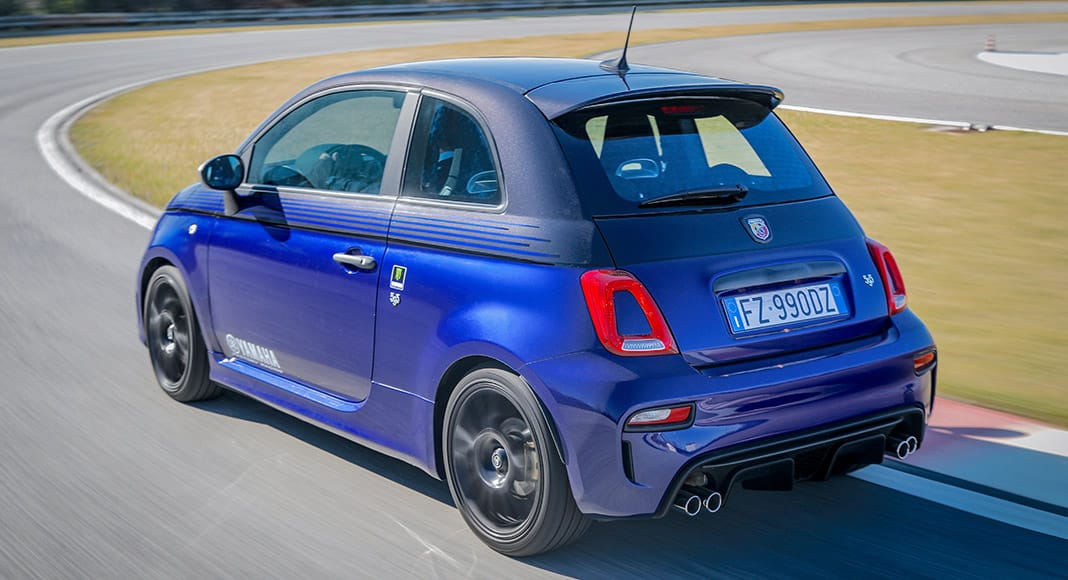 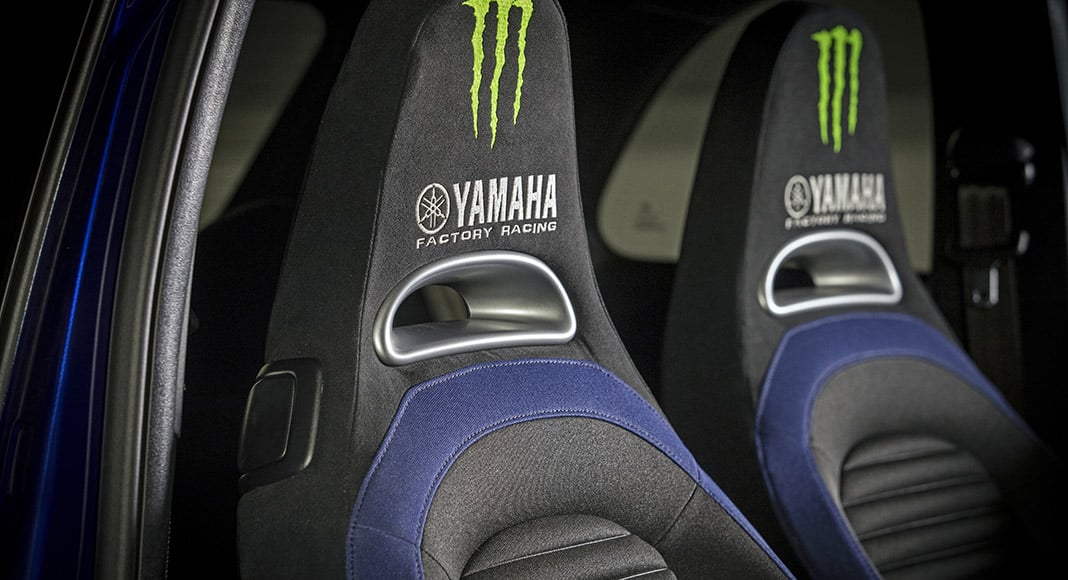