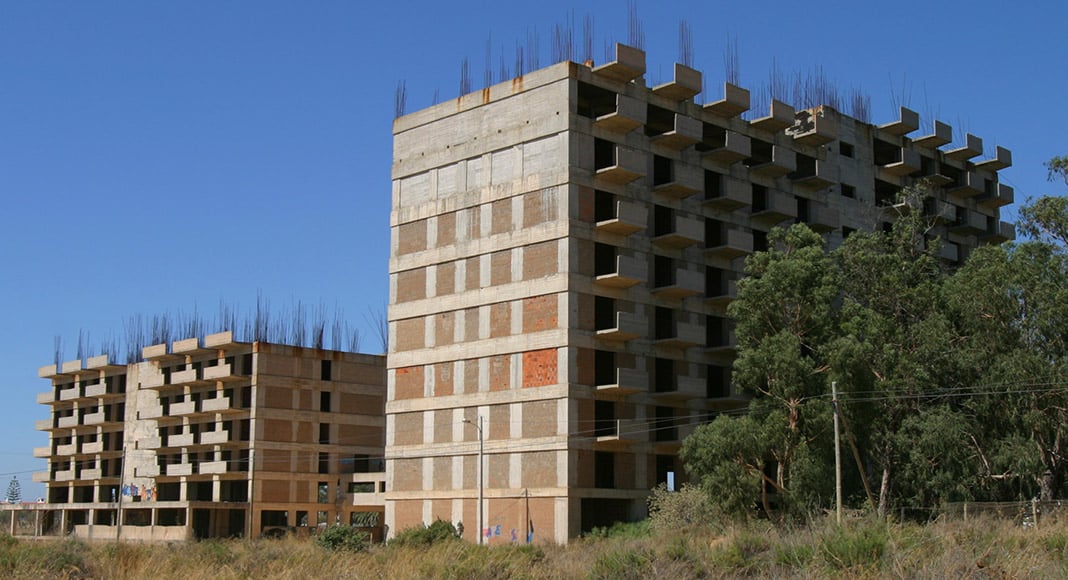 Two unfinished and abandoned 10-storey apartment towers in the Ponta da Piedade area of Lagos are to be redeveloped by the Sonae group, following a collaboration agreement with the local Câmara.

Construction of the Torres da Crotália began 38 years ago but was never finished.

Investors believe the project could provide the municipality with vital tourism accommodation.

According to Lagos Câmara, the investment by a “large financial group of national and international reference” will provide the necessary urban solutions for the Torres da Crotália and represent “hundreds of millions of euros”, said Mayor Júlio Barroso.

The protocol signed between Sonae Group and Lagos Câmara included the schedule of building works and other urban parameters.

Lagos Câmara has committed to providing the required licensing for the conclusion of the apartment towers “in the shortest time possible”, while TroiaResort, part of the Sonae Group, will be responsible for handing in construction plans for licensing within the next six months.

Construction is then expected to be concluded within five years from the issuing of the construction licence, which is likely in the second half of 2013.

Plans for the towers are expected to include around 200 apartments, panoramic restaurants on the top floors, swimming pools and leisure facilities.