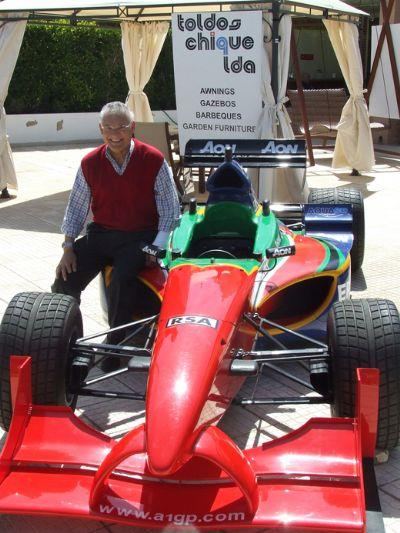 Shoppers at the Apolónia store in Almancil were in for a surprise on Thursday April 9 when the A1GP South Africa race car parked up outside the entrance.

As part of the promotion for the A1GP held at the Algarve Motor Park, the car was brought to the supermarket to give shoppers a chance to get up close to the spectacular machine and pose for a photograph with the car.

Gerard McGuirk and his team of promoters were also offering passers-by the opportunity to win a trip around the track in a Ferrari at the next event to be held at the Motor Park on May 3.