Portugal Resident
Home Business Economy & Finance A warning from Down Under on the perils of chasing the dragon’s... 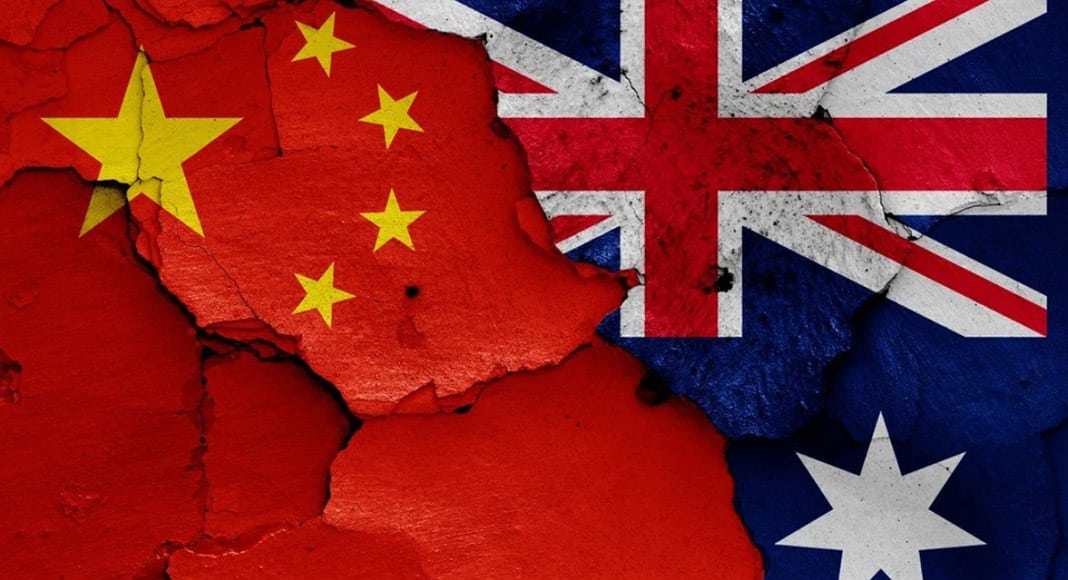 Australia’s once-close ties with China have fractured and its citizens are being told to prepare for war as China becomes increasingly aggressive.

Portugal is one of Europe’s largest per capita recipients of Chinese investment, and the government is keen to attract more money from the Asian giant, already the world’s second-largest economy.

The sentiment is reciprocated by Beijing. China is eager to build a huge US$770 million container port in Sines, near Lisbon, under the country’s Belt and Road initiative – a strategy designed to project Chinese economic and political influence abroad.

But developing closer ties with China does not come without significant dangers, as Australia can testify. Australians welcomed Chinese investment in the 2000s but are now “desperately trying to disentangle themselves from the boa-constrictor that is the Chinese Communist Party when it moves into any foreign market”, as the Daily Telegraph of London recently commented.

A mutually beneficial relationship
Close economic ties between the two countries make a lot of sense and, for many years, relations flourished. Australia is a huge exporter of raw materials such as iron ore, gas and coal, for which China appears to have an unquenchable appetite. By 2019, China had become Australia’s largest export market, buying AUD103 billion (US$81 billion) worth of goods, dwarfing Japan, the next largest market, which bought AUD39.5 billion (US$31 billion).

China also became Australia’s most valuable tourism market, a major source of foreign direct investment and its largest agricultural goods market.
Australians welcomed President Xi Jinping warmly on his visits, with parliamentarians from all political parties desperate to be photographed with the Chinese leader.

Falling out of love
Australia’s delusions about the true nature of the communist giant to the north reached their apogee in 2014, when then Prime Minister Tony Abbott misinterpreted a brief aside about democracy in Xi Jinping’s speech to the Australian parliament as a commitment that China would be fully democratic by 2050.

The scales have long since fallen from Australian eyes, a process accelerated by China’s treatment of pro-democracy protesters in Hong Kong in 2019. The events underlined Beijing’s intolerance of threats to one-party rule – even when that involves trampling over international agreements, such as the one it signed with London back in 1997, when Hong Kong was handed back to China.

But the breach was only truly established in 2020, after Australia led calls for a probe into the origins of the COVID-19 pandemic.

Mr Morrison said the cyber attacks were widespread, had happened over many months, were increasing, and covered “all levels of government” as well as essential services and businesses. He declined to identify a specific state actor, but few Australians have any doubts that China is the culprit. The cyber war has continued this year, with live television broadcasts disrupted and Western Australia’s parliamentary email network hacked in the middle of the state election campaign.

A Chinese official said: “China is angry. If you make China the enemy, China will be the enemy.”

In May this year, Beijing warned Australia to “avoid getting burned” after accusing politicians of being “anti-China” and colluding with “terrorists”, a reference to criticism in Australia of China’s behaviour in Xinjian Province, where it stands accused of conducting a genocide against the Muslim Uighur people.

Meanwhile, the editor of a Chinese newspaper considered to be a mouthpiece of the Communist Party has called on Beijing to consider “long range strikes” at Australia if the country supports the US in a conflict over Taiwan.

Holding a dagger to our throat
Last December, moreover, China announced plans to develop a fishing port on Daru Island in Papua New Guinea (PNG). The island lies at the northern end of the Torres Straits, the 200-kilometre stretch of water that separates PNG from Australia and through which most of its trade, including 80% of its oil, is shipped.

Yet there is no commercial logic to the scheme and analysts have warned that the port could be swiftly converted into a naval base and then, according to one Australian commentator, China “will be able to hold a dagger to our throat”.

These developments, along with China’s aggressive behaviour in the South China Sea (where it has claimed and militarised disputed islands), its unwavering stance on recapturing Taiwan, and the country’s rapid military build-up, are fuelling fears in Australia.

The drumbeat of war
Defence Minister Peter Dutton has said a conflict involving China over Taiwan “cannot be discounted”, while a senior Australian security official recently warned that Indo-Pacific nations “again hear the beating drums” of war amid rising tensions over Taiwan.

One of Australia’s top generals told troops last year there was a “high likelihood” of war with China, according to a recently-leaked confidential briefing.

Major-General Adam Findlay said that China was already engaged in “grey zone” warfare and that Australia must prepare for the “high likelihood” it could spill over into actual conflict.

Australia has now updated its defence strategic outlook, boosting military spending by US$270 billion over the next decade. The review warned that the Australian military must now be prepared “to meet short-notice crises that carry risks of major interstate war”. That can only be a reference to a possible conflict with China.

In April of this year, Australia scrapped two Belt and Road initiatives signed between the state of Victoria and China. The Chinese embassy in Australia branded the move “provocative”.

Portugal should consider carefully whether the economic gains of Chinese investment are worth the risk to its political sovereignty. Australia clearly no longer thinks so.