Portugal Resident
Home Society Opinion A walk back to Carvoeiro 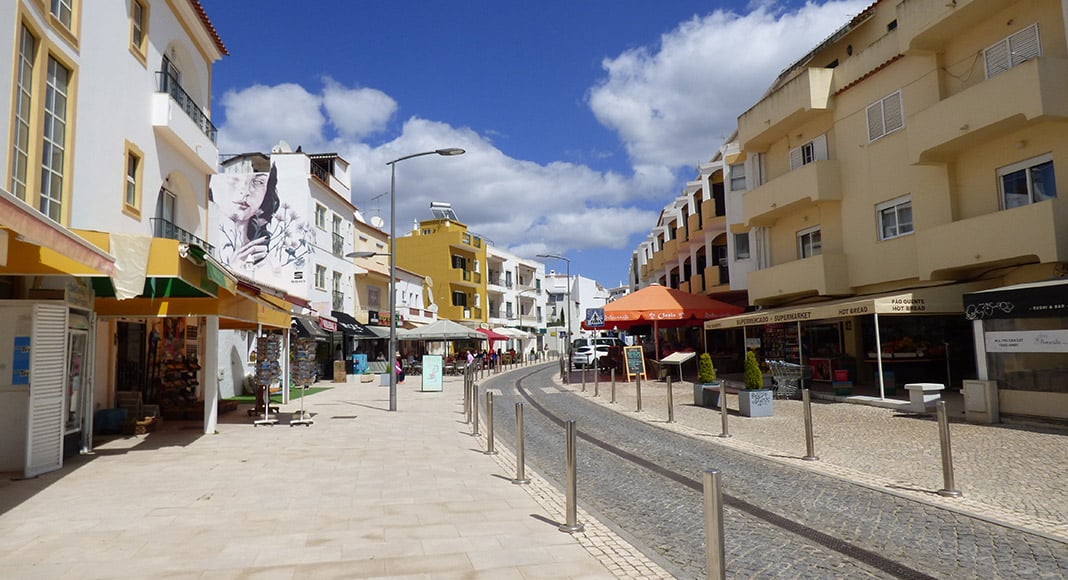 I first visited Carvoeiro in 1985 when my family bought a small house on the hill overlooking the town. Despite having been brought up in Portugal, I had never before visited the Algarve.

The view from our terrace over the hills towards the sea was beautiful but, sadly, it has diminished over the last 36 years as resorts have been built across our green view. However, we can still see the sea.

Until 1999, when we finally moved here, summer holidays were spent relaxing on Carvoeiro beach and eating the wonderful Portuguese cuisine. The chicken piri-piri, soups, chouriço and the grilled sardines … how I missed them when I was back in the UK. I have always cooked Portuguese dishes, but they never tasted quite right. 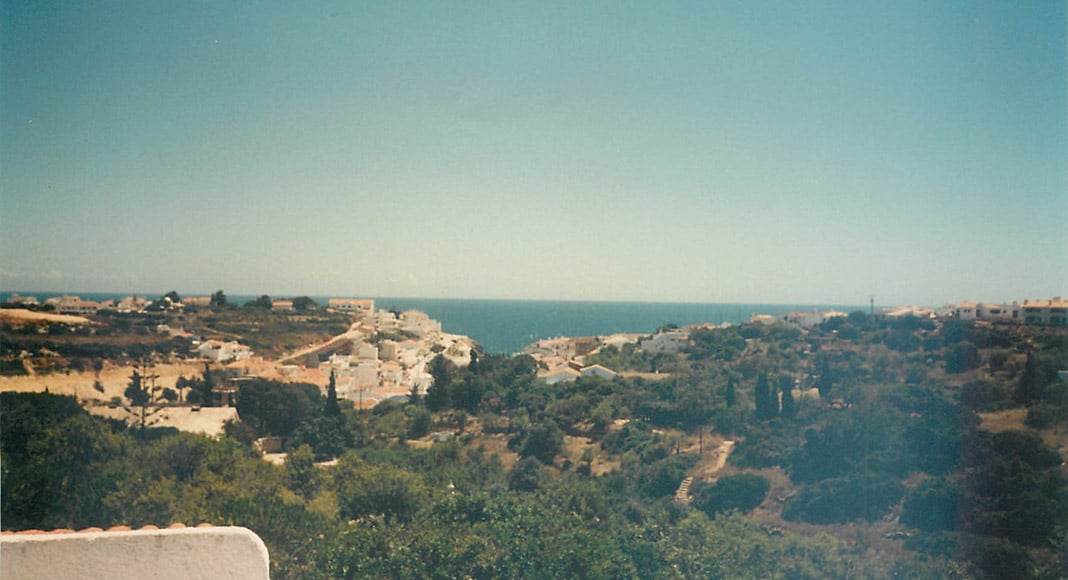 I now live 10 minutes away, so on a rare day off work, I decided to take a walk through Carvoeiro to look for some of the places from my 1980’s memories.

Carvoeiro has one main road, Rua dos Pescadores (Fishermen’s Street), that takes you into the town, around the beach square, and one road back out, Rua do Barranco. A couple of roads lead off (westwards) up the hills to Monte Carvoeiro and (eastwards) up what we aptly nickname ‘restaurant hill’ (Estrada do Farol). 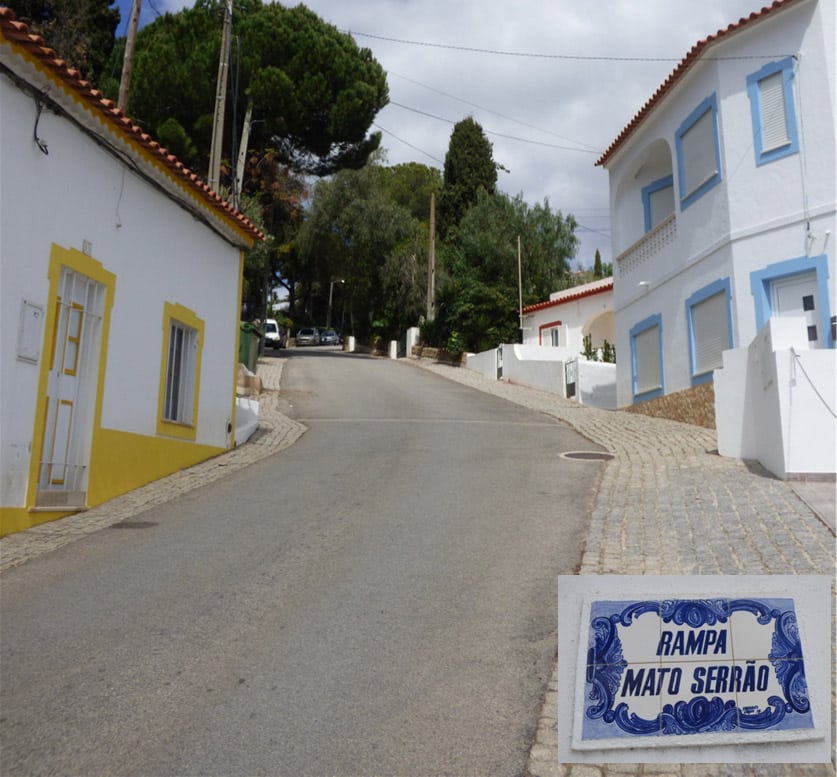 My first stop was at the bottom of what we call the ‘donkey track’, now officially Rua do Mato Serrão, one of the steepest roads I have ever walked. We used to challenge each other after a night out to walk back up as quickly as possible without passing out from the effort! I smiled to myself as I saw a couple begin the challenging ascent.

In 1985, the town was relatively quiet. There were very few shops, and we did our daily shopping in the long gone Mercearia da Tia Joana, one of two little grocers established in the front rooms of the small one-storey houses.

Lunch was locally-produced fruit and freshly-sliced ham and cheese to go in the warm bread rolls (‘carcaças’ or ‘papo-secos’) we bought each morning from a little old lady in the ‘padaria’, a dark cold room of what is now The Grand Guest House. Over the years, we watched, sadly, as restaurants, bars and souvenir shops sprung up in almost every house conversion.

The original marketplace is still there, but instead of fresh fruit and vegetables, like in so many other places, souvenirs are now sold. 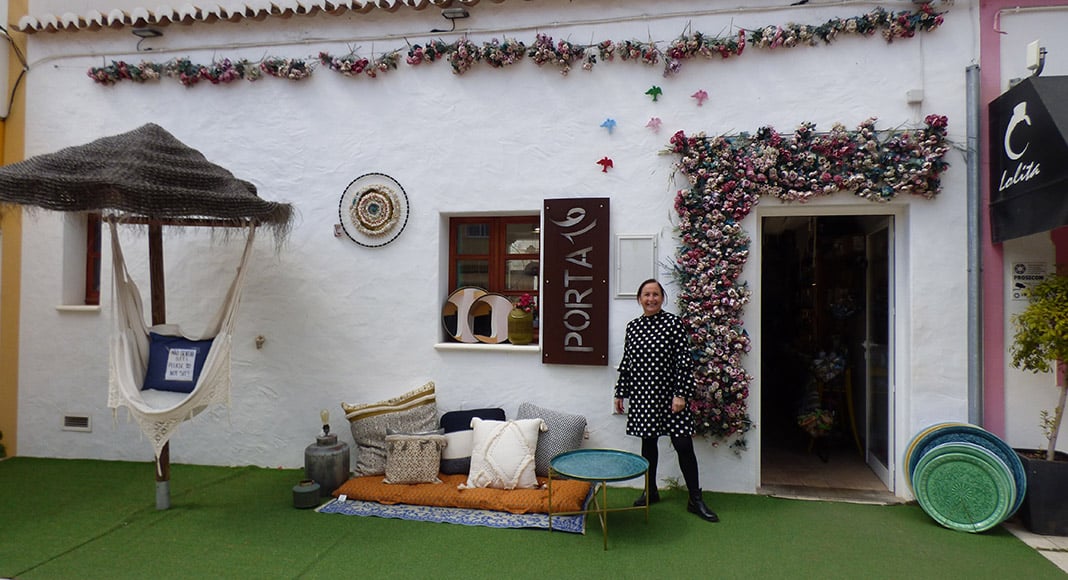 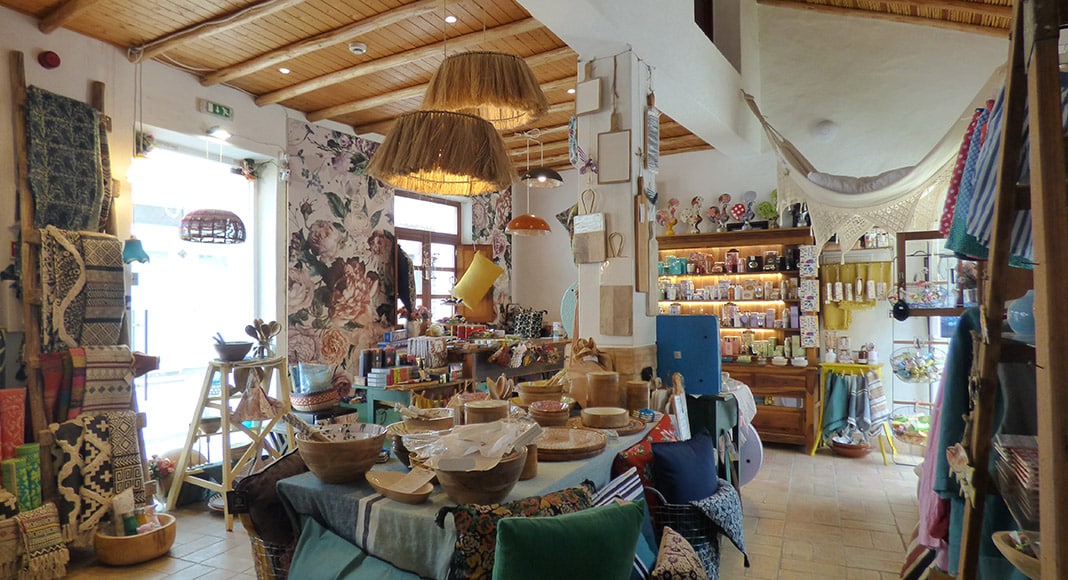 My next stop was at Casa Tilinha, one of the first shops in the village, established in 1940 as a tavern and fabric shop, an odd combination. I chatted to the owner, Mrs Domitília Lopes (aka Tilinha), who began helping her parents in the shop when she was just 15. Fifty-six years later, Mrs Lopes is still there selling haberdashery, crafts and clothes. The tavern side closed when she was young and she has certainly seen a lot of changes in her hometown.

I like Carvoeiro as each visit makes me feel like I am on holiday again, but it saddens me to see how tourism has taken over this peaceful fishing village.

Equally, what were the council thinking of when they installed the horrendous metal posts all along the pavements?

The beach square has been expanded and taken over by restaurants whereas I remember the one restaurant built high up on the sand where we would enjoy our grilled sardines as we watched the sun set over the cliffs. Carvoeiro beach is still one of the best places to see a sunset. The beach appears much bigger nowadays, maybe due to the rockfalls, but I only go there in the winter because, in the summer, it is almost impossible to find a place to sit.

The Bote disco, where we would occasionally go to dance the night away, is still there although now it is … a bar-restaurant.

Also still going strong since 1988 is Palácio dos Cones ice cream and pancake parlour, where we would buy huge crunchy biscuit cones filled with delicious ice cream to fuel us with energy to make it back up the ‘donkey track’! 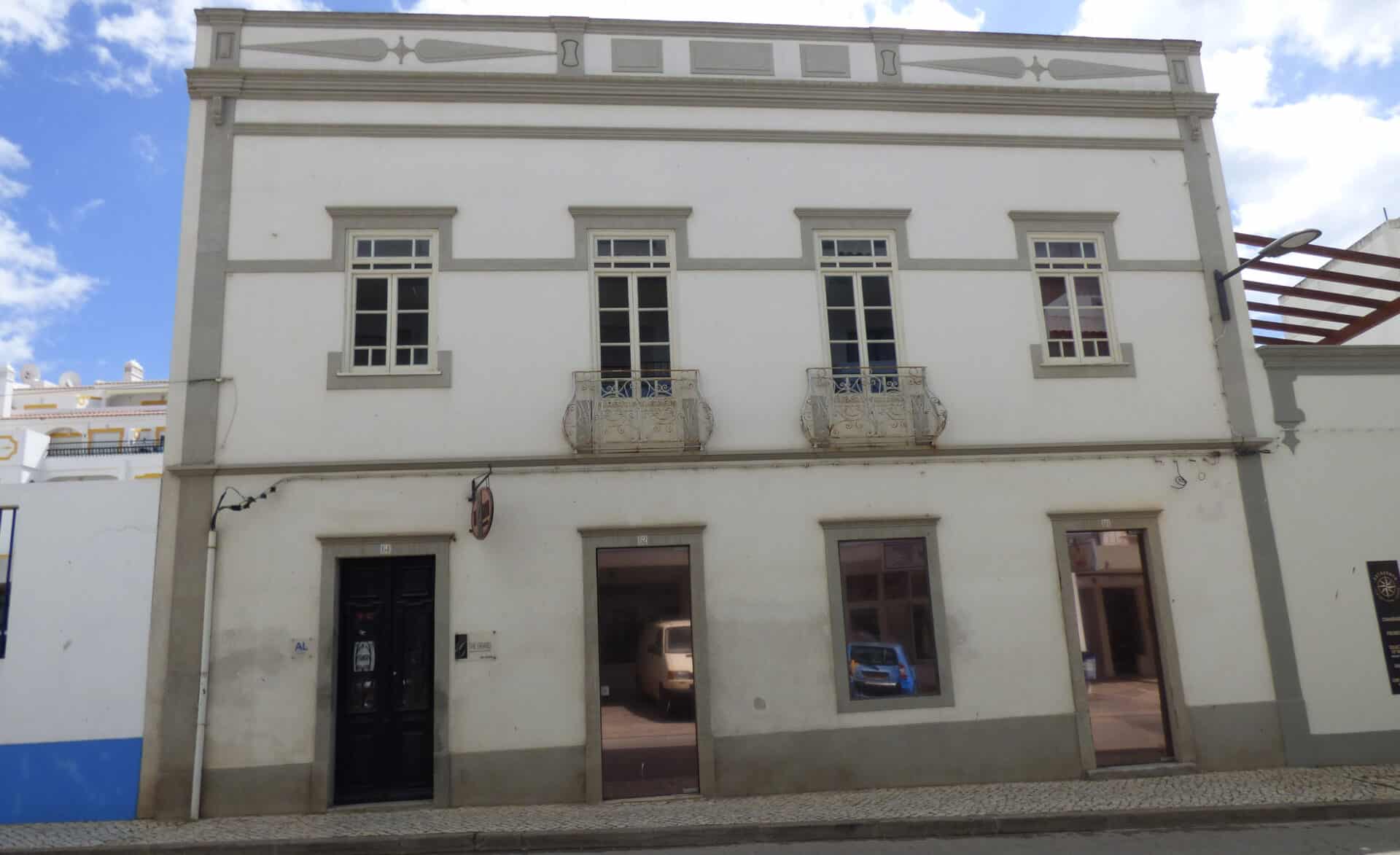 Continuing on the ‘out road’, which is almost unrecognisable as the little houses have been replaced by modern buildings, I suddenly stopped, thrilled, by the Porta 16 shop. Here remains a small original fisherman’s cottage and I was drawn inside by the wonderful trellis of flowers gracing the doorway. I had stepped into an Aladdin’s cave of Portuguese home décor, handmade handicrafts and gifts.

With the traditional Algarve ceiling made of bamboo canes and wood, just like my own house, and terracotta floor tiles, the inside has retained the look of the traditional home it once was. I started talking to the young assistant who introduced me to the shop’s owner Florence Marion whose story deserves an article by itself. 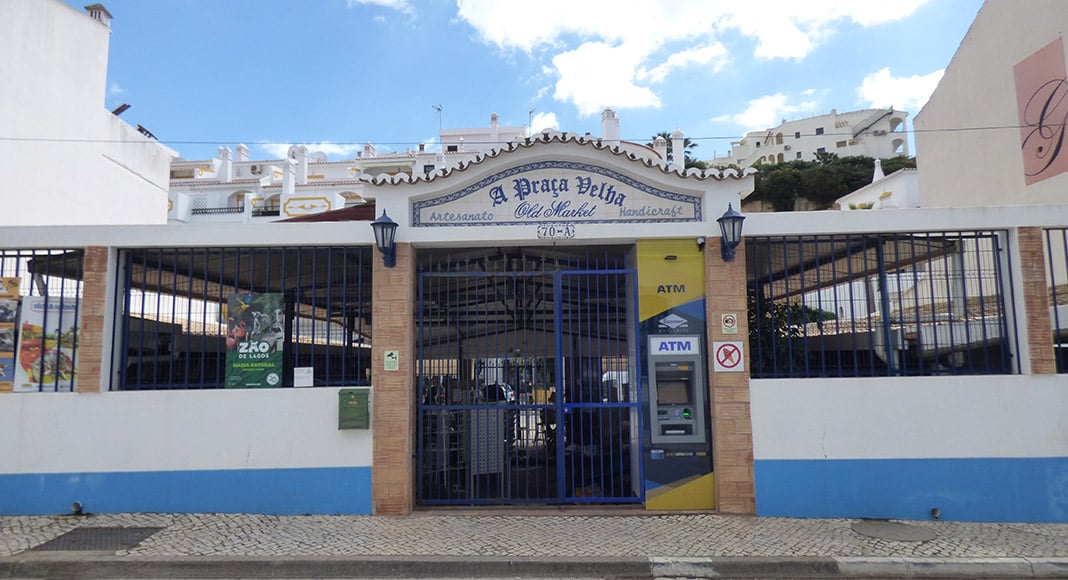 Florence is French and fell in love with Carvoeiro during her first visit in 1984. It was not long after that she moved to Portugal and eventually opened her first Carvoeiro shop, called Lolita, selling jewellery accessories and which is situated next-door to Porta 16. Florence’s love of the traditional is evident as the jewellery is displayed in beautiful original wooden grocer’s cupboards where beans, rice and flour were once sold by the kilo.

Just down the road, L’Atelier was her second shop, which specialises in women’s fashions, and finally came Porta 16, both of which are now run by her daughter Charline Rosenzweig. 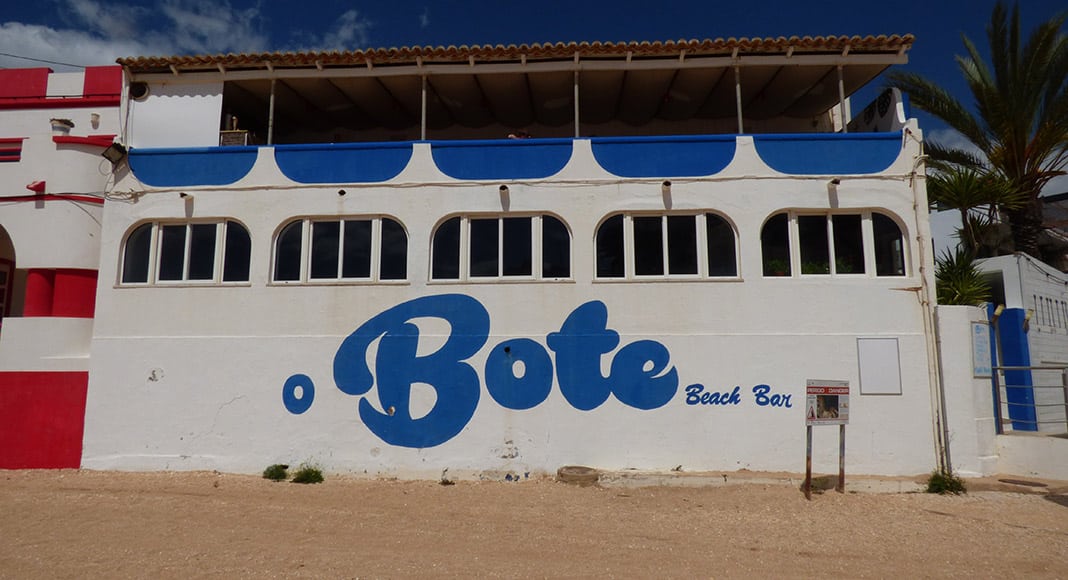 I enjoy meeting and chatting to people and, with a new spring in my step, I carried on walking out the village, stopping to buy a piece of cake at the Le Doce café, opened in 2000 by Maria Helena Nunes and which has become our family favourite for her amazing homemade cakes.

Just before the road ends, you will find the Donkey Sanctuary charity shop, another of my favourite places, and 20 minutes later, I left armed with books, DVDs and a 2000-piece jigsaw puzzle to keep me entertained when I am not working or writing! 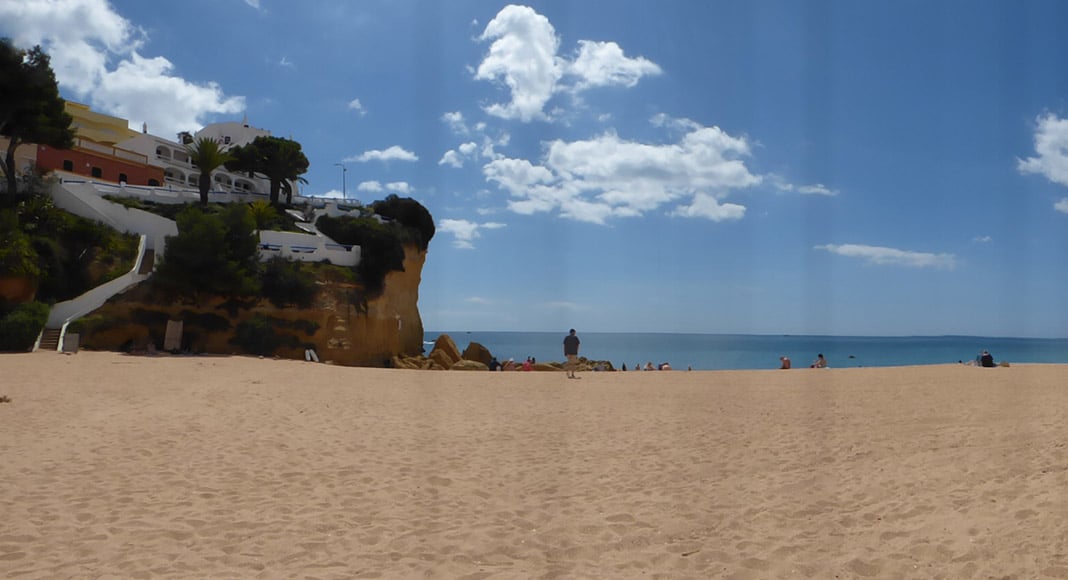 Yes, Carvoeiro has changed. The town is still there, although much of its original charm has been altered, but I acknowledge that progress is necessary. The brightly painted traditional fishing boats have swapped fish for tourists wanting to experience a little of what we have access to everyday, but we can still enjoy our grilled sardines and see the sun set. I feel so privileged to live here and be part of the local community.