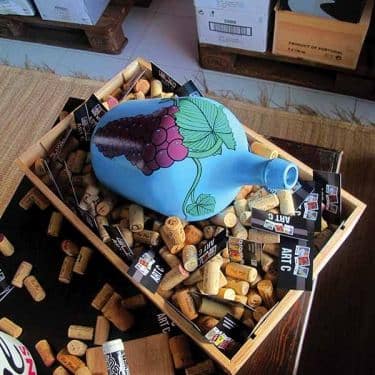 British Consul to the Algarve Clive Jewell will be sharing with our readers interesting aspects of his job as well as important information for those living, working or holidaying in the region.

Before my appointment as British Consul 26 months ago, I was unfamiliar with the structure of the Foreign and Commonwealth Office in Portugal, or within the wider Iberian area. As I did my pre-interview research on a scale and intensity that took me back to my schooldays, I became aware of the dual links with the British Embassy in Lisbon and the Consular Regional Director’s office in Madrid.

From a line management angle, Portimão is part of the FCO’s Southern European Network, the consular region comprising Portugal, Spain, Italy and Malta, who all feed into our Network Team and Consular Regional Director based in the British Embassy in Madrid. Other neighbouring consular regions include Northern and Western Europe, South Eastern Europe and Central and Eastern Europe.

In working together in these groups of neighbouring countries, particularly within the EU, our intention is to ensure consistency in the services we provide to British people needing our assistance wherever they may be. It also means we can share best practice and experiences with other colleagues so we can be as well prepared as possible for any eventuality.

The concept of the EU suggests that any EU citizen living in another EU state should have equal access to services as provided for citizens of that country. We liaise with state agencies to help facilitate this integration, but that also calls for willingness on the part of our fellow British residents, to enthusiastically integrate into Portuguese life and become competent in dealing with certain local procedures. After all, we all took the decision to live here of our own free will!

Naturally some rules are different to those we might be used to. The same goes for European citizens going in the opposite direction to live in the UK.  And there are anomalies. Europe wouldn’t be Europe without anomalies! So we use our local knowledge and extensive contacts to help our customers find the route to solutions where more localised circumstances might be at play. Between Angie, Michelle and me, as the three estrangeiros in our consulate, plus Ana Sofia, who is Portuguese, we amass over 90 years living here, so we like to think we know a thing or two, though you never stop learning!

A British Embassy is known as the sovereign post in the country it is located, and a British Consulate operating away from the Embassy is a subordinate post. So, whilst we report on consular matters to our hub in Madrid, we also report under formal diplomatic arrangements to the Embassy.

Recently we hosted a visit to the Algarve by Her Majesty’s Ambassador to Portugal, Jill Gallard, who is the Head of Mission. This was Jill’s third official visit to the region in the 13 months since she took up her post in August 2011. Jill’s first visit in October 2011 included meetings with the GNR in Albufeira, AHETA (the Algarve association of hoteliers and tourism businesses), Michael Reeve and his team at AFPOP, Des Briggs and his Royal British Legion volunteers, members of the British-Portuguese Chamber of Commerce, friends in the English language media and various British residents active in voluntary work.

When Jill returned this year in June during Her Majesty’s Diamond Jubilee celebrations here, she was guest of honour at a gala dinner at the Le Meridien Penina Hotel, and spent time at the International Algarve Fair, meaning that this visit was mostly within the British community.

During her most recent visit, in early September, Jill caught up with the team and our Honorary Consul in Faro, Dr Miguel Sengo da Costa, spent time with more friends in the English language media, and met David Thomas from Safe Communities Algarve. Accompanied by the Consul and Vice-Consul, the Ambassador visited GNR headquarters in Faro where she held a very informative meeting with Tenente- Coronel Carlos Silva Gomes and fellow officers.

There followed a highly uplifting visit to the wonderful Refúgio Aboim Ascensão in Faro. Run by Dr Luís Villas-Boas, this internationally recognised charity organisation has worked for over 25 years to better the lives of abused, abandoned and neglected children under the age of 6. There have been occasions when British children have been cared for in the Refúgio, though not currently.  Jill met many of the children there and the staff that care for them.

We also visited the Banco Alimentar in Faro to learn about the marvellous work they do, as unpaid volunteers, in receiving and distributing food supplies amongst the people in this region suffering most during these very difficult economic times. So the balance on this occasion was perhaps a little more towards the Portuguese side of the coin.

It is a very fulfilling part of my job to put together the programmes for our Ambassador’s visits, my aim being to work with our partners and stakeholders to make sure we achieve a good balance of meetings and get-togethers amongst our resident British community and businesses, as well as our hosts within the Portuguese community.

As representatives of a significant foreign population here in Portugal, our goals will continue to revolve around being visible, accessible and pro-active on behalf of our fellow British residents and visitors from the UK as well as to the many key organisations of Portugal, our host country.

For more information about the British Consulate, please contact: www.ukinportugal.fco.gov.uk or see the British Embassy Lisbon, on Facebook.