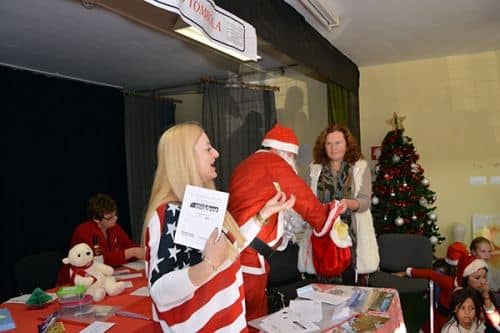 More than 26,500 hectares of forest and dozens of homes in the Serra do Caldeirão in the east Algarve have been destroyed after a fire, which started on July 18 in Catraia, Tavira, tore through vast areas of rural land. Raging for four days and causing the mobilisation of more than 1,000 firefighters from across Portugal, this fire caused heartbreak and devastation.

Several villages and hamlets in the municipalities of Tavira (such as Cachopo, Alcaria Fria, Feiteira) and São Brás de Alportel (such as Javali, Parises, Cova da Muda, Alcarias) were ravaged by fierce flames coming from several fronts as firefighters, supported by more than 200 vehicles, tried to save what they could.

Dozens of residents, many elderly without means of transportation, had to be evacuated from their homes only to find upon their return that they had either lost everything they owned, including their home, or their cork oak-dominated land, their main source of income, a vision of destruction.

A 74-year-old resident of Parises in São Brás de Alporte said: “I was so scared I would die in my home as I had never seen flames like that, approaching so fast. I lost all my land.”

Another resident, 76, from Cabeço do Velho in the same council, said: “My farm and cork production, worth thousands of euros, have been lost to the fire. The best cork oak groves in Portugal are all burnt.”

85% of Algarve forest destroyed by fires

The many fire fronts that raced through the east Algarve from July 18 to July 22 destroyed a total of 26,442 hectares, according to data from the European Forest Fire Information System (EFFIS) of the European Commission.

Algarve environmental association Almargem also confirmed that this latest fire contributed to the percentage of forest destroyed by fire in the Algarve since 2003 increasing to 85%.

In a statement sent to the press, the association said: “In 2003 and 2004 (when the region was severely affected by fires), many promises were made that new forest policies would be implemented.

“The result of these new policies is clear for all to see: thousands of hectares of cork oak in the heart of Serra do Caldeirão, a source of income for many families and the reason why the area is part of the Rede Natura 2000, have been destroyed.”

According to data from the EFFIS, in the first two days of the fire, 19,720 hectares of land had been destroyed in the Cachopo area of Tavira alone. Mayor Jorge Botelho has confirmed that more than one-third of the council has been destroyed by the unrelenting fire.

Almargem praised the efforts of the Bombeiros and civil protection teams and reminded the populations that the fires that hit Serra do Caldeirão may have resulted partly due to human carelessness and partly due to the “incompetence of those in power who fail to enforce adequate fire fighting strategies”.

Almargem also said emergency firefighting teams seriously lack the resources to combat large-scale fires such as the one that occurred in the east Algarve.

“How else can we explain the way the fire spread so quickly to areas that are dozens of kilometres away from where it started – across valleys, roads and properties – without being stopped?” asked Almargem.

Besides implementing new forest policies based around biodiversity, Almargem said it was important to continue promoting fire prevention and primary intervention practices among “adequately trained and equipped forest guards”.

“São Brás de Alportel has twice been the victim of uncontrolled blazes – once from Loulé in 2004 and now from Tavira – with devastating consequences for its natural heritage and main source of income – cork. Those in authority need to pay special attention to this badly affected municipality,” said the association.

Criticising the way firefighting operations had been led, São Brás de Alportel Mayor António Eusébio said there were failures that caused a delayed response from the Bombeiros in some areas.

Commandant Abel Gomes from the Algarve Civil Protection Authority said the teams did the best they could but “there is always room for improvement”.

Jaime Marta Soares, the President of the Executive Council of the Portuguese Bombeiros League, has requested an inquiry be opened into the alleged “lack of operational coordination” in the fight against the powerful fires in Tavira and São Brás de Alportel.

Major-General Arnaldo Cruz from the National Authority of the Civil Protection (ANPC) said he would be “available” to collaborate in the inquiry. “The fire that started on July 18 in the area of Catraia, Tavira, and which spread to São Brás de Alportel council, was closely followed by the ANPC from the start,” he said. “The credibility of the work performed by the ANPC and the trustworthiness of its teams will not be damaged.”

The Polícia Judiciária are investigating the cause of the fire, which, it is suspected, may have started due to sparks from a grinding wheel during works to install wind turbines in Catraia.
1″>news