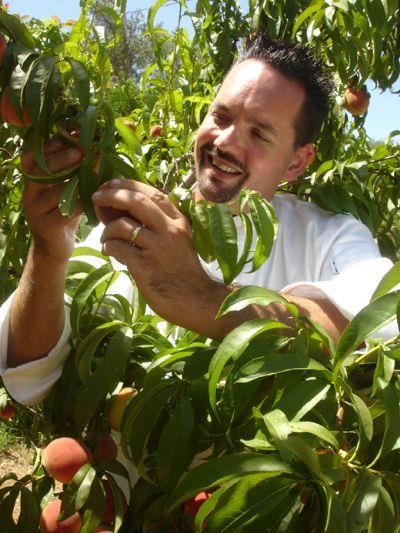 Along with his Portuguese wife Inês, Jonnie has established Bistro des Z’Artes with a combination of fresh local ingredients, innovative dishes, and the assured touch of a man who learned his craft working for some of the world’s leading hotel groups such as Marriott and Hilton and luxury cruise lines.

Jonnie is a particular advocate of seasonal produce, and this summer sees him launching a series of ‘tasters’ to encourage clients to try something different.

Equally passionate about Portuguese food – he has lived here for several years and speaks the language fluently – Jonnie is also pioneering ‘Portuguese 4 Dummies,’ a series of menus designed to introduce customers to the best that the country’s cuisine can offer, including bacalhau, xarem and porco preto.

These cost 35 euros for seven courses, including a pairing menu of Portuguese wines.

Jonnie is also closely involved with the Summer Ball 4 Rod taking place at A Colina on September 5 and will be closing Bistro des Z’Artes and decamping his team to help the A Colina team deliver food for 200 people.