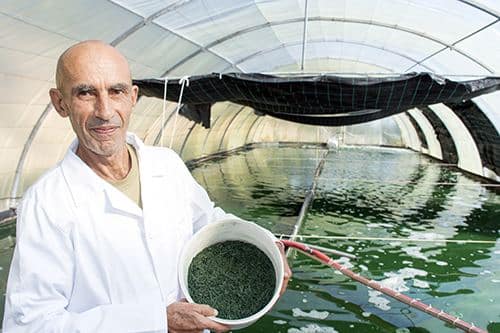 The Algarve Resident is proud to be the English language media partner for Honk! The Musical

Auditions to find fresh new talent for the upcoming performance of Honk! The Musical by the Algarveans Experimental Theatre Group unearthed a star in the making in João Prata, who will be taking the lead in the show.

João has never sung or acted before in public and didn’t expect to be awarded the role when he first auditioned in June last year, especially as English is his second language.

“I learnt English from watching the Harry Potter films over and over again. It’s daunting but amazing at the same time,” said João Prata who will be leading the cast in the role of Ugly.

Nikki Weijdom, the assistant director of the show, said: “We had lots of new people come along to the auditions, as well as our current members and we got them to doing lots of different exercises all together, in groups and on their own. It was a great process and it has unearthed some great new talent.”

“João really impressed us and continues to do so. He has a beautiful singing voice, which makes him perfect for this part,” said Chris Winstanley, the director. “He is working really hard and puts in additional rehearsal time outside the normal schedule.”

Honk! The Musical will be taking to the stage for the first time in the Algarve at Lagoa Auditorium on April 21, with evening shows on April 21, 22 and 23 and a matinee performance from 3pm on April 23.

Although the show is based on the Hans Christian Anderson fairytale of the Ugly Duckling, organisers stress that this is not a for-children-only show as it includes a lot of humour, dance routines and a serious message dealing with the issues of racism and bullying in a sensitive yet humorous way.

Chris Winstanley explained how life in the Algarve was used to help develop the show: “At rehearsals we have all talked about our personal experiences to breathe life into the characters and it has been fascinating listening to how different people have found adjusting to life in Portugal, and also hearing how our natural Portuguese cast and crew members have experienced living alongside a large expat community.”

For further information, please visit www.honkthemusical.webs.com or call 282 789 608 for tickets and reservations