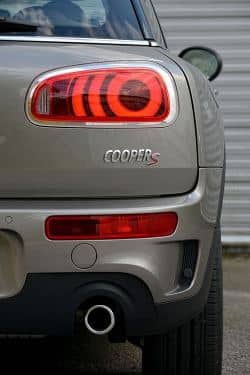 We may be a long way from London but royal wedding fever has spread as far as the Algarve, with street parties and events taking place across the region with members of the community, both British and others, coming together to celebrate the wedding of Kate Middleton and Prince William today (Friday).

There will be numerous street parties organised by members of the community in the Algarve to mark this royal occasion.

Jean Metcalfe and the residents of the Oasis Parque in Alvor will be using a cul-de-sac to host a street party.

She told the Algarve Resident: “We are expecting around 60 people to join us, with residents of all nationalities bringing a dish and watching the ceremony.

“It has been a little hard to explain this tradition of street parties to foreign members of the community but they are all excited to be taking part and we hope everyone will get into the spirit of the event and put on their hats and tiaras for the party.”

Pamela Porter and the residents of the campsite in Albufeira are also hosting their own party to celebrate the royal wedding.

Pamela said: “The event has been a joint effort from everyone here at the site and it looks like it will be a great day with plenty of sing-a-longs, buntings and hats. There are so many of us expats here we really wanted to mark the occasion.”

While more informal gatherings hope to muster up the atmosphere of the traditional British street party, there will also be an official party to watch the ceremony as it unfolds, at the residence of the British Ambassador in Lisbon.

Ambassador Joanna Kuenssberg O’Sullivan told the Algarve Resident: “The wedding of a member of the royal family is always a special occasion and the level of interest is unprecedented with the BBC predicting a global audience of over two billion people.

“I’m sure that many of the 70,000-80,000 British nationals who live in Portugal for at least part of the year are looking forward to this special day. I will be hosting an event at the Ambassador’s residence to celebrate this occasion.”

She added: “The saturation media coverage here shows that interest in Portugal is particularly keen. This may partially relate to last month’s royal visit and the strong longstanding links between the two countries.

“Events like this also create a sense of connection for expats and can serve to renew interest in the mother country.”

Several other parties and events will be taking place today, including a dinner dance from the Royal British Legion at the Holiday Inn Algarve (282 381 184), a dinner to raise money for the Riding for the Disabled Barlavento in Lagos (936 624 239), while children’s charity ACCA will be holding an event in Vale do Lobo (963 494 788).
1″>news