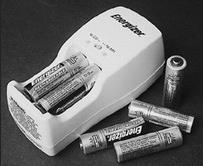 The EU is increasingly recognising the importance of environmental legislation on a European scale.

In the last session before the summer break, MEPs voted through an amended Batteries Directive, which will mark a major step forward in recycling, that is if our own government actually gets behind it. The plan is threefold: to encourage the development of batteries containing smaller quantities of dangerous or polluting substances, such as cadmium, mercury and lead; to secure the ongoing collection of at least 25 per cent of used batteries each year by 2012 and 45 per cent by 2016; and finally, to achieve a minimum level of 65 per cent recycling of the cadmium/mercury/lead from those batteries collected.

These objectives are ambitious, but realistic. All Member States have signed up to them, though some will find them easier than others. In the past 10 years, Belgium, the Netherlands, Germany, Sweden and Denmark have joined the trendsetter, Austria, in introducing their own schemes based on national legislation. In some cases, they have already reached the 2016 target figure. The target would be even higher if it were not for certain other countries bringing up the rear. While six countries have moved ahead fast, in these same 10 years, the UK government has done almost nothing.

The UK has no collection and recovery organisation. It has yet to start a formal consultation with industry as to how to set one up. It has no national law requiring batteries to be collected. Without a legal framework, it is difficult to set up any such national organisation, hence the variety and hotchpotch of local authority schemes and an overall collection rate of less than two per cent.

British readers may remember the chaos when old fridges and freezers were being dumped by the roadside, when the UK government signed up to their recycling, but then dithered over how to do it.

So far, the government’s main contribution to the debate has been to suggest that any used battery collection point should require an official hazardous waste management licence, with all the cost and bureaucracy that goes with it. This is despite the fact that a statement was issued from the European Commission, declaring this was absolutely not necessary and that no other country was even considering it. One of our successful amendments in Parliament was to write into the directive that this would positively not be required.

Collection and recycling of waste electrical items is important for our health, as well as for the environment. In the UK alone, we get through some 30,000 tonnes of portable batteries each year, and recycle less than 500 tonnes. It is time more of us took the issue seriously as consumers and users. It is well overdue that more governments did so too.