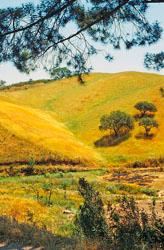 DURING OUR weekly Bible Study at Casa de Jardim in Luz, a question was asked as to the meaning of God’s grace. After a pause, Bishop Eric said that over the centuries this question had not been answered definitively.

In ancient Judaism, grace was thought to be achievable by keeping the Law, making daily sacrifices and repenting of sins: yet there are many examples to be found in the Old Testament of ex gratia mercy given by God.

John’s Gospel in the New Testament says that Christ brought grace with him and gave it to us (Ch:1, v 16). It cannot be earned, but is freely given and is a fundamental concept of Christianity, offering redemption from sin. Good works and regular worship are more a result of grace received than a way to achieve salvation, which requires faith alone, according to Paul’s epistle to the Ephesians (Ch:3 v17).

So where does that leave us? – still walking the walk along the road to eternity, doing our best to follow in His footsteps and often falling by the wayside. Someone wrote that:

“God’s grace is for the benefit of all people and all life on earth. It differs from justice and mercy because mercy is not getting what we deserve, justice is receiving that which we do deserve and grace is being granted what we do not merit.”

I think that grace is the love and mercy of God, always there: perhaps revealed in a rush of joy at the wonders of nature, by an unexpected smile or as one of a congregation, united in worship and song.