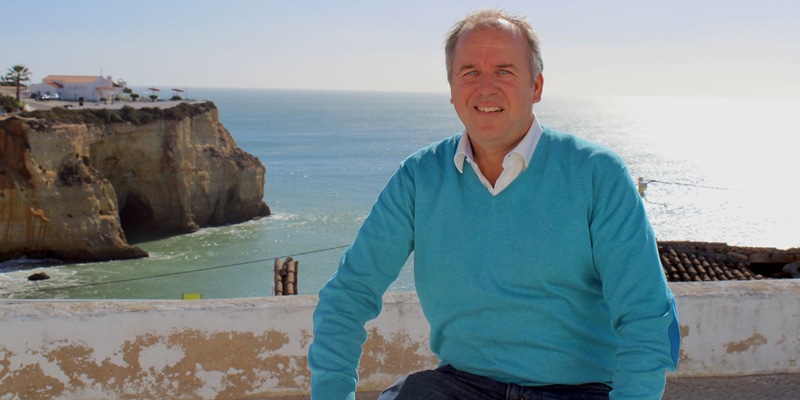 Since 2002, Bart Hoogwerff Eikelenboom and his wife, Annelies, visited the Algarve frequently from their homeland of Holland. Before deciding to move to the region, they already had their first experience with an Algarvean renovation in 2013. Their 150-year-old farmhouse in Carvoeiro was transformed into Casa Sem Pressa (meaning No Rush), where the family lived for a year while their current house was being built.

Following the completion of Casa Sem Pressa, the builder who was leading this project ended his business. Bart and Annelies chose to take over, inviting Paulo Pinto and Francisco António to the team — both with over 30 years of experience and whom Bart describes as being two of the prior company’s “best employees”. And thus in 2015, Oaktree Projects was born.

With Bart’s background in custom home installations and Annelies’ in indoor architecture, the pair knew the Algarve’s abundance of abandoned properties offered the perfect opportunity. Though they had never worked together until now, it did not take long to discover their strengths: Bart handles the business part of the operation while Annelies tackles the creative side. The Oaktree team has since completed eight projects in the area and currently has two in the works. With a focus on “tradition with a twist”, the couple breathes life into properties that were otherwise left for dead. “We try to give each house an old look in a modern way,” Annelies says. “Every project is special in its own way.”
Oaktree’s most recently completed Carvoeiro project, Casa Magnolia, was a “total ruin” when they purchased it four years ago. Now, there is nothing else like it in the neighbourhood — though getting there took a lot of hard work. Being abandoned for 25 years, the property had a crumbling ceiling, roof littered with holes and one section that was entirely collapsed. Additionally, the Oaktree team had to work around the nearly 150-year-old house’s outdated features (such as having no indoor bathroom). While this old style presented some complications, it also had a traditional charm — like the patio’s giant rain-collecting cistern, which Oaktree fully restored to make functional again. After roughly a year and a half, the three-bedroom Casa Magnolia was finished as of early this year and it looks like a totally different house.

From the additions of marbled bathrooms to the handmade windows inspired by the 1920s Amsterdam school of architecture style, and every detail in between, the revamped property is as modern and attractive as it is practical. The backyard leads through a lush garden towards an elevated pool — an area hard to believe was totally inaccessible just a few years prior. The one aspect Oaktree did not have to alter is the unparalleled view of Carvoeiro, where the whitewashed city meets golden cliffs set alongside the Atlantic. From the front porch, one can even see another of Oaktree’s completed projects (appropriately named The BeachHouse sitting merely 30 metres from the shore).

Bart and Annelies only choose old abandoned properties set in prime locations. Though the pair visits many potential sites, Bart says they usually only find one out of every 10 for their growing portfolio of projects waiting to happen. Once a property is transformed, the company either sells it or rents it, like with Casa Magnolia and The BeachHouse, with Elite Rentals handling the bookings and management of both properties. Additionally, rental guests are treated to Julia Kemper wines and Rituals bath and shower products, courtesy of Oaktree Projects.

All of Oaktree Projects’ renovations are made possible by solely working with local, Portuguese suppliers. Keeping in mind the Algarve’s changing climate — whether it be the frigid chill of winter or the sweltering humidity of summer — the company prides itself on balancing such outside elements by choosing only the highest-quality materials for the job. And with every renovation different than the last, the company stresses the importance of highlighting each house’s individuality.

Casa Louis (named after the family’s rabbit) is one of their current projects. Construction began earlier this year, and Bart said he anticipated completing it by the end of 2019 and then planned to sell. The cosy three-bedroom house sits on Carvoeiro’s hillside, with one of the indoor renovations being the old stable turned into a bedroom. Around the corner outside, there is a small flight of stairs that leads to where the Oaktree team carved a rooftop nook for a beyond breathtaking view of both Monchique and the ocean. While working to put the finishing touches on the property, Paulo and Francisco discussed the hidden potential in properties like this: “We like that we have to look at what can be done to make this a good house again,” they say. “It gives us more joy than just creating a new one.”

As production on Casa Louis wraps up, Oaktree Projects will continue working on its other project — Casa Lanterna, which is over 200 years old and located across from the Igreja Matriz church, in Lagoa. Much like their employees, both Bart and Annelies prefer the challenge of reviving something old rather than creating from scratch: “It’s not easy work,” Bart says. “But when it’s finished, it all becomes worth it.” 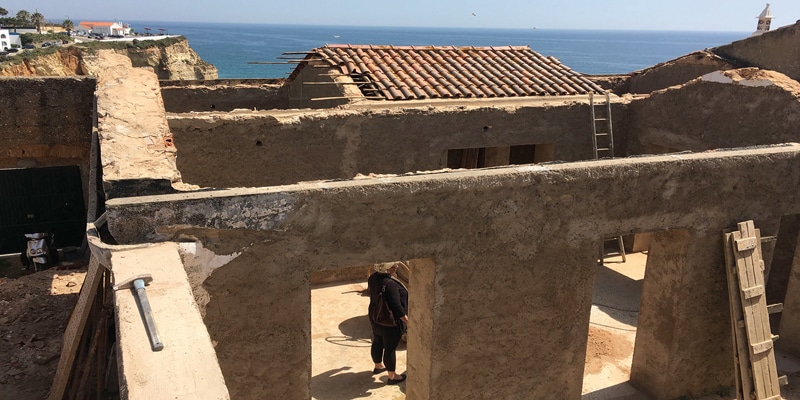 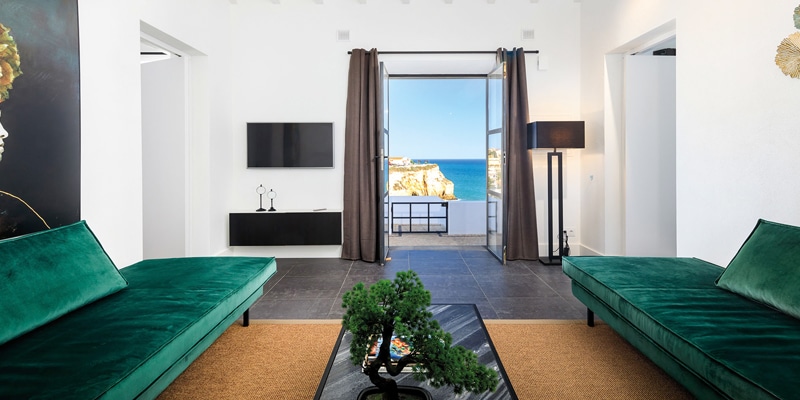 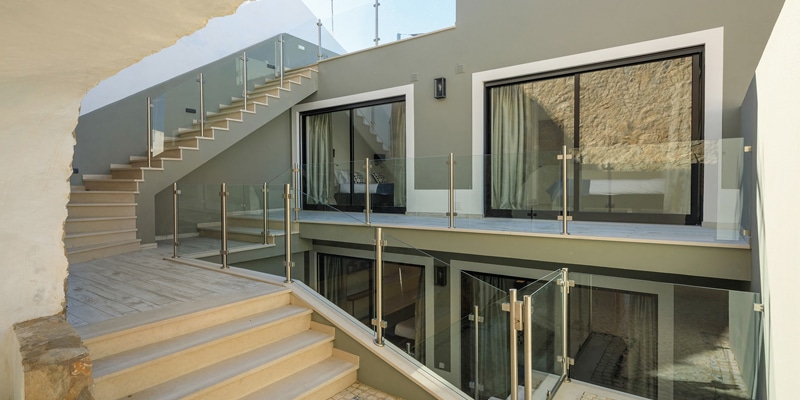 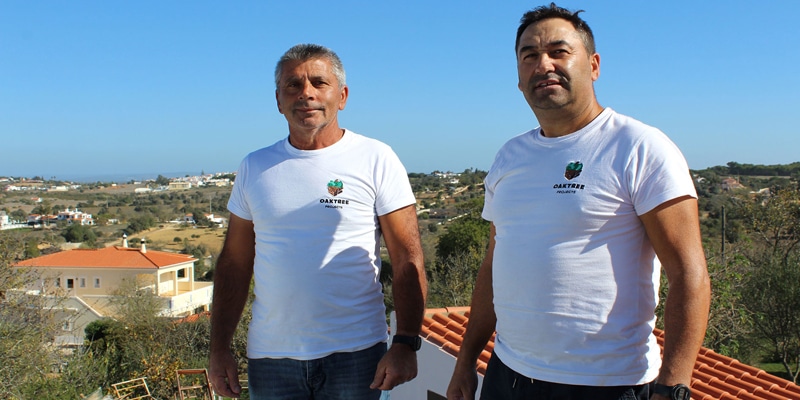 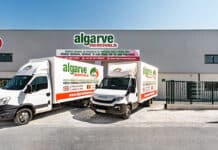 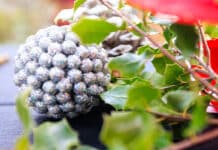 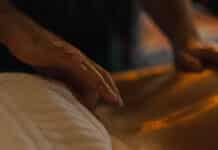 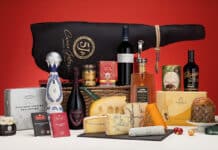 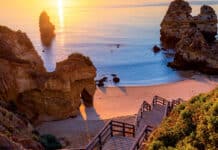 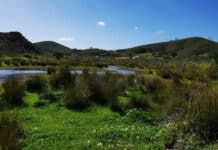